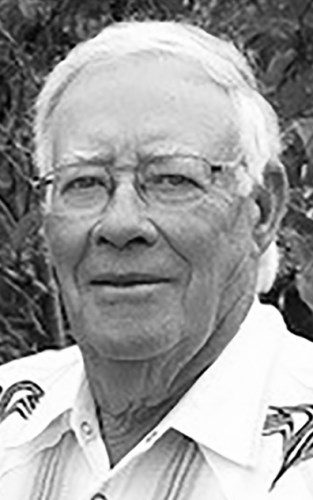 BORN
1944
DIED
2021
FUNERAL HOME
Ross Funeral Service
123 - 4th Ave East
Assiniboia, SK
Wilfrid Lethbridge Wilfrid Allen Lethbridge was born to parents Wilfrid and Doris (Gleave) on March 25, 1944 in Lafleche, Sask. He was the youngest of three children. He attended Hewson school and later Limerick where he completed his grade 12. Wilf grew up on the family farm where he began farming at a very young age due to his parents failing health. Wilf took the entire crop off all by himself at the age of 15. Without even having had a drivers license he managed to get the crop to the elevator and complete this task all alone. He learned how to hunt and trap with his dad and spent many winters hunting coyotes and trapping muskrats which he skinned himself and would sell. Wilf married Elaine (Mielke), of Killdeer, Sask., on Sept. 18, 1971. They started their life together on Wilf's grandfather's homestead where they were blessed with two children, Colin in 1973 and Coralee in 1974. In 1975, Wilf built them a new house on the farm where they have resided for the last 46 years. Aside from farming, Wilf also spent time as a telephone lineman and brand inspector. He also had a strong love of politics and ran for the conservative party in the 1970's. Wilf was a strong believer in community and served on many boards including the RM, Co-op and Wheat Pool. He was very passionate about education. He wanted to ensure that the children in and around Limerick would have access to learning and extra-curricular opportunities. He fought extremely hard to keep not only the Limerick school open but many surrounding schools as well. He served as school trustee on the Red Coat School Board and continued in that position when it was later the Prairie South School Division. Wilf had a love of history and helped compile stories for both Limerick History books. He had a wealth of knowledge regarding people and homesteads past and present in the area.Wilf enjoyed many camping trips with his family, often heading to BC to visit family. Wilf and Elaine had just recently started spending the winter months in Arizona where he had already made many new friends. Up until the day of his passing, Wilf was still actively farming along side his son. He loved cattle and helped Colin to build the current herd he has now. Wilf loved that working cattle was something he could share with the entire family including his three grandchildren who spent many branding and sorting days as well as some wild cow chases in the truck along side their grandpa. He loved calving season, harvest and bringing in the bales. He was a family and community minded man who enjoyed coffee with the neighbors and a good auction sale. He enjoyed cards, hunting and fishing. He taught hunter safety for many years at the Limerick School. He loved his family and was so proud of his children and grandchildren. You could find him at the rink, ball diamonds or anywhere his grandchildren were playing sports. Even the dance studio on occasion! He was blessed to have spent the last 50 years with the love of his life, Elaine. Wilf was predeceased by his brother Jack (1944), mother Doris (1980), father Wilfrid (1984), brother-in-law Earle Gieg (1997), sister Vera (Lethbridge) Gieg (1997), nephew Austin Mielke (1999), father-in-law Bill Mielke (2002), brother-in-law Ed Mielke (2012), sister-in-law Sherry Mielke (2012), nephew Lloyd Gieg (2018). Wilf is survived by his wife Elaine (Mielke), son Colin (Shannon), grandchildren Shelby, Kayla and Rylan, daughter Coralee, mother-in-law Bertha Mielke, brother-in-law Emil (Gwen) Mielke, brother-in-law Ervin Mielke, sister-in-law Twyla Mielke, brother-in-law Eugene (Glen) Mielke, brother-in-law Bill (Glenda) Mielke, sister-in-law Bonnie Kleinfelder, brother-in-law Barry (Dora) Mielke as many beloved nieces and nephews. Funeral Service was held on Monday, September 27, 2021 at the Assiniboia Alliance Church officiated by Lionel Moffatt. Tribute was given by son Colin. Pallbearers - Tracy Lethbridge, Clayton Lethbridge, Duncan MacMillan, Wacey Mielke, Dylan Mielke and Lance Mielke. Interment followed at the Limerick Hillcrest Cemetery. Donations in Memory of Wilf can be made to the Broken Arrow Youth Ranch, Box 44, Wood Mountain, Sask. S0H4L0. Fond memories and expressions of sympathy may be shared at www.rossfuneralservice.com for the Lethbridge family.

Published by Assiniboia Times from Oct. 8 to Nov. 7, 2021.
To plant trees in memory, please visit the Sympathy Store.
MEMORIAL EVENTS
To offer your sympathy during this difficult time, you can now have memorial trees planted in a National Forest in memory of your loved one.
Funeral services provided by:
Ross Funeral Service
MAKE A DONATION
MEMORIES & CONDOLENCES
0 Entries
Be the first to post a memory or condolences.