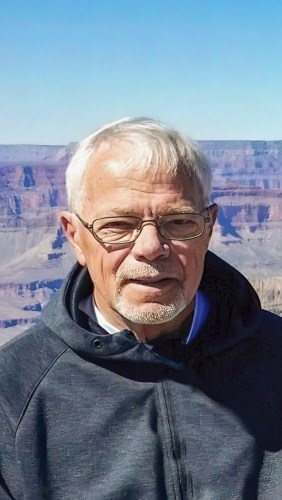 BORN
1943
DIED
2021
FUNERAL HOME
Snodgrass Funeral Home
301 Macleod Trail
High River, AB
John Richard Wildfong, born in Cambridge (Hespeler), Ontario, passed away peacefully on December 24, 2021, in Okotoks, Alberta at the age of 78 years. He will be dearly missed by his wife Joanne and loving children Donald Wildfong, Scott (Jodi) Wildfong, Jeff (Tina) Cordingley and Jennifer (Steve) Cordingley. He will be fondly remembered by grandchildren Sam, Max, Kayla, Jesse and Avania, sister-in-law Kathy Wildfong and many nephews and nieces. The youngest of two boys born to Frank and Esther Wildfong, he now joins those who went before him; his parents, brother Doug and sister-in-law Marion.
Jack played hockey for the Hespeler Shamrocks, and later, the Hamilton Red Wings, an affiliate of the Detroit Red Wings (Memorial Cup, 1962; inducted into the Hamilton Sports Hall of Fame, 2015. He loved hockey and took great pleasure in watching his grandchildren play the sport.
Jack had many careers through life, from sheet metal work to real estate to project management and consultation. In 1992, he and his wife moved to Calgary, Alberta where they have resided ever since. Not one to sit still, he took great pleasure in fixing things and renovation; tackling challenges head on until he managed to solve them.
As one who was innately social, there was no greater pleasure for Jack than spending time in the company of family and good friends. He was a great conversationalist, debater and jokester.
Sincere thanks and appreciation to staff at South Calgary Health Campus for their diligent treatment, and the staff and volunteers at the Foothills Country Hospice for their compassionate care and expertise. A celebration of life and legacy will be held at a later date. Donations in memory of Jack would be appreciated to Lisaard & Innisfree Hospice.
Published by The Cambridge Times on Jan. 14, 2022.
To plant trees in memory, please visit the Sympathy Store.
MEMORIAL EVENTS
To offer your sympathy during this difficult time, you can now have memorial trees planted in a National Forest in memory of your loved one.
Funeral services provided by:
Snodgrass Funeral Home
MEMORIES & CONDOLENCES
Sponsored by Snodgrass Funeral Home.
0 Entries
Be the first to post a memory or condolences.