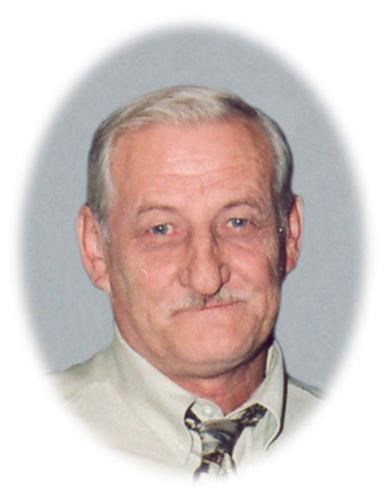 Donald Roger Latta, aged 69, passed away peacefully, closing his beautiful blue eyes, with his family by his side at St. Joseph's Hospice on March 20, 2016. Don was born on October 4, 1946 in Fort William, Ontario. He began working for Fort William Telephone in 1970 and retired 35 years later from TBayTel where he made life long friends. One of Don's favourite past times was playing darts. He considered it a compliment when he was accused of being a professional trying to win a stuffed lion in Las Vegas. Don also had great card shark skills honed through a lifetime of games with anyone willing to play. Holidays would not have been complete without the noise of an extended family game of 31. His big family was very important to him. Don was predeceased by his parents, Harry and Katherine (Bobyk) and his brother, Brian. No doubt Harry and Brian have the deck of cards ready and waiting. He will be remembered and tremendously missed by his wife of 45 years, Lana (Tapak), daughter Dawne and son Ryan (Lisa) and granddaughter Kaylah of St. Paul, MN, brothers Larry (Bev), Ricky (Sheelagh) and Terry (Mary) of Oshawa, ON and sisters Harriet, Sandra (Ron) Fowler and Judy Marcus and a great many nieces, nephews and cousins as well as brother in laws Richard (Laraine) Tapak and David Tapak. Funeral services will be held on Tuesday, March 29, 2016 at 11:30 a.m. at St. Peter's Church celebrated by Rev. Terry Sawchuk. Mass will be held in the church and internment will follow at a later time. If friends desire, a donation to a charity of their choice, in lieu of flowers, would be greatly appreciated.

On-line Condolences
may be sent to
www.blakefuneralchapel.com
Published by The Thunder Bay Chronicle Journal on Mar. 24, 2016.
To plant trees in memory, please visit the Sympathy Store.
MEMORIAL EVENTS
Mar
29
Funeral Mass
11:30a.m.
St. Peter's Church
ON
Funeral services provided by:
Blake Funeral Chapel
MAKE A DONATION
MEMORIES & CONDOLENCES
Sponsored by Blake Funeral Chapel.
4 Entries
Lana, I am so sorry to hear about Don. Thinking of you.
Jeanette
Jeanette Barron
March 29, 2016
Larry and Bev - so sorry to hear of the loss of your brother and brother-in-law. My thoughts and prayers are with you.
Jean Currie
March 26, 2016
Our deepest condolences to you Lana and your family. Treasure the memories.
Barry and Fay Pettypiece
March 24, 2016
Dear Lana, Dawne and Ryan
Wayne and I were saddened to hear of Donald's passing.
I will treasure the many happy times we shared on our visits
To Thunder Bay. . Lana yourself and Don always had a place for us to stay. May he rest in peace.
Cousin Elsie and Wayne.
March 24, 2016
Showing 1 - 4 of 4 results