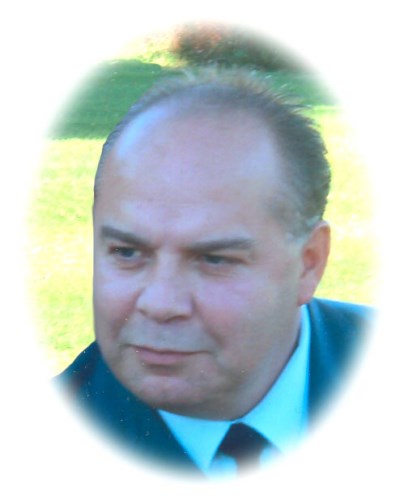 It is with deep sadness that we announce the death of James (Jimmy) Yaroshuk. Jimmy died of a heart attack on July 15 while residing in the Dominican Republic. Jimmy son of Linda Bannon, Stepfather Gene A. Bannon. Brother of Michael and Jason Yaroshuk (Brady and Taylor) and nephew Devin Yaroshuk and also survived by Michelle Yaroshuk and Stepson Jacob Bogle. Jimmy was born in Fort William on September 16, 1966. He received his education at Westgate High School. He was employed at McDonald Consolidated prior to joining the Armed Forces. Following Basic Training in St. Jean, and QL 3 Crewman training in Medford, he joined B Sqn, The Royal Canadian Dragoons in the spring of 1998. He was immediately employed as a driver in the SSM's, a testament to his maturity, reliability and extreme competence. His culinary skills were legendary and when not selling hotdogs and burgers off the ramp of his M113 on top of Clement Hill, Jimmy was flipping steaks on his deck every weekend for the majority of B Sqn as “Jimmy's Place” quickly became the place to find B Sqn soldiers. After doing his time in the echelon, Jimmy became qualified as a Leopard driver. He was employed at the Armour School for the summer of 2000 driving young Phase 1V officers up and down the Lawfield Corrider Monday to Friday, and dragging them around SweetWater's and The Hill Top on Friday and Saturday. Jimmy was a strong soldier and mentor to all, regardless of rank. He spent his final years with the Dragoons in A Sqn and deployed to Bosnia in 2001 as part of OP Palladium ROTO 8. Jimmy successfully applied for a Voluntary Occupational Transfer to Airframe Technician and after completing his training was posted to CFB Trenton where he worked as a technician on the C-130 Hercules aircraft. Following a long struggle with a persistent back injury he suffered while serving overseas. Jimmy was medically released from the Canadian Forces and decided to enjoy his retirement in the sun and sand of the Dominican Republic. Jimmy was a dedicated fan of the Nascar Races and his hobby was collecting Nascar collectibles. He also traded valuable collectible hockey and baseball cards with many other hockey fans. His favourite team was the Philadelphia Flyers. Jimmy was predeceased by his father Michael Yaroshuk Sr. on November 26, 2000 and uncle Ron Hladysh 2010. He was also predeceased by his Grandparents, Gerald and Mary Hladysh, Cecil Yaroshuk and Pauline Lewandoski. He will be greatly missed by his Aunt Geraldine Lee, Uncle David Hladysh and families. Many Cousins and God children. Friends and family are invited to Jimmy's Celebration of Life to be held at the Blake Funeral Chapel for prayers on Saturday, August 8, at 11:00 AM.

On-line Condolences
may be sent to
www.blakefuneralchapel.com
Published by The Thunder Bay Chronicle Journal on Aug. 7, 2015.
To plant trees in memory, please visit the Sympathy Store.
MEMORIAL EVENTS
Aug
8
Celebration of Life
11:00a.m.
Blake Funeral Chapel
200 S. May St., Thunder Bay, ON
Funeral services provided by:
Blake Funeral Chapel
MEMORIES & CONDOLENCES
Sponsored by Blake Funeral Chapel.
9 Entries
I wish to give my condolences to Jimmies family and friends. I am shocked at his passing at such a young age. He will be missed
Jim Syncox
August 10, 2015
I was shocked to read about Jimmy's passing. So sorry,Linda & family. We knew him when he was born..as we were neighbours on Brown St; our kids played together. Thinking of you. Take care.
Pat McCron
August 8, 2015
Sorry for your loss thoughts and prayers are with you all.
christine vucko
August 8, 2015
our deepest condolences. sincerely Rob and Ruthann Isbell
Ruthann Isbell
August 8, 2015
Linda, we heard last week from our son Mike, about your loss. Thinking about him, brought memories of his Neebing Minor hockey days. He had a tough nosed way about him as a young guy, but you always knew it was a bit more of a bark than a bite. None of us should lose our children before us... but we are reassured in the memories they brought us. We are thinking about you to-day...
Ron and Donna Kenney, Mindemoya, ON
August 8, 2015
Deepest condolences to the family.
Wendy Scott-Ligate
August 8, 2015
Lots of great memories of Jim in our younger days R.I.P you will be missed
August 8, 2015
We were saddened to hear about Jimmy. It is always a terrible loss to lose child, no matter what their age is. We had never met Jimmy but do know that he was a loving son to you. Hugs from Nancy and Stuart McNabb
Nancy McNabb
August 8, 2015
HOW DO WE SAY GOOD BY TO ONE WHO MEANT SO MUCH TO US.THROUGH THE VAIL OF TEARS WE FING PEASE KNOWING HE IS IN NO PAINE AND LIVE IS GREAT IN THE ARMES OF JESSUS.HE IS WITH HIS DAD AND OTHER RELATIVES.WE WHO ARE LEFT BE HIND WILL GREAVE HIS PASSING.BUT ONE DAY WE WILL SEE HIM AGAINE..LOVE YOU JIMMY ALL MY LOVE LUCY YOUR COUS
LUCY WALTER PIWOWARSKI
August 7, 2015
Showing 1 - 9 of 9 results