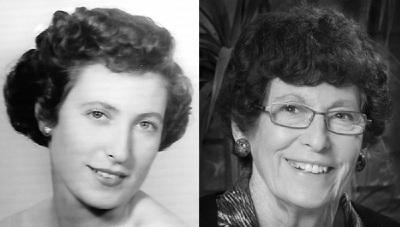 FLEMING, LILIAN Alice It is with great sadness that we announce the passing of our mother Lilian Alice Fleming, 86, of Tsawwassen BC, peacefully on Tuesday, March 24, 2015. Lilian was predeceased by her husband of 58 years, Earle, who passed away June 23, 2014. She is survived by her three children: Scott, Sandra Beard (Jonathan), and Lynda Mageau (Dwayne); and her beloved grandchildren Jordan Beard (Erica), Devon Beard Ormerod (Ryan), Danielle Mageau and Brittany Mageau. Lilian was born in Calcutta, India, the only child of her Scottish parents Walter and Lily Walker. She was educated in the Loreto Convent in the Himalayan mountains just outside of Darjeeling during the period when Mother Teresa served her mission there. Upon graduation in 1945, Lilian went to Glasgow, Scotland to study in a secretarial college returning again to Calcutta where she worked for just over three years. In 1951 she emigrated to Sydney, Australia where she once again joined her parents. In 1953 Lilian was selected from several hundred applicants to become one of three Canadian Pacific Airline's "Air Hostesses" to fly the inaugural South Pacific jet service on their new "Comet" aircraft. However, fate had a hand in her future when the aircraft crashed on takeoff in Karachi, Pakistan during its delivery flight to Sydney. The next day, Lilian and her fellow crew members were to fly the Comet's first flight across the Tasman Sea to Auckland, NZ, with a full load of journalists. In what became an early example of Lilian's pluck and courage, she was undeterred in her love of flying and was instead trained on the DC-6B aircraft, which she flew for two and a half years between Sydney, Auckland and Fiji. During this time, Lilian was based in Korolevu, Fiji. It was there that she met her husband-to-be Earle who was then a First Officer also flying the South Pacific route. The "beach resort" romance led to their marriage in Sydney, Australia in 1956. However, those were the days when the jeweled evidence of an engagement resulted in an Air Hostess having to immediately resign their position, which Lilian had to do. Shortly after their wedding Lilian and Earle relocated to Edmonton for three years before permanently settling in Tsawwassen in 1960. The house that they had designed together remained their family home for almost 53 years. Lilian took to the skies once again in 1978 when she, and several other "retired" former flight attendants, were hired by Pacific Western Airlines to fly during their busy charter season. Within the company, this group of new hires was affectionately referred to as the "re-treads". But months turned into years, and airline amalgamations resulted in Lilian once again coming home to fly with Canadian Airlines International. At age 65, she retired after close to 16 years of bringing her warmth, life experience, boundless energy and genuine love of passengers, to the skies. Dozens of letters of commendation and thanks from passengers and colleagues proved that "re-treads" could indeed have a long and successful second career. In her retirement, Lilian enjoyed cruising with her family, caring for their home, and relishing in the companionship of their beloved West Highland White Terrier. A Celebration of Life will be held on Sunday, May 3rd from 12-4pm at: 4446 Dawn Dr. Ladner. All of her neighbours, friends and airline colleagues are warmly invited to attend to share stories, memories and some good laughs.

Published by Delta Optimist from Apr. 15 to Apr. 17, 2015.
To plant trees in memory, please visit the Sympathy Store.
MEMORIAL EVENTS
To offer your sympathy during this difficult time, you can now have memorial trees planted in a National Forest in memory of your loved one.
MEMORIES & CONDOLENCES
6 Entries
I Am so sorry to hear of Lilians passing. She worked on many of my flights, and sharing the same surname we had fun times with that I'll say.
Great times and very happy memories.
My condolences to the family
Stan Fleming
May 3, 2015
We're so very sorry to learn of Mrs. Fleming's passing. Her remarkable life is an inspiration. Our heartfelt condolences to the whole family,
Suzanne Clouthier and David Wei
April 16, 2015
We had so much fun, listening to her stories but especially Lilian's positive attitude of life.
Now, Lilian, may you fly to greater heights.
Wishing your family the comfort in the wonderful memories of a life well lived.
Thoughts and prayers are with you,
In Loving Memory,
Pat Wallace
Pat Wallace
April 16, 2015
So long Lilian Girl, the skies were the limit and now you are soaring with Earle
Will always remember the stories about our puppies and your love for Hamish and Earle as we flew the skies
Tessa D'Aguiar
April 14, 2015
I had many flights with lilian. She was an inspiration to all that were lucky enough to fly with her.She made me laugh on more than one occasion.My condolences to all the family.
Lea Stout
April 14, 2015
Sandra, Jonathan, Jordan & Devon: Soo sorry to read about your loss. She sounds like an amazing woman! My thoughts are with you during this difficult time.
Diane M ...
DIane Mitchell
April 11, 2015
Showing 1 - 6 of 6 results