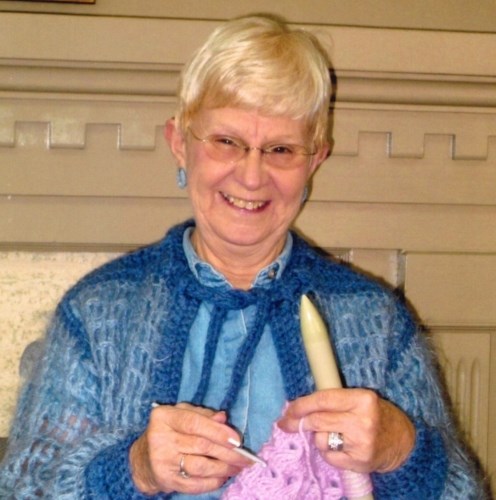 BORN
1937
DIED
2021
FUNERAL HOME
Kitching, Steepe & Ludwig Funeral Home
146 Mill Street North
Waterdown, ON
The death of Shirley Stirling on Thursday March 25, 2021 at St. Peters Hospital has left a void in the lives of many people across the country. She lived with her loving husband and partner Don of fifty - two years of marriage. She has three children: Bruce of Flamborough, Dwayne and his partner Cindy of Greensville, and Nancy and her husband David Guhl of Courtenay, B.C. Her pride and joy were her grandchildren; Aiden and Elizabeth of B.C., Jordan of Flamborough. and Lee of St. John, N.B. Shirley lost her sister, Marjorie Hornsby of Midland in August of 2020. She had several cousins living in the Midland area including her 'kissin cousins' Sharon and Jim Scott, Mary Lee Craig, and Kirk and Jean Rutherford. Shirley also leaves behind her brothers-in-law Lorne and his wife Dee of Cayuga and Bill and his wife Carol of Ancaster as well as several nieces and nephews. Shirley was born in Midland to Cora and Len Wiles. She attended elementary and high school where she participated in many activities; worked diligently on her studies and was an honour role student every year. After high school she attended Toronto Teachers College and graduated with honours. She taught in Midland for three years and then moved to Burlington where she taught intermediate cognitively impaired students for several years. Shirley and Don married in August 1968 and started a very busy life together. Shirley learned to knit and crochet when she was five years old. She learned quickly and was soon making items for family and friends. Shirley enjoyed her craft every day, with several projects on the go. She gave hundreds of baby items, and adults items to hospitals, shelters, and charities. With her positive, cheerful, and often humourous approach she met and made many friends. She never criticized. Shirley and Don loved to dance. Every Saturday night (when home) for over thirty years they were at a dance enjoying live music, many friends, and lots of dancing. They were longtime members of the St. James United Church of Waterdown. Shirley was a director (retired) of the very popular Benjamin Bunny Nursery School. Life revolved around family and each year the family enjoyed two weeks at beautiful Sand Lake in Plevna, Ont. The large clean beach and the safe, clean water along with many happy memories were often in their thoughts during the year. Shirley and Don loved to play cards- usually two to three times a week. Again, they played with couples from a large group of card playing friends. In retirement, Shirley and Don had many more interests. Shirley was a friend to everyone she met. She was always willing to help. Yes, she will be missed. Visitation will be held at KITCHING, STEEPE & LUDWIG FUNERAL HOME, 146 Mill St. N., Waterdown on Saturday, April 10, 2021 from 12:30-1:30 p.m. Due to capacity restrictions, friends and relatives must RSVP on the funeral home website or by calling 905-689-4852. A Private Funeral Service will begin at 2:00 p.m., and will be livestreamed. If desired as expressions of sympathy, in lieu of flowers, donations made to St. James United Church, The Salvation Army or the Canadian Cancer Society would be sincerely appreciated. For the RSVP and Livestream links, and to sign the Tribute Wall: kitchingsteepeandludwig.com

Published by Flamborough Review on Apr. 2, 2021.
To plant trees in memory, please visit the Sympathy Store.
MEMORIAL EVENTS
Apr
10
Visitation
12:30p.m. - 1:30p.m.
Kitching, Steepe & Ludwig Funeral Home
146 Mill Street North P.O. Box 184, Waterdown, ON
Apr
10
Funeral service
2:00p.m.
KITCHING, STEEPE & LUDWIG FUNERAL HOME
Private Funeral Service will begin at 2:00 p.m., and will be livestreamed, kitchingsteepeandludwig.com, ON
Funeral services provided by:
Kitching, Steepe & Ludwig Funeral Home
MAKE A DONATION
Please consider a donation as requested by the family.
MEMORIES & CONDOLENCES
Sponsored by Kitching, Steepe & Ludwig Funeral Home Funeral Home Limited.
3 Entries
It was an honour to have met Shirley, We will always remember her for her generosity and her willingness to share.
Philip ,Roberta,Nia
Friend
April 16, 2021
All my sympathy to you and your family. Keep the great memories close to your heart. Shirley will be missed greatly.
Susan Bunz (McLean)
April 5, 2021
Jean and I are so sad to hear of the loss of Shirley. When I was very young Shirley was my big sister. Always there looking out for me. We didn't visit much when we got older as life was always in the way. When we did visit it was like we were never apart. What a great person she was. I will miss her very much.
Love Kirk & Jean
Kirk Rutherford
Family
April 4, 2021
Showing 1 - 3 of 3 results