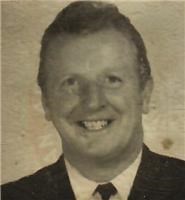 BORN
1930
DIED
2021
FUNERAL HOME
Alternatives Funeral & Cremation Services - Kamloops
604 Tranquille Rd
Kamloops, BC
The family of James Barlow with heavy hearts announce the passing of a brave soldier who fought through 1 war and many health battles. He has gone to be with Joan his first wife of 56 years who passed away in 2010. An angel of a woman to put up with him and 4 Boys. He will be sorely missed by his amazing, loving 2nd wife Marla, his sons Jay (Luci), Kevin (Vicky), Glen (Sue), Bruce (Janice), grandson Brock and step-family Barb (Ivo) and Cliff (Gloria). There are far too many grandchildren and great-grandchildren to name who loved him dearly.

Not to be forgotten dad's best friend Ken Hall who's smiling face kept him alive while battling cancer.

Jim was born in Blackpool, England, as a child he spent a lot of play time in bomb shelters. After the war at 17 years of age he joined the British Navy. One of his first tours of duty was on a submarine. Leaving dry dock and entering the English Channel the captain called dive dive, dive the bow planes stuck in full dive and they dove into the bottom of the English Channel. They all survived. It was the beginning of Lucky Jim's story.

He transferred to the Canadian Navy in 1949. During the war in Korea, he became a Canadian Veteran. He went on the first expedition to Easter Island on the supply ship Cape Scott.

On one tour of duty, he was proclaimed to be the biggest legal coke dealer on the high seas. He was famous in the Canadian and US fleet for a purchase of 50 dollars' worth of coca cola. It arrived in 2 large delivery trucks. Someone made a mistake. 300 cases of 24 bottles each that filled all available space on the Canadian destroyer. While at sea it soon got out about the availability of coke on the Canadian destroyer and was transferred ship to ship by rope transfer.

He was a lovable man, quick with a story of
his adventures and generous to a fault.
He will be missed.
We all love you Lucky Jim.

We all want to thank Dr. Dickenson, Dr. Baker, Dr. Devilliers and the nurses in Royal Inland Hospital.

As per his wishes there will be no service.

In the memory of Jim, a donation to the SPCA or visit a Legion and talk to a veteran would be appreciated.

Arrangements entrusted to Alternatives
Funeral & Cremation Services 250-554-2324
Condolences may be expressed to the
family from www.myalternatives.ca
Published by Kamloops This Week from Nov. 16 to Dec. 15, 2021.
To plant trees in memory, please visit the Sympathy Store.
MEMORIAL EVENTS
To offer your sympathy during this difficult time, you can now have memorial trees planted in a National Forest in memory of your loved one.
Funeral services provided by:
Alternatives Funeral & Cremation Services - Kamloops
MEMORIES & CONDOLENCES
1 Entry
Our sympathies for your loss...
Joanne White
December 2, 2021
Showing 1 - 1 of 1 results