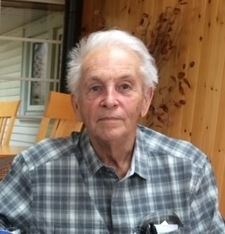 BORN
1946
DIED
2021
September 15, 1946 - October 2, 2021
Peacefully, on Saturday, October 2, 2021, at Orillia Soldiers' Memorial Hospital, Dana May passed away, with his wife at his side, holding his hand. He was 75 years of age.
He was born in Huntsville, Ontario on September 15, 1946, to (Robert) Harvey May and Gladys May (nee Birchall). He was educated in Huntsville, and on August 14, 1971, married Elsie May (nee Neva), also of Huntsville. They recently celebrated their 50th wedding anniversary.
For Dana's first job, he was self-employed at his family's business, Huntsville Marine Ltd., which launched in the mid 1960s. After the family business was sold, he was employed at Huntsville Hospital and Humber Memorial Hospital as a stationary engineer, and finally at the City of Barrie Operations Centre as superintendent, until his retirement, at which time he and Elsie were happy to return to Muskoka, making their home near Port Sydney.
Dana was not a traveller, but he enjoyed the simple things in life: having a meal with family at a local restaurant, attending community events, boating, TV reality shows, vegetable gardening, and most of all, spending time with family. He was a volunteer firefighter at Huntsville Fire Department, Station 2 for a number of years. For many years, he was a member of the Historical Automobile Society of Canada, having restored a few antique cars, the most recent being a 1938 Buick Roadmaster, which was Dana's and Elsie's wedding car.
Dana is survived by his beloved wife, Elsie, of Port Sydney; his dear children Kristianne, of Smiths Falls, and Timothy, of Port Sydney. Dana was the proud grandfather of Jacob, of Smiths Falls. He was the cherished older brother of Brenda Dennis, of North Vancouver, B.C, and dear brother-in-law of Ensio Neva (Jackie) of Ottawa, and Peter Neva (Tracey) of Huntsville. He is also survived by several nieces and nephews, whom he loved. We will all miss his quiet manner and dry sense of humour.
Interment has taken place at Hutcheson Memorial Cemetery, and a memorial will be planned for later.
For those wishing to make a memorial donation, the family asks that you please consider Orillia Soldiers' Memorial Hospital, where Dana spent many months as an inpatient over the past three years; or Huntsville District Memorial Hospital, where he attended the Dialysis Unit as an outpatient.
Published by Muskoka Region News on Oct. 7, 2021.
To plant trees in memory, please visit the Sympathy Store.
MEMORIAL EVENTS
To offer your sympathy during this difficult time, you can now have memorial trees planted in a National Forest in memory of your loved one.
MEMORIES & CONDOLENCES
4 Entries
Elsie, my deepest condolences to you and your family for the loss of Dana. My thoughts and prayers are with you. May He Rest In Peace ❤
Sonia Facchini
Coworker
October 13, 2021
Elsie,
Saddened to hear about the loss of your beloved Dana. I know that the love and support of your family and friends will be there to help you through your grief.
Della Rankin
Della Rankin
Coworker
October 12, 2021
Elsie - so sorry to hear of Dana's passing. What a special man he was. Although I never met him in person I do remember many fond family stories you shared with me at work. I know you are already missing him so much. Take care Elsie. Best to you and your family during this difficult time. Patty Maher
P Maher
Friend
October 12, 2021
May the love of friends and family carry you through your grief. So very sorry for your loss E. Thoughts and prayers are with you and your family. xoxo
Karen, Chris and Michael Sisson
Friend
October 12, 2021
Showing 1 - 4 of 4 results