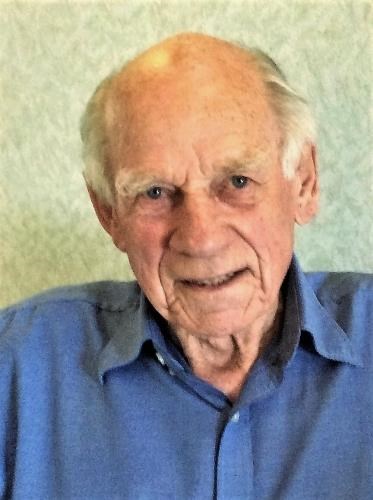 It is with deep sorrow that we announce the death of Geoffrey Campbell Marlow from West Vancouver, British Columbia, who passed away on December 31, 2020, at the age of 98, a month short of his 99th birthday. Geoffrey was born January 28, 1922, in Duncan, BC

Geoffrey finished his education in England at the Camborne School of Mines in Cornwall. During World War II, he served as an RCAF bomber pilot, flying 30 hazardous missions over occupied France and Germany. He was awarded the Distinguished Flying Cross (DFC). After the war, he moved to Canada and helped his parents build a new house. He worked in Canada, moving from mine to mine and had positions of increasing responsibility. In October 1948 he moved to Hidalgo del Parral, Chihuahua, Mexico to work for the American Smelting and Refining Co. Because he was hard working and quick to adapt to life in a new country, Geoffrey did well. He managed various mines for ASARCO. After 25 years of work, Geoffrey sought new opportunities. In 1974, Placer Development Ltd. hired him to be vice president of operations for Marcopper Mining Company in the Philippines where he happily worked until retirement in January 1987.

In 1951, Geoffrey married Winifred Margaret Morris of Parral, Mexico. From this marriage, he is survived by his daughter Diana Elizabeth (Penny) Marlow of El Paso, Texas, and preceded in death by two sons, John Marlow of Parral and James Marlow of Vancouver, BC

After his first wife's death in 1972, he married Beatriz Cardenas Madero of Torreón, Mexico in 1974. The couple moved to the Philippines. After retirement Geoffrey and Beatriz moved back to West Vancouver to resume an active life; they both enjoyed travel and friends, and Geoffrey, tennis, golf and squash. Geoffrey was brave, resourceful, kind and good-natured. He will be remembered for his hard work and his interest in new ideas and projects, including the family reunion that he organized in1995. He was loyal to family, both immediate and extended.

He is also survived by his loving wife, Beatriz and by his nephews, John Hope and Robin Edwards of London, England, Peter Genge of Vancouver, BC, Michael Genge of Duncan, BC

?Memorial services followed by a celebration of his life will be scheduled for Geoffrey Campbell Marlow DFC once the coronavirus pandemic abates. Interment will be at Royal Oak Burial Park in Victoria, BC.
Published by North Shore News from Jan. 14 to Feb. 13, 2021.
To plant trees in memory, please visit the Sympathy Store.
MEMORIAL EVENTS
To offer your sympathy during this difficult time, you can now have memorial trees planted in a National Forest in memory of your loved one.
Funeral services provided by:
Royal Oak Burial Park
MAKE A DONATION
MEMORIES & CONDOLENCES
3 Entries
In loving memory of a wonderful person. We will love you and miss you always.
March 6, 2021
I worked for Geoff for many years and he was a great boss, always encouraging and complimentary or our team's work. He appreciated our work and made us feel he was depending on our contributions.

Geoff was a gentleman in how he treated everyone.

What I liked most about his personality was his dry sense of humour. His eyes would light up and he would mischievously shape his mouth in a way I cannot describe in words. He would then hold the thought before saying anything and then make a statement, sometimes sounding light hearted, sometimes profound, or often leaving things hang as if giving someone an opening for one to respond.

He kindly shared his memoirs with me and kept encouraging me to write my own. He never let me off the hook.
Dick Zandee
Friend
February 14, 2021
I met Geoffrey late in life through my late father in law at the west Vancouver recreation centre. Geoffrey and I hit it off right away. I was so impressed by his modesty in spite of his many accomplishments and exciting perilous war experiences. He was always engaging and we enjoyed many fine luncheons at various restaurants around town.
I will miss his company. He always impressed on me the notion to not get old. Well never old st heart anyway.
Cheers To Captain Marlow the last survivor of miss Canada the name of his Lancaster bomber.
Brian Buday
West Vancouver
Brian Buday
Friend
January 30, 2021
Showing 1 - 3 of 3 results