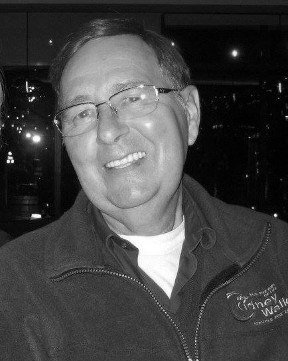 FUNERAL HOME
Assman's Funeral Chapel
1908 Queensway Street
Prince George, BC
PAUL JOSEPH DUPERRON It is with profound sadness that we announce the sudden passing of our beloved Paul on March 12, 2019 at the age of 71. Left to mourn are Diane, his wife of 47 years; his brothers Andy Duperron (Jodi), Joe Duperron (Penny), and Lou Duperron (Shirley); his sister Louise Piquette (Guy); his brother-in-law Larry Doll (Katherine) and his sister-in-law Arlene Doll; several nieces and nephews, including Christopher Duperron, Katelyn Duperron, Anne Doll, Christina Doll and Alexander Doll of Prince George; and many other relatives and friends. Predeceased by his parents Leon and Rita Duperron. Paul was employed with Northwood Pulp Mill for 38 years, initially as an electrician and later as an electrical supervisor, until his retirement in 2012. He was well respected by his co-workers. Paul loved being outdoors, especially kayaking and sitting by the campfire at the lake as well as working in his yard. He also enjoyed dancing, walking, and socializing with family and friends. Paul lived with kidney disease for many years. He and Diane were committed volunteers with the Kidney Foundation and passionate about providing services to kidney patients. They served on the executive of the Prince George Chapter and the BC Branch Board and devoted many hours to fund raising and public education. Paul was a kind and compassionate person, with a warm smile and a helping hand. He touched many lives and will be greatly missed. A Celebration of his Life will be held in Prince George at a later date to be announced. In lieu of flowers consider a donation in Paul's memory to the Kidney Foundation of Canada and/or register as an organ donor at www.transplantbc.ca

Published by Prince George Citizen from Mar. 16 to Mar. 18, 2019.
To plant trees in memory, please visit the Sympathy Store.
MEMORIAL EVENTS
To offer your sympathy during this difficult time, you can now have memorial trees planted in a National Forest in memory of your loved one.
Funeral services provided by:
Assman's Funeral Chapel
MEMORIES & CONDOLENCES
17 Entries
Len and I are so sad to hear of Paul's passing. We enjoyed many a nite of dancing.
Eunice Warring
March 22, 2019
We are so sorry to hear of Paul's passing. He was such a friendly person who always had a smile and a cheerful attitude. Our thoughts and prayers are with Diane and the Duperron family. -The Huzar family.
The Huzar family
March 20, 2019
Our sincerest condolences to you Dianne and your family. Paul was such a caring, delightful fun man to know. We will always remember the fun laughs at CHIP.
Viv & Marvin Suel/Turner
March 19, 2019
I was shocked to hear of Paul's sudden death. Him and I often attended many of the same community functions, and I always enjoyed speaking with him. Paul, you will be greatly missed by the community. - Corey Walker, Autism BC
Corey Walker
March 19, 2019
I am saddened to learn of Paul's passing.
I will remember him as a kind and caring person with strength in the face of adversity. My condolences to Diane and family members. May pleasant memories help you through this difficult time.
Brian Pearson
March 18, 2019
My condolences to you and the family Diane. He was a good friend and a great super to work for at the northwood shutdowns. May his memory live on with the Prince George Kidney Walk
Dale Nixon
March 18, 2019
Diane and Paul's families. Sincere condolences to all, Paul was the most welcoming and enjoyable person I know of. Such a courageous man, he will be so missed....Thanks for the good memories of the Kidney Walk.
Glenda Brommeland
March 18, 2019
I am saddened to hear such sad news! Diane, I send you my deepest condolences...Huggs dear friend!
March 18, 2019
So sorry to hear. Always had a nice chat with Paul over the years, at curling, northwood, Camelot or wherever. A good man and pleasure to be around.

Merle Hoff
Merle Hoff
March 18, 2019
Diane, I am so sorry for your loss. You are in my thoughts. Paul will be fondly remembered by many as a true advocate. Take care!
Tammy Rizmayer
March 18, 2019
Diane, our prayers and thoughts are with you. We will miss Paul as such a great neighbour and friend!
Armand & Margaret Lachapelle
March 18, 2019
Paul, you were an awesome neighbour. After I moved away, I really missed the chats we had and that ever present smile and determination to keep going and not letting your challenges get in the way. You were a trooper! Diane, I wish you best under the circumstances and may you find plenty of strength to keep you going during the upcoming trying times. Erich
Erich Franz
March 17, 2019
Paul was an inspiration to us. He showed me that is possible to remain positive and cheerful through the most trying of times. Knowing Paul changed my life for the better. We miss him, but have fond memories of the good times with Paul and Diane. For Dianne, we are here as support during this time of sorrow.
March 17, 2019
Saddened to hear of Paul's Passing. Dianne, please accept my condolences. Paul will be missed by many. I know you will be surrounded by much love and support.
Maureen Paciejewski
March 16, 2019 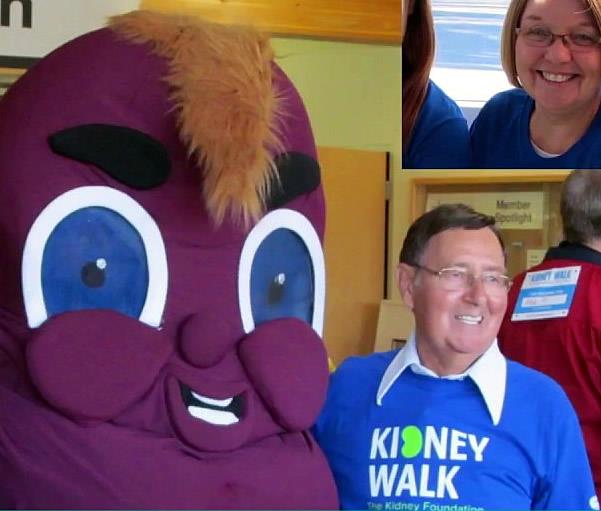 Paul was a beautiful in a ravaged body. He was a knight of the highest order who fought valiantly and tirelessly for organ donation. It was an honour to meet him.
Will Lewis
March 16, 2019
Diane
Sincere condolences on your loss.
May God be with you during this difficult time.
Blessings
Karen Dougan
Karen Dougan
March 16, 2019
Paul we will miss you so much at our Breakfast's and at the dance. You were such a sweetheart and am so glad I knew you. We will look after Diane for you as you told me a few days before you passed that she needed us too. It's a promise we will all keep. RIP my friend.
Lorraine & Dave Bilodeau Laboucane
March 15, 2019
Showing 1 - 17 of 17 results