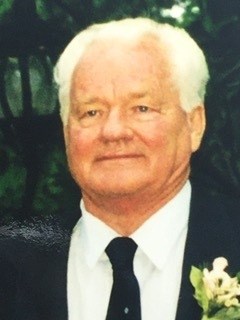 BORN
1936
DIED
2021
FUNERAL HOME
W. John Thomas Funeral Home
244 Victoria Street East
Alliston, ON
Doug passed away with his family at his side Sunday, August 29, 2021 at Matthews House Hospice in Alliston. He was born March 7, 1936 in Ottawa to Valmer and Dora Beamish. His younger years were spent in Innisfil having lived in Churchill and later at St. Paul's. He joined the Canadian Navy in 1956 where he learned his trade of Aircraft Maintenance Engineer and served on the Boniventure and the Magificent. He proudly served in the United Nations Suez Crisis mission of 1956. He worked at Dominion Helicopters of King for many years, travelling throughout Canada. In the seventies he opened his own company in Alliston, Uscan Aviation Sales & Maintenance and operated it until recently. Survived by his loving wife Eleanor, daughter Teresa (Paul) and predeceased by son Len (Helen) and daughter Baby Linda Lee, stepdad to Julie (Steve) Brown. Proud grandpa of Keith, Kevin (Kristen), Jonah, Rachel and Sarah. Brother of Lida (Lauchie) Currie of Nova Scotia predeceased by Stewart (Lorna "Bubs") and many nieces and nephews. Special friend of Judith Little. A Celebration of Life will be held at W. John Thomas Funeral Home, 244 Victoria Street E., Alliston Ontario on October 2, 2021 from 4 to 6 p.m. Many thanks for the wonderful compassionate medical staff who attended Doug during his illness with a very special thanks to Matthews House and Staff. If so desired, memorial donations may be made to Stevenson's Memorial Hospital, Matthews House or Cancer Society.