You are now on Legacy.com. Your site use is governed by their Terms and Conditions and Privacy Policy. Any purchases are with Legacy.com. Learn More
David A.I. Goring 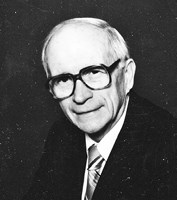 DAVID A. I. GORING 1920 - 2021 Dr. David Goring died on July 17, 2021. He is survived by his beloved wife of 74 years, Liz, by his daughter, Rosemary, and by his son, Christopher (Jane), and predeceased by his son, James (Pamela). David was born in Toronto, Canada on November 26, 1920, and grew up in Georgetown, British Guyana. He studied at University College, London, UK, earning a Bachelor of Science in chemistry in 1942. During World War II, he was a pilot in the Royal Air Force in Burma. After the war, he continued his formal education at McGill University, Montreal, earning a doctorate in physical chemistry in 1949. He earned a second doctorate, in colloid chemistry, from Cambridge University, UK in 1953. Dr. Goring devoted his working life to the study of the three main components of wood: lignin, cellulose and hemicellulose, foundational science of great importance to the pulp and paper industry. He spent his scientific career in Canada, principally in Montreal, at the Pulp and Paper Research Institute of Canada (PAPRICAN). He retired at the rank of Principal Scientist, having served as: Director of Research; Vice President, Scientific and Vice President, Academic. From 1960 to 2003 Dr. Goring was a revered teacher and mentor, supervising 23 PhD students and numerous other young scientists and engineers, first in the Chemistry Department at McGill and then, after he 'retired,' in the Department of Chemical Engineering and Applied Chemistry's Pulp & Paper Centre at the University of Toronto. He was an invited lecturer at many universities and industrial research institutes around the world. He published over two hundred scientific papers and received numerous awards from international, learned societies. David was a fine gentleman, a brilliant scientist, a thought-leader and teacher and a role model for his students and colleagues alike. He will be much missed by family and friends. May his memory be a blessing.
Published by The Globe and Mail from Aug. 14 to Aug. 18, 2021.
To plant trees in memory, please visit the Sympathy Store.
MEMORIAL EVENTS
To offer your sympathy during this difficult time, you can now have memorial trees planted in a National Forest in memory of your loved one.
MEMORIES & CONDOLENCES
2 Entries 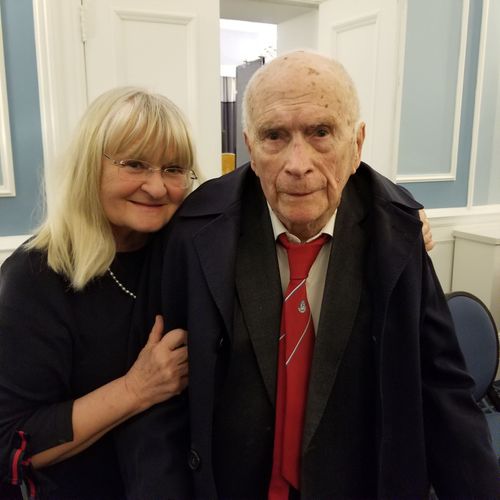 David, I couldn't have said it any better, than Lizzie (Elizabeth Anne Cook) as the bellow!
You were truly an amazing person, from All aspects! You embraced my husband Roger Malcolm Cook, our daughter and me, as your own family, too. You had so much in common with Roger as both of had that incredible scientific minds...
We were so blessed to have you in our lifetime while in Canada, play a huge role not only as a incredible loyal friend, but you filled us with more, love, encouragement, inspiration and moral support...
David you will, forever be in our hearts and miss you.
Love
Milka Cook

It is with a heavy heart that I write this, this morning.

My Uncle David (my Canadian Grandfather) is with the angels now.

What an extraordinary life he lived, a whole century, right next to his leading lady (Auntie Liz) the entire time.

He was a man of incredible wisdom, virtue, intelligence and kindness. He taught me some incredibly important life lessons that I will never forget, and he instilled in me and lived by the golden rule - treating others the way you want to be treated.

There is no life without death. Cherish every moment and every person in your life, we never know when it is our time.
Who do you love? Who has loved you? Go tell them, take a moment and tell them now.
You never know if you’ll get another opportunity to do so.

“To live is the rarest thing in the world, most people just exist, that is all.”
My Uncle David lived, he made sure that the space in between what will now be two dashes was filled with life!! What an incredible example he set.

Uncle David, thank you for showing me how to live a life of true purpose. I will continue to make my life worth watching, the same way you made sure your life mattered, every single day.

Rest In Peace, I love you.
Milka Cook
Friend
September 2, 2021
A memorable wonderful man so interesting to talk with.
Eileen Best
Friend
August 15, 2021
Showing 1 - 2 of 2 results