You are now on Legacy.com. Your site use is governed by their Terms and Conditions and Privacy Policy. Any purchases are with Legacy.com. Learn More
Francis Joseph TURNER 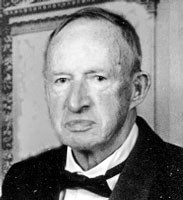 FUNERAL HOME
Humphrey Funeral Home A.W. Miles - Newbigging Chapel Limited
1403 Bayview Avenue
Toronto, ON
DR. FRANCIS JOSEPH TURNER Dr. Francis 'Frank' Joseph Turner of Toronto, ON, died peacefully on April 27, 2019 at the age of 90. Frank is survived by his dear wife of 60 years, Joanne Catherine Turner (née Housley), and his children Francis Turner and his wife Courtney O'Connor, Sarah E. Turner, and Anne-Marie Turner Dacyshyn and her husband Gregory Dacyshyn. He also leaves his six beloved grandchildren Jamie Turner, Gannon Wilson, Locklyn Wilson, Luke Turner, Madeline Turner Oliver and Teya Turner Oliver. As one of seven children and the eldest son of Francis Michael Turner and Germaine Gendron, Frank is survived by his sisters Patricia and Cecile and younger brother Tom, and was pre-deceased by his sister Mary, and his brothers Bert and Jim. Born and raised in Windsor, ON, Frank began his education at the University of Western Ontario where he received his BA in Philosophy and Theology, and then went on to complete his Bachelor's and Master's Degree in Social Work at the University of Ottawa and then earned his Doctorate of Social Work at Columbia University in New York. During his long and distinguished academic career Frank was the inaugural Chairman of the School of Social Work at Memorial University in Newfoundland, he served as the Dean of the School of Social Work at Wilfrid Laurier University in Waterloo, ON on three different occasions, he was the Chairman of the School of Social Work at York University, Toronto, and was Vice President Academic of Wilfrid Laurier University and Executive Vice President of Laurentian University in Sudbury, ON. Throughout his administrative roles he was also a dedicated professor, having taught at such prestigious institutions as Oxford, Columbia and Case Western Reserve. Frank was the consummate scholar, having published 27 books and countless articles, in addition to serving as Editor of the International Journal of Social Work and lecturing around the globe in such places as Israel, Brazil, Japan, Hong Kong, Australia, France and Spain, and he received the Commemorative Medal of the 125th Anniversary of the Confederation of Canada. Frank was defined by his love of family, his vocation and his faith, and he will be greatly missed. The family would like to express our gratitude to the Toronto Grace Hospital for their exceptional care and compassion, and to the many caregivers who made it possible for Frank to be at home until his final days. The family will receive friends at the Humphrey Funeral Home A.W. Miles - Newbigging Chapel, 1403 Bayview Avenue (south of Davisville) from 2 - 4 p.m. AND 7 - 9 p.m. on Friday, May 3rd. A Mass of Christian Burial will be held on Saturday, May 4th at 12:00 p.m. in Blessed Sacrament Catholic Church, 24 Cheritan Avenue (1 Block south of Lawrence), Toronto. Expressions of sympathy may be made to the Catholic Children's Aid Society (www.torontoccas.ca), The Grace Hospital (www.torontograce.org), or Covenant House (www.covenanthousedonations.ca). Condolences may be forwarded through www.humphreymiles.com.
Published by The Globe and Mail from Apr. 29 to May 3, 2019.
MEMORIAL EVENTS
May
3
Visitation
2:00p.m. - 4:00p.m.
Humphrey Funeral Home A.W. Miles - Newbigging Chapel Limited
1403 Bayview Avenue, Toronto, ON
May
3
Visitation
7:00p.m. - 9:00p.m.
Humphrey Funeral Home A.W. Miles - Newbigging Chapel Limited
1403 Bayview Avenue, Toronto, ON
May
4
Mass of Christian Burial
12:00p.m.
Blessed Sacrament Catholic Church
24 Cheritan Avenue, Toronto, ON
Funeral services provided by:
Humphrey Funeral Home A.W. Miles - Newbigging Chapel Limited
MEMORIES & CONDOLENCES
2 Entries
Joanne and family, Gail and I send you our prayers, sincere condolences and sympathy at your enormous loss of a truly remarkable person. I have many fond memories of having Frank as my Social Work professor at Ottawa U, a colleague at the School of Social Work at Memorial in Newfoundland and numerous great experiences since that time. Most memorable is the friendship and our many joint explorations of the wonders of Newfoundland with our children and families. A life so well lived. May he rest in peace.
Walt Chmiel
Walt Chmiel
Friend
May 3, 2019
I will so miss Frank - his memory will live long in my heart - peace be with you Frank - at rest at last. love Anne Plaxton
Anne Plaxton
April 29, 2019
Showing 1 - 2 of 2 results