You are now on Legacy.com. Your site use is governed by their Terms and Conditions and Privacy Policy. Any purchases are with Legacy.com. Learn More
J. Alexander LANGFORD
1931 - 2019 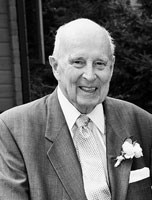 I fondly remember working with Alex on CBAO matters, particularly during his year as President when I was involved almost full time with the campaign to oppose No Fault Insurance.

I admired the energy and commitment that Alex gave to CBAO.As well I appreciated your efforts to support Alex with his CBAO work.

I do well remember the parties that you and Alex gave for the CBAO Executive Committee members. One party featured Garth Manning playing the piano and leading a sing along!