You are now on Legacy.com. Your site use is governed by their Terms and Conditions and Privacy Policy. Any purchases are with Legacy.com. Learn More
Robert A.J. MCDONALD
1944 - 2019 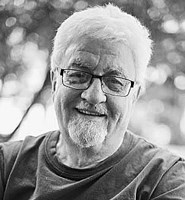 BORN
1944
DIED
2019
ROBERT A.J. MCDONALD "Bob" April 5, 1944 - June 19, 2019 Devoted brother, uncle, friend, colleague, mentor, and teacher, Bob passed away after a stroke. He is survived by his loving sister, Linda (Lloyd) Lovatt; brother, Ray (Kathy) McDonald; nieces, Heather (Jason), Holly (Wedi), and Margie (Nathan); and nephew, Rob. He utterly delighted in his relationships with great-nieces and nephew, Catelyn, Trinity, and Oliver, all of whom included "Bob" in their first dozen words. Bob was predeceased by his parents, Lorne and Elsie McDonald. Unforgettably prairie-shaped, Bob was raised in Brandon, Manitoba, grandson and son of grocers. After obtaining his BA and MA through the University of Manitoba, (inaugural winner of the W.L. Morton Gold Medal), he earned his PhD from the University of British Columbia, where he was appointed assistant professor of history in 1978. In more than three decades teaching at Simon Fraser University, the University of Western Ontario, the University of Victoria, and UBC, Bob inspired thousands of undergraduates in Canadian and BC history with passion, kindness, inclusive demeanour, humour, and deep expertise. He supervised over 20 graduate students and mentored countless more. In recognition of his commitment to students, Bob received the Killam Teaching Prize from UBC in 2000. Bob was a leading historian of British Columbia. He published a book on the early history of Vancouver, and many academic articles on BC and Canadian history. He edited the journal BC Studies and served on boards and committees to raise awareness of the history of his adopted province and city. He was Seagram Chair at the McGill Institute for the Study of Canada, and president of the Vancouver Historical Society. Bob retired from teaching in 2012 and continued his research, sitting in the History Department almost daily to work on his contribution to the book Party of Conscience: The CCF, the NDP, and Social Democracy in Canada (2018) and, finally, his long-awaited book on the first 100 years of BC politics. He was in the final stages of finishing it when he died. Bob loved the History Department, a crucible of colleagues who valued his friendship, support, advice, and the booming, hearty laughter radiating out from his office. He was particularly generous to younger faculty new to UBC, and often one of their first Vancouver friends. Bob relaxed and hosted family and friends at the Old Point Farm cottage on Saturna Island, a treasure he and friends shared for nearly 40 years. And you might have spotted him lining up with folkie friends late Friday afternoon at the gate of the Vancouver Folk Festival, a seasonal migration as predictable and fascinating as loons to a lake. A joyful man with a special talent for creating and sustaining friendships, Bob loved to tease and to be teased with affection, and especially enjoyed the intimacy of food and debate with family and friends about politics, history, and whatever was in the news, with a twinkle in his eye all the while. Friends, family, and colleagues will celebrate Bob's life at the Vancouver Unitarian Church at Oak Street and West 49 Avenue at 2:00 p.m. on Monday, July 8. Memorial donations may be made to the Robert A. J. McDonald Memorial Scholarship Fund that has been established in Bob's honour at the University of British Columbia by calling 604.872.4111 (toll free 1.877.717.4483) or by mail at 500-5950 University Boulevard, Vancouver, BC V6T 1Z3.
Published by The Globe and Mail from Jun. 29 to Jul. 3, 2019.
To plant trees in memory, please visit the Sympathy Store.
MEMORIAL EVENTS
Jul
8
Celebration of Life
2:00p.m.
Vancouver Unitarian Church
Oak Street and West 49 Avenue, ON
MEMORIES & CONDOLENCES
1 Entry
Thanks Bob for all the great conversations and laughs and help on my various historical projects. I can still hear you telling me "You've gotta get him through the depression" (of the 1890s) when we talked about a short story I was writing. RIP
Donna MacKinnon
December 23, 2019
Showing 1 - 1 of 1 results