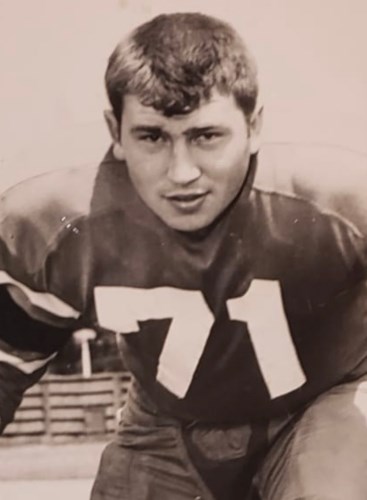 BORN
1932
DIED
2021
It is with profound sadness that we announce the passing of Peter on December 13th, 2021 in his 90th year. Beloved husband of Jane for 66 years who will miss him beyond measure. Loving father to Mark (Ada), Michael (Leisha), Catherine (Ted), and Cheryl (Jim). Grandfather and great grandfather of Joel (Tracey) and their children Konner, Eben and Preston, Holly (Trevor) and their daughter Eve, Jessica (Brett) and their children Cadence, Blakely and Jordyn, Janelle, Bethany (Claudio), Drew, Maddison (Craig), and Dana (Mark) and their son Van. Peter will be most remembered for his love of his family.

He will be dearly missed by his many card, golf, and Church friends, extended family, and especially best friends Harry (Jane's brother) and his wife Clara Begley, who supported each other through many decades.

Peter was the son of immigrants, born and raised in Hamilton's Brightside neighbourhood where his father operated the Brightside Barbershop. This was the place to talk politics, sports, and community concerns, which fostered a love for all of these in young Peter. It was here that Peter learned his sense of duty to his fellow man, leading to countless stories of Peter's kindness and generosity. Peter put others first which sometimes meant opening the family home to family and friends in need.

As a professional football player, Peter was traded to the Calgary Stampeders from the Ti-cats, and suited up for the Ottawa Roughriders in the 50's. He later coached countless minor Pee-Wee teams. Peter also had many happy memories of his career as a Manager at Union Gas. He enjoyed his retirement golfing, travelling to Florida in the winters, and cheering on his grandchildren at their sporting events.

As per Peter's wishes a private service has been held. Donations, if you wish, can be made to the Good Shepherd in Peter's memory, or random acts of kindness would be appreciated by the family. 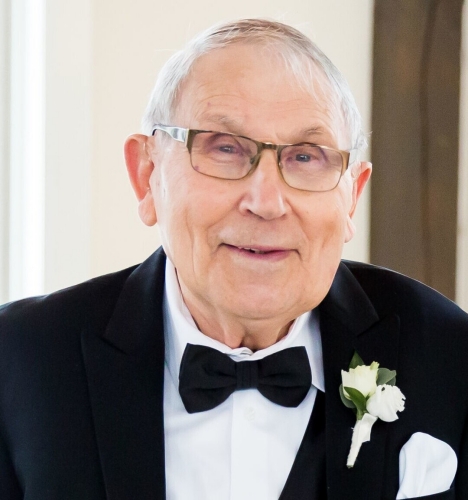 Published by The Hamilton Spectator on Dec. 18, 2021.
To plant trees in memory, please visit the Sympathy Store.
MEMORIAL EVENTS
To offer your sympathy during this difficult time, you can now have memorial trees planted in a National Forest in memory of your loved one.
MEMORIES & CONDOLENCES
14 Entries
Mark and Ada and family. My sympathy for the passing of your father. You must be so proud of his amazing life. May he rest in peace. Frank Vanderzalm HPS retiree
Frank Van der Zalm
December 29, 2021
Peter is the last of the Mucha sister´s children, who all emigrated to Canada, a long time ago. We enjoyed our infrequent travels and visits with Peter and Jane We always remember how much fun and positive Peter was when we had the opportunity to visit together Peter was a fine gentleman
Verna, Rand, Darlene, Pam Morsky
December 21, 2021
Our sincere condolences to Jane, Mark, Drew and the entire Petkoff family. Pete was a loyal and supportive fan of all the sports his grandchildren participated in and this is how we met him. We continued to have chance encounters at those places us seniors would visit for a little entertainment. Pete always had a smile and some kind words whenever we crossed paths. May he rest in peace.
Sandy & Gary McFarlane
Friend
December 19, 2021
Coach Petkoff was a coach I had early in my life that was a positive influence for me playing both minor football and hockey. He was always positive and motivational. If you needed a ride in the early morning to hockey or late after football practice, the Union Gas truck was always there to get you home. I remember being strongly influenced by Coach Petkoff and Coach Huddleston as a pee wee east mountain rough rider. Their early influence along with my dad and uncle John were the foundation of my football life. Rest In Peace Coach and thank you.
Dennis McPhee Jr.
December 19, 2021
Deep condolences to the family. Rest in Peace Peter
Ted Brodnicki
December 18, 2021
Thinking of the family at this sad time.Pete was my Manager and family friend and will be missed a lot.
Mike Duffy
December 18, 2021
Good Evening, my deepest sympathies. My dad Charlie DeLorey worked with Pete at Union Gas right up until 1978 when my dad passed. We lived by St. Anthony´s Church in Hamilton. They were close work companions and the best of friends. Pete´s mom would make cabbage rolls for my mother Barbara. Every Easter Pete´s sister (Jean?) would have a small get together with children to paint Easter eggs. They were lovely people during that era and sadly missed. Blessings to all from the DeLorey Family Constance
Constance DeLorey-McGowan
December 18, 2021
`Grampa Pete´ as he was known to our three sons and ourselves was a great and fine man. We first learned of the Brightside neighbourhood from Peter many years ago. He was an avid supporter of his grandchildren´s athletic endeavours, particularly those of Drew and Bethany whom we are closest to. His favourite joke was of the bird Enza; "opened the window and influenza." He laughed at this story every time he told it, which was often. He will always be fondly remembered and to Jane, Mark, and the entire family we pass along our most sincere condolences.
Mark & Helen Hagel
Friend
December 18, 2021
A great friend of our Father Jack Cowman. Have lots of pictures of Peter, Peter Salari and Dad along with many of their buddies. Sorry to hear of his passing. The Cowman's
john cowman
Other
December 18, 2021
Sending my love and prayers to all the family. My sincerest condolences. Will always have the fondest memories of Grandpa Pete in the stands at all of our games!
Jonathon Hagel
Friend
December 18, 2021
Mark and Family, My condolences on the loss of your father, Peter. May your fond memories of him help you during this difficult time.
Michael Fazari
Other
December 18, 2021
Our sincere condolences to Jane and family. Everytime I saw Pete he was always smiling and laughing. We'll miss him. RIP.
Les and Mary Palango
December 18, 2021
Mark and family, Please accept my deepest sympathies, what an amazing life.
Stu Oxley
December 18, 2021
Our deepest sympathy to the family. He was a good friend of my dad and our family. Our thoughts and prayers are with you.
Jim and Doreen Palango
Friend
December 18, 2021
Showing 1 - 14 of 14 results