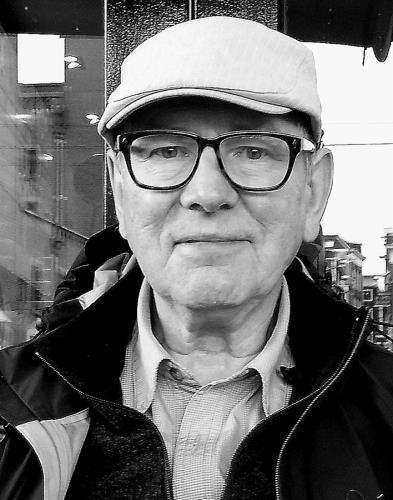 GORT, CHRISTOFFEL (CHRIS) Chris died peacefully at his Toronto home on April 2, 2019 in his 78th year - nine days after savouring a wonderfully moving Celebration of his Life on March 24th. Chris and Elaine's son Mark predeceased Chris on September 16, 1989. His wife Elaine, son David, daughter-in-law Joanne, grandchildren Em and Shane of Toronto and his son Paul, daughter-in-law Jennifer and grandchildren Stellan and Saskia of Whitehorse are both deeply sorrowful and lovingly thankful for the gift his life was to them. Chris and Elaine's siblings and families in Canada, the USA and The Netherlands and numerous friends and colleagues also mourn his death even as they join his immediate family in feeling blessed to have known Chris and inspired by the courageous way he lived his life - especially his journey with ALS and his advocacy for others with ALS. In the two year period after his ALS diagnosis Chris sent 28 letters via email to family and friends – with a distribution list that grew to over 200 people – documenting what it meant to live with ALS. His much anticipated updates dictated in a matter of fact yet touching tone reflected his Christian faith. He covered a wide range of range of topics from the joy visitors brought, to reflections on his declining physical abilities, interactions with his many caregivers, enjoyment derived from observing his backyard squirrel, and the activities in his neighbourhood park as viewed from his living room. At the Celebration of Chris' life his son David, in paying tribute to Chris' way of parenting and contributing to his community, said that if Chris had a middle name it would be "Common Sense". Chris "Common Sense" Gort contributed to society and his community in many ways, including a career as a mechanical engineer / Project Manager with IBM, Board Member of South Riverdale Community Health Centre, Partner in Coutts Gort & Associates, Board Member of Trinity St. Paul's United Church Centre for Faith, Justice and the Arts, and President of the Institute for Christian Studies, Chris' son Paul described his Dad's legacy as someone able to grow throughout his life, always with thoughtfulness, compassion and a genuine interest in people. Hafiz the 14th Century Sufi Master in one of his poems said "We are people who need to love because love is the soul's life. Love is simply creations greatest joy". Family and friends celebrate and remember Chris' life as a testament to that Great Joy. Donations in Chris' memory would be much appreciated to either The ALS Society of Canada https://www.als.ca/ or Bereaved Families of Ontario – Toronto https://www.bfotoronto.ca/.
Published by Toronto Star on Apr. 13, 2019.
To plant trees in memory, please visit the Sympathy Store.
MEMORIAL EVENTS
To offer your sympathy during this difficult time, you can now have memorial trees planted in a National Forest in memory of your loved one.
MAKE A DONATION
MEMORIES & CONDOLENCES
2 Entries
Chris's quiet presence among the vulnerable of his world and his embrace of life in the face of death changed the meaning of both life and death. I will miss him and honor his memory.
Henk.
April 13, 2019
In his own quiet ways he was powerfully present with and among the vulnerable in his world. I will miss Chris and remember his embrace of life. Death is no longer what it used to be after he traveled toward is as he did. Thank you.
April 13, 2019
Showing 1 - 2 of 2 results