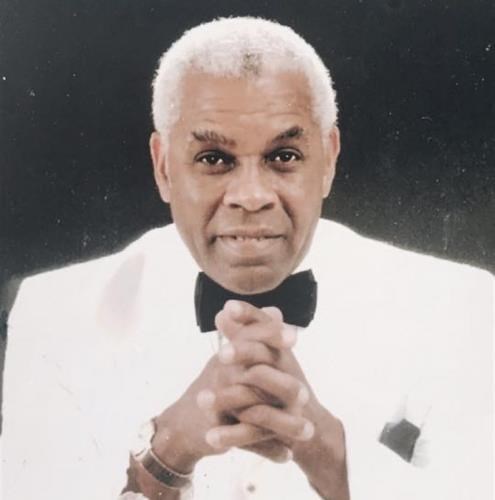 FUNERAL HOME
The Simple Alternative Funeral Centre
1535 South Gateway Road
Mississauga, ON
JONES, CLAUDE ROBERT November 25, 1923 - August 6, 2018 He and his late, beloved wife, Margaret, were married 71 years and raised four children. Claude was born in Chicago and received his formal music training at the Calumet Conservatory of Music. As a teen he successfully lobbied the Chicago school board to become the first African-American in the ROTC at Fenger High School. After serving in the army in WWII, he began his professional career first, in a few different trios, then as a solo act for the rest of his career. He also did session work – as a regular presence on piano during recording sessions at famed Chicago music label Chess Records in the early 1950s and with many of the R&B artists of the day, including Betty Everett and Curtis Mayfield. Having studied photography at Ray Vogue Studio and at the prestigious Art Institute of Chicago, he applied his talents doing professional photography and taking lots of family photos, films and videos. In Toronto, he played the Waldorf Astoria, Cafe de Copains, the jazz series at The Ontario Science Centre, the King Edward Hotel and other venues. In Chicago, he designed and opened the piano bar of the first Playboy Club in the late 1950s. Claude was predeceased by his wife, Margaret, and sister, Edith Perry. He's survived by his four children (Jeanie, Bobby, Peggy and Jeff), eight grandchildren (Dana, Courtney, Morgan, David, Evan, Alexis, Jayme and Toby) and seven great-grandchildren (Micaela, Gabriella, Tristan, Breckin, Damion, Gabriel and Jacob). Memorial is scheduled for Wed. Aug 15 from 11 a.m. to 1 p.m. at The Simple Alternative Centre, 1535 S. Gateway Rd., Mississauga, ON. In lieu of flowers, donations to McCall Centre for Continuing Care in his memory would be much appreciated.
Published by Toronto Star on Aug. 12, 2018.
To plant trees in memory, please visit the Sympathy Store.
MEMORIAL EVENTS
To offer your sympathy during this difficult time, you can now have memorial trees planted in a National Forest in memory of your loved one.
Funeral services provided by:
The Simple Alternative Funeral Centre
MAKE A DONATION
MEMORIES & CONDOLENCES
16 Entries
I watched Claude Jones play piano Club 22 downtown Toronto... a favorite song he did I liked was Midnight Sun... and he'd kick in with those bass pedals on his feet under the grand piano! wow. Today, I use my left hand for the bass on the split piano keyboard but he first demonstrated to me how one man can play piano AND bass. ha~! thanks Claude!
Rick
Acquaintance
March 12, 2021
I am sadden with the loss of my cousin and friend and send my deepest sympathy to his family and friends. I will always carry in my heart the sweetness of his voice and ways
Robert Jones
Family
October 9, 2018
I am so sorry that I just received this sad news today and missed the chance to attend his service!
I loved working with Claude in our little Cabaret show and at The Prince Hotel!
Peggy Mahon
Peggy Mahon
August 27, 2018
I will never forget Mr. Jones. He and his lovely wife Margaret were friends of my parents. They used to attend parties on Gripsholm Road either at the neighbours (the Reinhart's) or my parents. Mr. Jones was a kind, affable man. He always seemed to have a smile on his face and had a talent for putting people at ease. I will never forget visiting their apartment on Bloor Street and seeing that full-sized grand piano in the dining room as well as the sophisticated reel to reel tape recorders and stereo equipment. It was revealed that they had to remove the sliding glass door and most of the windows as well. Using a lift boom, gently hauled it up from the ground. He also had a magnificent black Cadillac my brother and I used to call the Batmobile. Way cool. Mr. Jones was a very talented musician. He would play bass using foot pedals whilst accompanying himself on piano and singing at the same time. No sound loops or electronic beat synthesizers for Mr. Jones. No way. Well he must now be sitting in on one hell of a band. I know he touched a lot of lives and we are all richer for it.
Steve Edgar
August 14, 2018
Celebrating a life well lived! The family and friends will cherish the memories of your father forever. Continued prayers for your all.
Shelley Black
August 13, 2018
My goodness I learned more about his history from the amazing obituary than I knew during all the years of our friendship. What a full and fabulous life.
So many years of laughter and fun... from first meeting him with his treasured Buick Riviera, through great dinners at the apartment with family, to finally speaking on the phone about two years ago. Non-stop fun. He will be missed.
Sharon Hill
August 13, 2018
Great memories of Margaret and Claude . We played a mean had of cards.My kids loved their car .They called it the Bat Mobile because it Black and big and had long fins . We go back in time to the 60's and 70's It was a big thrill to go to the Waldorf Astoria on Charles St and watch Claude perform . He made everyone feel special.This is why he had such a dedicated following. What a gentleman It was a pleasure to know him and the family
Pat Edgar -Tapia
August 13, 2018
Such a beautiful life
Denise Boyd
August 13, 2018
What a full life he lived! He is leaving quite a legacy with his beautiful family and music/photography.
Sheryl Spangler
August 13, 2018 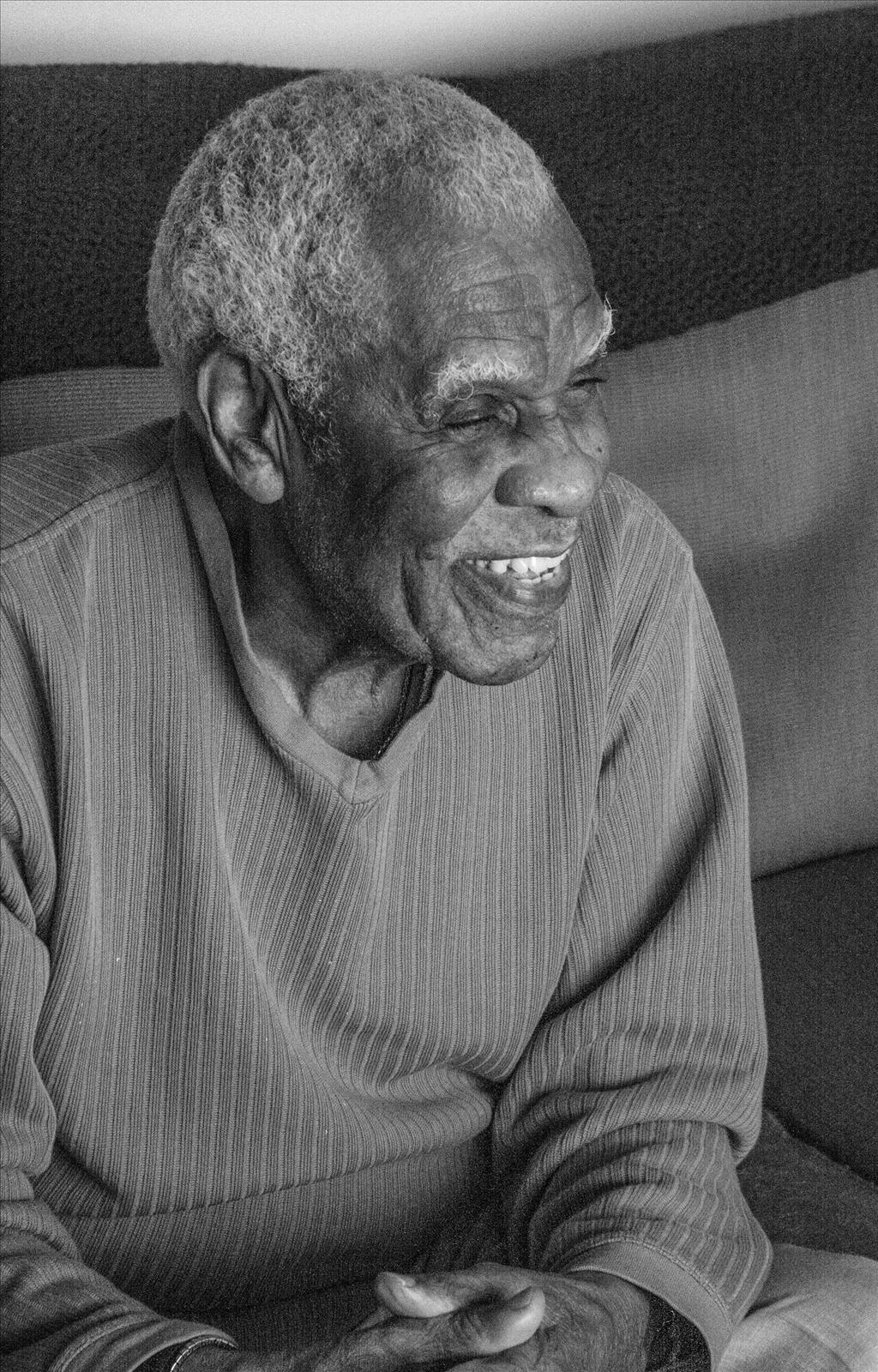 I only met Claude once during a 3-hour interview. He had some wonderful stories to tell and made quite an impression on me. A true gentleman, a gorgeous smile and oh so very talented. You had a beautiful and full life Mr. Jones. Rest well.
Pat Blythe
August 13, 2018
I am so sorry to hear about the passing of Claude Jones. Claude was a good friend to my father, Bill Clarke and they spent many years socializing at the Senior's Centre. We played Claude's music during the funeral service for my dad. Long before that, I purchased some of Claude's dark room equipment as he shifted to the digital age. He seemed to be always learning. Please accept my deepest condolences on the loss of such an intelligent and talented man.
Norma Clarke
August 13, 2018
Great musician and kind gentleman. I will always remember our meetings. We met through Jeff in my teens. Will be remembered forever. Paul Hood..shumka
Paul Hood shumka
August 13, 2018
Claude was a sweetheart. Always upbeat and I enjoyed our afternoons at cribbage.
August 12, 2018
I met Claude two years ago at the Seniors Centre. He made me feel very welcomed, not only on that first occasion, but every time. He was a true gentleman, and I will miss him. Marita Fairchild
August 12, 2018
Claude was a kind man, an interesting man, a multi talented man. It was a pleasure to have known him and his lovely wife, Margaret. Fare-thee-well, Claude.
Carol Beaune
August 12, 2018
Always a thoughtful and kind gentleman, it was a great pleasure knowing Claude. He will be missed by his many friends.
Marjorie Sonne
August 12, 2018
Showing 1 - 16 of 16 results