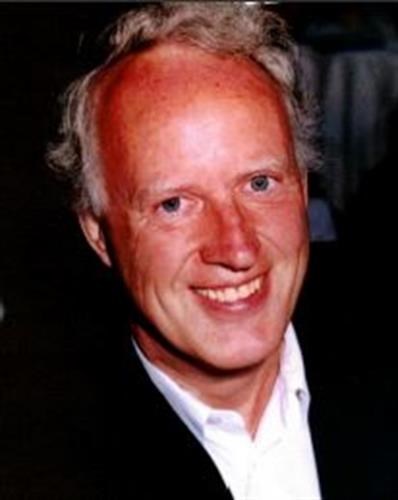 BORN
1944
DIED
2021
FUNERAL HOME
Roadhouse & Rose Funeral Home
157 Main Street South
Newmarket, ON
MONTEITH, Daniel Wiley January 30, 1944 - November 12, 2021 A beloved husband, father, brother and friend, Dan passed away on Friday, November 12, 2021, at Amica Georgetown, from complications of dementia. Dan leaves his wife, Sunny Wiles, his children, John, Eric (Marcia), Rosalind (Dean), Elizabeth (Darren), their mother, Pat Monteith, and his sister, Ann Scott (George), as well as six grandchildren, Nathan, Joshua, Olivia, Quinn, Daniel and Ivy. Dan was predeceased by his parents, Velma and John (Jack) Monteith, and recently by his brother, John. Dan was immensely proud of his four children and he mentored them lovingly through school, sports and life until they each found their own path to success. His grandchildren knew him as Bumpa when they were little. He would grin from ear to ear when they came through the door for a visit, and there were the warmest hugs all around. Dan will be fondly remembered by the former employees of his Newmarket law firm, Monteith, Baker, Johnston and Doodnauth, where he practiced for over 25 years, and by many members of the York Region Law Association. Rumour has it that Dan impressed many a jury and opposing counsel with his quick mathematical calculations in the courtroom - he often stated that math was his first love. As well as being an accomplished and formidable litigator, Dan was a founding member (affectionately known as the "Flounder") of the York Region Rugby Club which lasted for many years in the Region. He was always ready to quietly lend a hand to those in need whether it was through the York Region Law Association (YRLA) Emergency Fund he founded, pro bono legal work and his annual habit of distributing meals and gifts to those in need. He was an energetic hiker, athlete, brilliant debater, master of Scrabble and Backgammon, lover of math, trivia, jazz and old country music. His hero was country singer, George Jones, an adherent of the old school traditions, to be sure. A truly simpatico couple, Dan and Sunny loved adventure travel and spent their honeymoon rafting on the Nahanni River in the Northwest Territories. Their travels took them all over the United States, Caribbean and Europe. Dan's family are all deeply saddened by the passing of their father, a kind and generous man, and his loss will be felt long into the future. As per his wishes, cremation has taken place. There will be a celebration of Dan's life announced in the spring.
Published by Toronto Star on Nov. 27, 2021.
To plant trees in memory, please visit the Sympathy Store.
MEMORIAL EVENTS
To offer your sympathy during this difficult time, you can now have memorial trees planted in a National Forest in memory of your loved one.
Funeral services provided by:
Roadhouse & Rose Funeral Home
MEMORIES & CONDOLENCES
3 Entries
We were so saddened to read the news of Dan's passing . We enjoyed our visits to Newmarket and Dan's visits here in California . We particularly have fond memories of our trip to the Monterey Jazz Festival . Our deepest condolences to you all . He truly was a wonderful man . Fondly with sympathy , Frits and Mary
Frits and Mary Van de Bovenkamp
December 1, 2021
Deepest sympathy from kids who grew up with Danny way back in the 50´s due to the close friendship of our respective parents
Bruce Barnett and siblings
Friend
November 29, 2021
Sunni , My deepest sympathy to you and the family. Nancy(Bell) shared the news. Dan is way too young for this. Our thoughts and prayers are with you at this difficult time. Mary and Ron
Mary Lapos
November 27, 2021
Showing 1 - 3 of 3 results