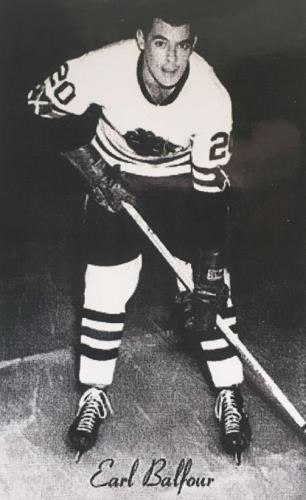 FUNERAL HOME
Wall-Custance Funeral
206 Norfolk Street
Guelph, ON
BALFOUR, EARL FREDERICK January 4, 1933 – April 27, 2018 Earl was the beloved husband of the late Marjorie and a brother of Arthur, Gail, the late Brenda and David. He was an uncle, cousin and friend of many. Earl was also the dearly loved dad of Penny, Peggy, Patti, Paul, Peter (deceased), Pamela, Piper, Patrick (deceased) and Parker. When people learned he was the father of nine and was asked how many of each, it amused him to answer "3". He was the grandfather of 16 and great-grandfather of 13. Our dad's cancer battle over the past year was an amazing display of courage, dignity and humour. He was capably supported throughout with the selfless devotion of our Parker Murray. Dad was the world's biggest Frank Sinatra fan, a Saratoga meet regular, a passionate conspiracy theorist, a consistent Jeopardy watcher, a women's golf enthusiast and a raconteur of tales of old hockey experiences. Despite a Stanley Cup win with the Chicago Blackhawks in 1961, he remained a devoted Leafs fan. He and mom spent many happy vacations on several Caribbean islands. His faith sustained his belief that he and mom would one day be together again. Dad had incredible medical care during his illness. We are grateful to Cambridge Memorial Hospital oncology team, home nurse Debbie and the Hospice Wellington for making his last days so comfortable. Dad took his final breath peacefully, surrounded by family. A celebration of life will be held at the Hilton Markham Suites, Willow 4, on Sunday, May 6th from 1-4 p.m. In lieu of flowers, the family suggests a donation to Hospice Wellington with our thanks. Arrangements entrusted to WALL-CUSTANCE FUNERAL HOME & CHAPEL, 519- 822-0051 or www.wallcustance.com
Published by Toronto Star from May 2 to May 3, 2018.
To plant trees in memory, please visit the Sympathy Store.
MEMORIAL EVENTS
To offer your sympathy during this difficult time, you can now have memorial trees planted in a National Forest in memory of your loved one.
Funeral services provided by:
Wall-Custance Funeral
MAKE A DONATION
MEMORIES & CONDOLENCES
8 Entries
Piper and Balfour family
Deepest condolences from Spain !
Marie C
May 13, 2018 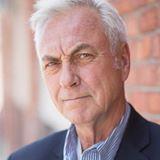 Earl always seemed a kind and humourous easy going man to me.A true loss. My love to Peggy and the others.
DAVID MENEAR
May 4, 2018
It was a great pleasure to work with Earl at Midland Seafoods Inc. He was always cheerful and helpful. We all miss you a lot. Rest in peace Earl.
Kelvin Tam
Coworker
May 4, 2018
Earl was a great uncle and I am so proud to be his big brother's son. Tony
Tony Balfour
May 3, 2018
I'm so sorry for your loss cousins. I wish I'd crossed paths with Uncle Earl more often, but the visits with him always left a warm impression. He had a killer good sense of humour and it sounds like it stayed with him right to the end. We'll all miss him.
Juliet Balfour
May 3, 2018
Earl Balfour was my favourite player when Chicago won the Stanley Cup in 1961. He was one of the greatest penalty killers of all time.
Larry Colle
May 3, 2018
I was so sorry to hear of your loss. I have great memories of your dad from the days spent at our cottage. He and your mom were at my house on Washburn Island in Little Britian for several celebrations. He will be missed by all who knew him.
Laura McBrien
May 2, 2018
RIP Mr. Balfour. Thanks for being so kind to all your fans over the years.
May 2, 2018
Showing 1 - 8 of 8 results