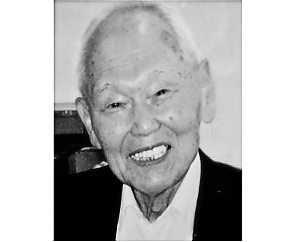 FUNERAL HOME
Pine Hills Cemetery and Visitation Centre
625 Birchmount Road
Scarborough, ON
FREDERICK SASAKI With great love and respect the family of Fred Sasaki announces his passing on Wednesday, January 29, 2014, his 95th year. Predeceased by his wife Naka and daughter Nana, father Shuichi, mother Midori, sisters Sumi, Cannie and Audrey. Fred is survived by his son Paul, daughter Joan, daughter-in-law Karen, son-in-law Gerald, and grandchildren Crystal, Lori and Derek, his sisters Kay, Dotty, and Noby. Fred came to Canada at 10 months of age from Hiroshima, Japan. He graduated from UBC with a B.Com through correspondence from Calgary while his family was interned during WWII. After the war Fred started working in the stock room at Canadian Tire riding on roller skates. Eventually Fred worked his way up to Vice President of Finance at Canadian Tire. His signature can be found on the infamous Canadian Tire Money during his time as a senior executive. Fred is also one of the founders and eventually a resident of the Momiji Seniors Centre. A leader in his community Fred has received numerous awards from many organizations for his generous and determined volunteer work. As an expression of gratitude and respect, the family would greatly appreciate donations to the Momiji Foundation, the Japanese Canadian Cultural Centre and St. Michael's Hospital. A visitation will be held from 2:00 to 6:00 p.m. on Sunday, February 2, 2014, at Pine Hills Cemetery, 625 Birchmount Road in Scarborough. The funeral service will take place on Monday, February 3, 2014 at 1:00 p.m. to be followed by the burial and a reception also at Pine Hills Cemetery. www.etouch.ca

Published by Toronto Star on Jan. 31, 2014.
To plant trees in memory, please visit the Sympathy Store.
MEMORIAL EVENTS
To offer your sympathy during this difficult time, you can now have memorial trees planted in a National Forest in memory of your loved one.
Funeral services provided by:
Pine Hills Cemetery and Visitation Centre
MEMORIES & CONDOLENCES
8 Entries
Deeply saddened to hear of the passing of Mr. Fred Sasaki.
Darryn Yokota
February 11, 2014
Dear Sasaki Family,
Our sincere condolences for the loss of Fred. He will be remembered for his long and unselfish service to the community. We regret being away at the time of his funeral.
Mary and Roy Matsui
February 8, 2014
Dear Sasaki Family:

Our hearts and prayers go out to you and your loved ones. Fred was truly an inspiration to all those who had the pleasure of meeting and sharing stories with him.
kevin nakawatase
February 5, 2014
Dear Sasaki Family,
We just heard of Fred's passing tonight and we are sorry to have missed his funeral service today. Our thoughts and prayers are with you. Pastor Stan & Aileen Yokota.
February 3, 2014
Dear Joan, and Paul and family, my thoughts are with you as you bury your dad. I wish you strength to deal with your burden of sorrow, three family deaths in five months. Your dad lived a long, happy, and purposeful life. Rest in peace, Mr. Sasaki.
Maryjka Mychajlowycz
February 3, 2014
Our family is very sorry for your loss. Fred Sasaki lived a wonderful life and left an amazing legacy. He was a truly great man.

Grace Sasaki and Lauren Sasaki and Mark Underwood and family
February 1, 2014
I am so sorry for your loss of this great man to his extended family, his community and his friends in business. I knew of his accomplishments through his nefew Peter Hoy, who was privileged to have his uncle's influence in his life. I always enjoyed Peter's talk of the influence of his uncle. Neil Freema
Neil Freeman
January 31, 2014
Precious in the sight of the Lord is the death of His saint - Bible
Edward/Yoko Yoshida
January 31, 2014
Showing 1 - 8 of 8 results