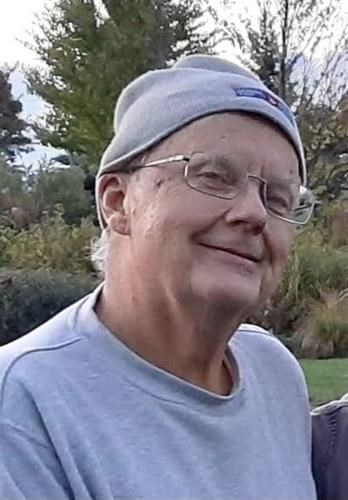 SALK, JAAN ILMAR Jaan Ilmar Salk was born in 1947 in Västerås, Sweden. He came to Canada in 1950 with his Estonian parents, Arnold and Linda, and his older brother, Hans. For 49 years combined, Jaan proudly worked at the Neilson chocolate and ice cream factory in downtown Toronto and the Canada Post Gateway facility in Mississauga. He was president of the Toronto Film Society from 1978-1983, a position he always held dear to his heart. Throughout his life he lovingly followed his passions, studying classical music and the history of film until his last months. In his spare time, he enjoyed riding his bike to the beach, watching Leafs games with his two dogs, and adding movies to his extensive film collection. An avid reader, Jaan would start each morning with a thorough read of the daily newspaper, saving the best for last: the comics - or "the funnies," as he used to say. After an exceptionally courageous, nine-month-long battle with pancreatic cancer, Jaan passed away peacefully on Monday, July 12, 2021, surrounded by his loved ones, at Royal Victoria Hospital in Barrie. He will be deeply missed by his wife of 33 years, Camila; his three children, Karin, Richard and Paul; his son-in-law, José; his grandchild, Jonah; and his loyal dogs, Marlie and Raide. Donations in memory of Jaan can be made to Pancreatic Cancer Canada.
Published by Toronto Star on Jul. 17, 2021.
To plant trees in memory, please visit the Sympathy Store.
MEMORIAL EVENTS
To offer your sympathy during this difficult time, you can now have memorial trees planted in a National Forest in memory of your loved one.
MAKE A DONATION
MEMORIES & CONDOLENCES
1 Entry
He was an old and dear friend from our Toronto Film Society days...we enjoyed many get togethers and conversations...a wonderful guy who loved his wife, and Deanna Durbin...my sincerest condolences to Camilla nd the rest of his family...sincerely Frances Blau
Frances Blau
Friend
July 23, 2021
Showing 1 - 1 of 1 results