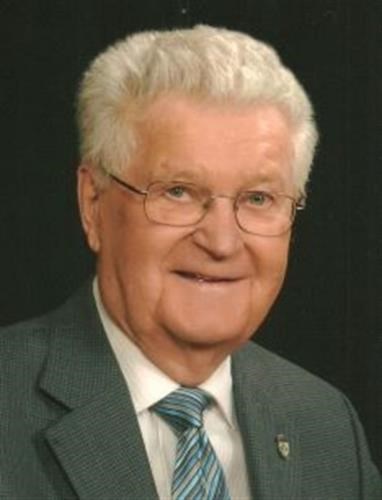 BORN
1925
DIED
2021
MUSZYNSKI, Jack January 3, 1925 – November 27, 2021 We are deeply saddened to announce the passing of our beloved father, Jack Muszynski, in his 97th year. Survived by his loving partner, Stella Drolet; his son, Kim in Bayfield and his daughter, Lisa in Orillia; his sister, Irene Pelz and his brother, Joe (Debbie); grandchildren, Katie (Mike) Briscoe, Shannon (Mauro) Camaioni, Bronson (Kelsey) Cook; sister-in-law, Theresa; great-grandchildren, Julia, Clara, Jackson and Maxine, step-children, Ray (Peggy) Wismer, Paul (Gail) Wismer, Sherri (Sonny) Croston and step- grandchildren, Mark, Brett, and several nieces and nephews. Predeceased by his wife, Louise, his parents, Joseph and Mary Muszynski, brother, Edward Muszynski and step-grandchildren, Darryl Wismer, Sean Chilton, Nicki Wismer and Danielle Chilton. Jack was born in Poland and immigrated to Canada with his mother at the age of 2-1/2 (his father was already in Canada and working in Toronto). At the tender age of 18, Jack joined the Canadian Navy and was stationed in Montreal, Cornwallis, Nova Scotia and St. John's Newfoundland, before boarding his first ship and venturing to sea where he became Stoker 1st Class. His career in the Navy terminated on a mine sweeper after the war was over in 1945. His working career in Toronto consisted of a hardwood flooring business; retail shoe store business; construction business building houses and several apartment buildings; and industrial/ commercial real estate business. Upon retiring, he settled in Kincardine where he enjoyed his home on Lake Huron, gardening, the game of golf and snooker. In the last 21 years, Jack and Stella enjoyed winter holidays in Arizona, Florida, and several cruises, including a very memorable one to Europe. He will be greatly missed by his family and many friends. Funeral services will be held at a later date in Toronto where he will be laid to rest with his parents. Memorial donation to Kincardine Hospital Foundation would be appreciated as an expression of sympathy.
Published by Toronto Star on Dec. 4, 2021.
To plant trees in memory, please visit the Sympathy Store.
MEMORIAL EVENTS
To offer your sympathy during this difficult time, you can now have memorial trees planted in a National Forest in memory of your loved one.
MEMORIES & CONDOLENCES
0 Entries
Be the first to post a memory or condolences.