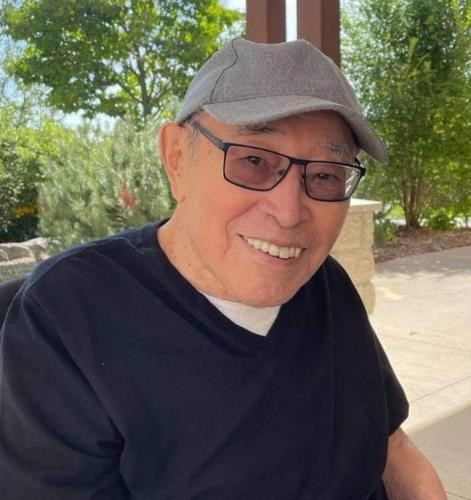 MATSUBAYASHI, MICKEY C. Passed away from a brief illness, at the age of 91, November 30, 2021. Predeceased by his beloved wife of 26 years, Ethel (nee Tateishi, 1937-1986). Cherished father of Barry, Brenda and Bonnie. Dear grandpa of Trevor, Megan, Dana and Jasmine, and great-grandpa to Colby (Dana). Predeceased by his sisters Yorko (Matsuo) and Nobuko (Okada). Mickey is fondly remembered by his many nieces and nephews and family friends for his eternal positivity, hilarious sense of humor and ability to tell a great story. Mickey was born and raised in British Columbia, spending his early years with his family in the Japanese Canadian internment camps during World War II. After the war, the family moved to Ontario, where Mickey completed high school and graduated from the University of Toronto with his BSc. and Professional Engineering degree. He enjoyed a successful career as a Professional Consulting Engineer, married Ethel Tateishi in 1960 and settled in Toronto to start their family. Mickey and Ethel gave back to sports by running the Donway Badminton Club and Roywood Three Valleys Tennis Club. They took the initiative to lead and organize multiple tennis, golf and badminton tournaments and social events, hosting memorable parties at their Toronto home. After Ethel's passing, Mickey continued his volunteer work with the Japanese Canadian Cultural Center (JCCC) and donated to many charities. Many thanks to the staff at Chartwell London for their support and care. Visitation and service to be held and announced at a later date. If desired, memorial donations may be made to the Alzheimer Society. Arrangements entrusted to Forest Lawn Funeral Home.
Published by Toronto Star on Dec. 4, 2021.
To plant trees in memory, please visit the Sympathy Store.
MEMORIAL EVENTS
To offer your sympathy during this difficult time, you can now have memorial trees planted in a National Forest in memory of your loved one.
MEMORIES & CONDOLENCES
1 Entry
As a kid I had such a great time playing badminton on Friday nights at Etieene Brule in Don Mills. I looked forward to all the organized play there as well as the crates of bottled pop Ethel would bring. I remember starting down at all the bottle tops trying to choose the best one for that night. Thanks for all the counless hours of dedication to making your community a better place. I have such fond memories of you all.
Bruce Schallenberg
Other
December 5, 2021
Showing 1 - 1 of 1 results