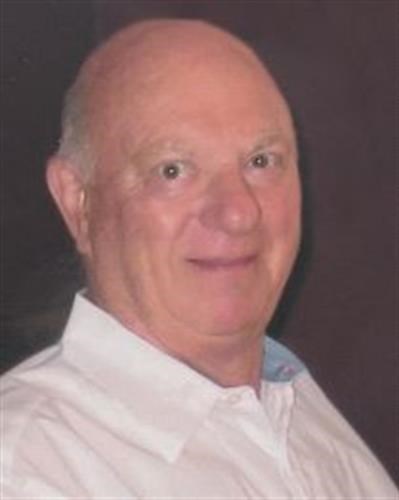 BORN
1932
DIED
2021
BAILEY, NEIL JAMES "Yellow bird has flown the coop" Neil James Bailey (1932–2021) passed away peacefully on Saturday, November 27, 2021, at Scarborough General Hospital. Neil is survived by Marilyn (née Warren), his wife of sixty-three years, his son, Mark, his daughter, Heather and son-in-law, Kenneth Montague, his granddaughters, Sarah and Ariana, his brother, Philip (Janice), and sister, Marilyn. Neil grew up in Toronto's east end and embarked on an apprenticeship as a tool and die maker. That precision work must have stayed with him, since Neil was well-known for measuring twice and cutting five times. After meeting his future wife, Marilyn, through Hope United Church Young People's, Neil switched careers and became a Teacher of technical education. He also began part-time studies at the University of Toronto, from which he received a hard-earned B.A. During his long teaching career, he taught at George Harvey, R.H. King, and Earl Haig Secondary Schools. At Earl Haig, where he served longest as a teacher of machine shop, he ultimately became the school's Technical Director. Neil later rose to the position of Coordinator of Technical Education with the North York Board of Education. At the Board, Neil was a strong advocate of technical education. He was instrumental in many shop renovations and improvements from automotive, to food services, to cosmetology. Neil was a life member of IDEA and very involved in The Ontario Technical Directors Association. (Fern Resort will never be the same.) Neil and Marilyn purchased a home in then-countrified Scarborough in 1960 and have lived there until the present day. They have even kept the same telephone number. They maintained strong connections to their east end roots and friends and were members of both Kew Beach United Church and the Kew Beach Couples' Club for many years. As a frequent participant in the Couples' Club annual variety show held at Kew Beach United Church, Neil gained a degree of fame, not all of it desired, for his appearances in comedy skits and most especially as "Yellow Bird"-a character he reprised at other social events over the years. The image of Neil streaking across the stage in his yellow feathered costume and orange tights was not soon forgotten by anyone who saw it. In the late 1960s, Neil and Marilyn purchased a cottage property on Pigeon Lake in the Kawarthas. Neil spent long hours finishing and improving the cottage, often with son, Mark, acting as "Fetch". Visiting the cottage has been a longstanding tradition. As recently as last Thanksgiving, the entire family gathered for the 49th celebration of the holiday and the traditional end of the cottaging season. Neil and Marilyn enjoyed many weekends at the cottage, which became a gathering place for family and friends. The cottage was also the scene of the occasional ritual sacrifice on the barbecue and of many memorable parties, some of the details of which shall remain classified. Neil was a people person who applied the Golden Rule to all who knew him. He loved a party, and no one could doubt it when he was present. He often claimed, "I never go anywhere to have a bad time," and he applied that philosophy wholeheartedly, whether he was at the cottage, on a ski trip, a cruise, travelling in Europe, or on the sands of exotic Egypt. Neil's family would like to express their thanks to the wonderful and caring staff at Scarborough General's ICU for their compassion, kindness and exemplary care during Neil's stay with them. There will be no service at this time. As an expression of sympathy, donations to a charity of your choice would be appreciated.
Published by Toronto Star on Dec. 4, 2021.
To plant trees in memory, please visit the Sympathy Store.
MEMORIAL EVENTS
To offer your sympathy during this difficult time, you can now have memorial trees planted in a National Forest in memory of your loved one.
MEMORIES & CONDOLENCES
4 Entries
I was a young teacher when I was able to join the IDEA group with the North York Board. I remember Neil from those amazing conferences, and hilarious performances. Neil went to great lengths to make me and everyone feel so valued and included. I'm so grateful to Neil for how he treated everyone with a twinkle in his eye, filled with love and heart. My condolences to family and all who were impacted by his passing.
Sandee Sharpe
December 6, 2021
May I offer my deepest condolences to your family at this time. I only knew Neil for a few years back in the sixties. We were both teaching at R H King Collegiate then, Neil in the Machine Shop and I was next door in the Wood Shop. One day, Neil asked me if I could make him a paddle, and when he described just what he wanted, I was sure that he never intended to use it to paddle a canoe. I never did see him use it, but I was sure that he did from time to time. Although I only knew Neil for that short time, I really missed him when he moved on to another school to further his career. I now find out that we were both born in the same year, and that we had continued to further our education while we were teaching. I am sure that Neil will be greatly missed. Stay close to your family and friends and accept the love and support they will provide. Yours in Prayer, Robert Huggett
Robert Huggett
Work
December 5, 2021
RIP Neil good memories with you and Marilyn
Ross Myles
Friend
December 5, 2021
Marilyn, Thinking of you. Faye
Faye Hart
Other
December 4, 2021
Showing 1 - 4 of 4 results