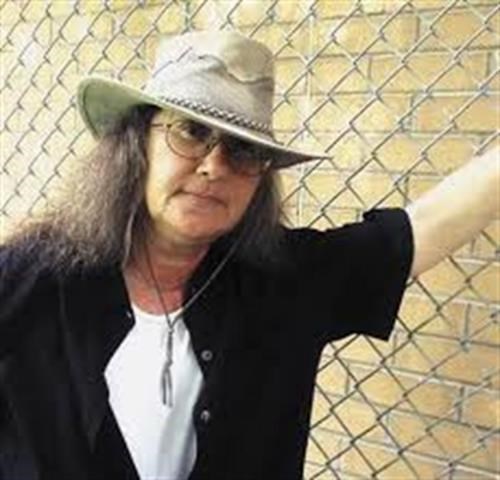 BORN
1947
DIED
2020
CAPPONI, PATRICIA (PAT) Order of Canada 1947 – 2020 "The most effective advocate the poor and mentally ill have had anywhere, one of the most devastating authors Canada has known, and easily the classiest argument ever made for wearing cowboy hats in all weather, all day, indoors and out." It is with great sadness that we announce the end of life for Pat, psychiatric survivor and a most remarkable woman. Born in Montreal, a graduate of Sir George Williams University, Pat's early life was very difficult and affected by mental illness. Moving to Toronto, she spent time in a hospital psychiatric ward and when she was released into the community of Parkdale, she was sent to live in a local boarding house. Her life in advocacy began then, as she brought the plight of those living in deplorable conditions to the attention of then Health Minister Larry Grossman. Her time in the boarding house is the subject of her acclaimed and ground-breaking memoir, Upstairs in the Crazy House, published in 1992 by Penguin Books. Her books Dispatches from the Poverty Line, The War at Home, Bound by Duty, and Beyond the Crazy House followed. Her two eccentric mysteries, Last Stop Sunnyside and The Corpse Will Keep were set in Parkdale and published by HarperCollins. When Pat had a quadruple bypass she felt that her life had been spared so that she could make a difference in the world. And she set about doing so. Here is just a sample of her advocacy work: Lead Facilitator, Voices From the Street; Co-chair of Mental Health Sub-committee of the Toronto Police Services Board; Member of Work-focused Discussion Group (Ministry of Community and Social Services); member Steering Committee of Civic Action, Health Council Mid-Toronto West; founding member of RACI (Resident and Consumer Initiative), a group of psychiatric residents and consumer/survivors; part time member of the Consent and Capacity Board. She has been awarded the Order of Ontario, the C.M. Hincks award from CMHA, the Queen's Golden Jubilee and Diamond Jubilee medals, and in 2015 she received the Order of Canada. She is survived by her niece Sabrina, and great-nephew Quinton. She was predeceased by her dear friend and mentor Dr. Reva Gerstein, who died just a few months before her. Pat will be deeply missed by all of those whose lives she touched, from politicians to voices from the street. Those who heard her speak, or attended a workshop, or read her books, will never forget her. But she will be especially missed by Pat's Team: Dan Aronchick, Mike Creek, Cynthia Good, Nora McCabe, Heather MacVicar, Jennifer Orange, Dr. Pauline Pariser, Jennifer Posthumus, Paul Quinn, Joey Slinger. Donations can be made to the Gerstein Crisis Centre at gersteincentre.org, in memory of Pat Capponi, or to your favourite charity. And Pat would appreciate your watching the video she produced just before her death: "What Reva Taught Me": https://www.youtube.com/watch?v=yYaQ_pZYsMw&feature=youtu.be "We, those with lived experience, must challenge the status quo; we must be the change agents, we must dare to speak our truths even when gate-keepers and those who derive their status and employment from our communities deny us our right to speak, to engage, to point out the systemic failures that guarantee their jobs and our continued poverty." - Pat Capponi
Published by Toronto Star on Apr. 8, 2020.
To plant trees in memory, please visit the Sympathy Store.
MEMORIAL EVENTS
To offer your sympathy during this difficult time, you can now have memorial trees planted in a National Forest in memory of your loved one.
MAKE A DONATION
MEMORIES & CONDOLENCES
10 Entries
I am so very sad to learn that Pat has passed away and extend my sympathies to her family, close friends and community.
I did not know Pat personally. However as an adult college student in the U.S. working towards my social work degrees, I was introduced to her writing and found it tremendously impact ful! It made me think, in ways I hadn't previously about how those of us labeled "mentally ill" are treated. Especially when in crisis!
When I met my partner Sandy (Canadian born and raised, living in Ontario) I talked about Pat and how I wanted to read her books "Upstairs in the Crazy House" and "Beyond the Crazy House." I also spoke of wanting to meet Pat. Sandy bought me her books which I cherish since she too has passed on.
I too have been on both sides of the (professional) desk. I have been helped by several healers but I have also been greatly wounded. Pat inspired me to always be an advocate for myself and especially for the rights and dignity of other mental health clients. It doesn't always make one real popular with hospital staff but knowing that I could make a difference for a fellow traveler made it worth it!
May Pat rest in eternal peace and her legacy live forever!
Lori D.
Acquaintance
May 15, 2021
Met Pat when I did volunteer work for the Consumer Survivor Information Centre. Pat was an intelligent, articulate passionate advocate, sorely lacking in todays mental health field. The world needs more of her kind, her kindness and fighting spirit. Rest in Peace.
Randolph
Friend
May 31, 2020
How much you will be missed, even more at this difficult time for inner city folks without services. Your advocacy and kindness would have been particularly in demand through this COVID-19 time.

God bless your Soul.
jayne Miles simpson
April 29, 2020
Dear Sabrina, Quentin, all the family and Pat's friends,
Our heartfelt sympathy on the passing of Pat, of blessed memory. Pat was in our lives from the time she was a teenager - a student of Stan, a trusted mother's helper for our family when our children were very young. Even then Pat's love, caring, kindness and sense of responsibility were clear. Despite her own difficulties her inner strength and determination to help others shone throughout her life - and she did so much to give a voice and dignity to those suffering from mental illness and poverty. Pat was truly a shining light for all who knew her and were affected by her. May your memories of Pat bring you comfort and inner peace.
With Love,
Sharon, Stan, Zev z"l, Beth and Judith Asher
Sharon % Stanley Asher % family Asher
Friend
April 26, 2020
My condolences to Pat's large community.
Chris Whittaker
April 13, 2020
To Pat, her friends and family,
You will be sorely missed, Pat.
We met in the early 1990's on a Strategic Planning Committee to expand Pyschiatric Hospitals beyond bricks and mortar. Your style of leadership was impactful.
Your community, and beyond, is hurting. May your Spirit gently guide us to carry on your important works.
May you know peace my friend.
Pam Jaworski
Pamela Jaworski
April 9, 2020
To someone who never will be forgotten.
Glen Dewar
April 9, 2020
A chance meeting in a beloved Parkdale coffee shop put me in touch with great woman and stellar advocate, her books made me laugh and they made me think. Pat showed me, and many others, how to articulate the things I had no words for. Pat will be missed. Her voice will be missed. In sadness I am so happy that Pat entered my life and that she left this world with dignity, love, and joy on her own terms. She will remain an inspiration long into the future. RIP friend.
Lin McInnes
April 8, 2020
My sincere condolences to all of Pats family and friends. I will remember Pat for her kindness and advocacy for people living in poverty, in our communities.
Carol
April 8, 2020
To the family of Patricia (Pat) Capponi, I extend my deepest condolences. Pat was a student at Dawson College in the early 1970s when I was working with the director general at the time, Robert(Squee) Gordon. Pat was a young woman who was already having an incredible impact on the Dawson community and beyond. She was her own person and someone who garnered much respect from her student colleagues, teachers, and administrators. Over the years, I heard Pat speaking on CBC programmes as she highlighted and advocated for those people in our society dealing with mental issues and the need for a more equitable approach to community support, such as half-way homes. She will be remembered for her courage and determination to allow this marginalized segment of our society to have the same rights and degree of dignity as other Canadians. I do hope that others will follow in her footsteps to carry on the work that Pat initiated and continued do do over these many decades. We owe her a huge debt of gratitude.