Richard UHRICH
UHRICH, Richard - It is with very heavy hearts we would like to inform you that Rick Uhrich has passed away on the morning of September 4, 2014 at the age of 60. Rick is survived by his wife Jill and his two children Jesse and Clare, his brother Brad, his sister Janet and many nieces and nephews. Rick was born in Regina, Saskatchewan and attended Luther College and graduated from the University of Regina. Everybody who knew Rick was aware of his passion for hockey. Rick was an accomplished hockey player, winning the 1973-74 Memorial Cup with the Regina Pats. His passion for hockey stayed with him for his entire life as he enjoyed coaching and playing recreational hockey. In January of 1992, Rick founded ISA and led this company for over 22 years to what it is today, one of the largest IT Security providers in Canada. Rick had a few more passions: for life, friends, music, golf, travel, laughing and Sleeman's Cream Ale, but his greatest passion was for his children Jesse and Clare. Rick was a tremendous business leader, a loving husband, father, brother and friend. He will be dearly missed by everyone whose lives he has touched with his love, generosity and joie de vivre! A Celebration of Rick's Life will be held at the Markland Wood Golf Club, 245 Markland Drive, Toronto, on Tuesday, September 9, 2014 at 7 p.m. Online condolences may be made through www.turnerporter.ca

Published by Toronto Star on Sep. 6, 2014.
To plant trees in memory, please visit the Sympathy Store.
MEMORIAL EVENTS
To offer your sympathy during this difficult time, you can now have memorial trees planted in a National Forest in memory of your loved one.
MAKE A DONATION
MEMORIES & CONDOLENCES
41 Entries
Dear Jill, I am just finding out now that you lost Rick last September. I am so sorry to hear of his sudden passing. It was always so wonderful to watch him on the fabulous Pats lineup in the 70's. Been a long time, but I always remember you and your family, with our Mom's curling together. Your brother Dick and I went to a whole season of Pats games during our university days. My sincere condolences to you and your children and Rick's extended family.
Ann Rafuse
April 19, 2015
Jill and family,
I am unbelievably saddened at hearing the news of Rick's passing. He was easily one of the kindest, nicest people I have ever had the pleasure to know. His was the face I always looked for first at the various Pat reunions we have had over the years. I will miss him.
Michael Wanchuk
September 19, 2014
Jill, Jesse and Claire
I went to Luther with Rick and have great memories of our time together on various Luther Lions' teams - as a small school we relied on the strength of character of guys like Rick to keep us going. I am so sorry for your loss.
Richard Walker, SaltSpring Island BC
Richard Walker
September 17, 2014
Dear Jill and family,
In high school, Rick was always the best guy int the class. Smartest. Best athlete. And the person who always made everyone feel like they mattered, that they counted for something.
I am so sorry for your loss.
Daphne Bramham
September 17, 2014
Our most heartfelt condolances to the entire family. We are so saddened by the news and Pray that God will give you strength at this difficult time. He was such a wonderful guy, he will be so missed.
Ken and Sheila Burdon
September 16, 2014 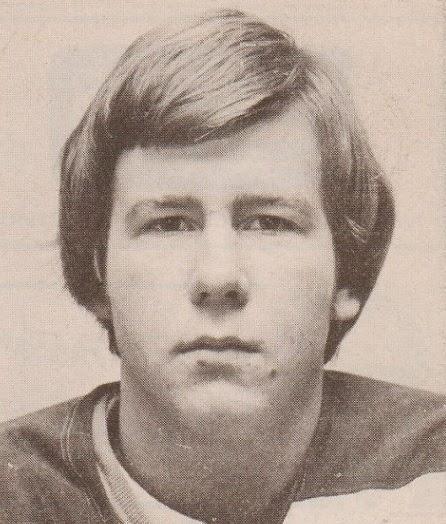 September 13, 2014
Jill and family: I am so sorry to hear about Rick. I remember him well from our days at Luther College. Your family will be in my thoughts and prayers.
Sandra Child Calgary
September 11, 2014
Jill, Jesse and Clair. We were very saddened to hear about Rick. Our thoughts an prayers are with you.
Cristine, Tyler, Nicole and Ryan
Cristine Wellman
September 10, 2014
Jill and family...I'm very sorry for your loss. Although I didn't know Rick, I did hear plenty from Joanne and she was always telling me about your special family. My deepest condolences. Al
September 10, 2014
Cousin Rick was my hero in 1974 when he and the rest of the Regina Pats came to Calgary and won the Memorial Cup. That magnificent smile told the tale of an accomplishment that I am sure he treasured always. Condolences from the Grant Walker family.
Grant Walker
September 10, 2014
Jill Janet Brad and Families.
We were saddened by Rick's sudden passing.We have many memories of Rick growing up and his hockey
Joanne, Fred, Nina and families
September 9, 2014
Our deepest sympathies to your family. If there is anything we can do to help please don't hesitate to let us know.Scott Cowle,Kellie Sanderson-Cowle and Sarah Cowle
September 9, 2014
Jill, Jesse Clare, Janet, Bradley and families. So sorry to hear of your loss. Gone far too young. Our deepest condolences.
Gwen and Robin Rees and family
September 9, 2014
So sorry for your loss. What a special man you all had for way to short of time. I had the pleasure of playing with Rick for 4-5 seasons in the summer for the wings. One time I was doing a golf fundraiser for my sons hockey team and I asked Rick if he would be interested in coming. He said that he could not make it but he would like to donate. I told him don't worry about it. Well a week later he gives me a cheque. Not to many people I know would even remember to give. I will miss our hockey room banter with each other.
Tim Byrne
September 9, 2014
Dear Jill, Jesse and Clare:
So sorry to hear of Ric's sudden passing
We have such wonderful memories of you and Ric and Dawn doing things together from a very young age. The best of friends.
Our hearts go out to you. Love Soph
Sophie Schmidt
September 9, 2014
To Laura Jill, Jesse & Clare:

Our hearts are with you as you struggle through these days. May you be comforted with the memories of a lifetime of love, caring, laughter and happiness.
The Thorntons
September 9, 2014
To Jill and Family,
Our deepest condolences to you and your family. So very sorry to hear of Ricks passing, I was recently visiting with Brad and he had showed me several pictures of the family and the fun he had out there this summer. My thoughts and prayers are with you all in this difficult time.
With sympathy, Karen, Larry, Jeff and Scott Macfarlane
Karen Macfarlane
September 9, 2014


a very sad time for you all. May you find comfort in each other and the memories you have.
Wendy Walker
September 8, 2014
Jill and family,Janet,Brad and families:
Our hearts are breaking after hearing the news of Rick's passing! Grief is so hard but our special memories help us cope! Certainly wishing we were closer Jill. Take care of each other! Cousin Linda & Don Johnson-Nicole,Nathan and families
September 8, 2014
Jill, Jesse, Clare
My thoughts and prayers are with you all at this time. Rick was such a lovely man and will be missed more than anyone can say.
Ann Garber
September 8, 2014
Dear Jill, Jesse, Clare, Janet& Gord, Brad & families. We were shocked and very saddened to hear of Rick 's passing. It seems so unfair. Our deepest condolences. Love Uncle Gary & Aunt Dianne
September 8, 2014
My thoughts and prayers to Jill and family. worked with Rick at STC along time ago we became very good friends.
Don Wirll
Don Wirll
September 8, 2014
Jill and Family,

Sorry to hear about Rick.

We are so sorry to hear Rick has passed on. Our deepest sympathies and thoughts go out to all of you. Rick was a great nephew and cousin to us and he will be greatly missed. Although Rick and Jill had moved away quite some time ago we all hold the memories of his smile and good nature close. Rick made us all proud with his hockey career, business achievements and family.
Take comfort in the memories to move on and never forget.

Auntie Agnes, Debbie, Bev, Glenn, Barry, Greg and Families
Agnes Walker & Family
September 7, 2014
Shocking news, so sad. I knew Rick from playing Saturday morning hockey together here in Toronto. Rick recognized my last name and realized the relationship connection as he was good friends with my uncle Mal Isaac from Regina. We were often on line together and he was inspirational with his determination and skill. Rick was sneaky fast and had a eye for the net. He loved the game, he will be missed.
Paul Badham
September 7, 2014
Wishing you all peace to bring comfort, courage to face the days ahead and loving memories to forever hold in your hearts. Our warmest condolences, Cousin Mike and Dianne Walker
Mike Walker
September 7, 2014
Jill & Family

Special thoughts for all of you today!!May the love of family and friends and memories you cherish,bring comfort to you .Big Hugs!!!!
Lynn Sali(Williams)
September 7, 2014
My thoughts and prayers to Jill and family. I used to work with Rick at MSL many years ago, such a cheerful wonderful man. We had many laughs and differences of opinions, some of which I won! Thinking of you all at this time.
Melveen Badley, Pense, Sask.
September 6, 2014
So sad to hear of Ricks passing.he is fondly remembered as a member of the Regina Pats when he played with my son Jim .we had many enjoyable trips .my sincere condolences
Dorothy Minor
September 6, 2014
Rick was a great team-mate ,a true gentleman. He was the fastest and brightest Komet.
Bill Bryant
September 6, 2014
I remember growing up in Regina with the Uhrich family living across the lane on York St. Rick and his dad were always organizing baseball or hockey games in the neighbourhood. That is how I remember learning to play sports. It is very sad to hear of Rick's passing at such a young age.
Condolences to all of Rick's family.
Jim Briggs
September 6, 2014
Dear Jill and family
Shocked and saddened to hear of Rick 's sudden passing. Our deepest sympathy to all.
Cousin Doug and Pat Steele
Doug Steele
September 6, 2014
Rick played hockey the way it is supposed to be played: with heart and skill. It was a joy to watch. He was a guy everybody liked and respected; a person of warmth and humour. My condolences to Jill and family and to those fortunate enough to call him a teammate and friend.
John Charlton
September 6, 2014
Marie and David Tucker would like to express our deepest condolences to the Uhrich family. Rick was a fine gentleman with whom we shared many wonderful moments. He will always be remembered in our hearts and thoughts.
David Tucker
September 6, 2014
Showing 1 - 41 of 41 results