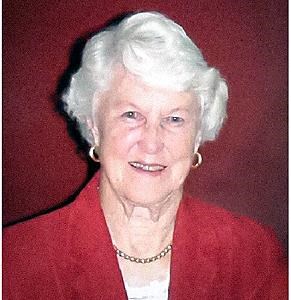 Born in 1924 in London England to Captain Massy Goolden and Alix Goolden, Ann was the second child and sister to Mary Henderson and Gill Nelles. Ann attended Crofton House School in Vancouver before going to boarding school in England with her sisters at the Belstead School in Suffolk. She then returned to Canada and completed her education at Miss Edgar's and Miss Cramp's School in Montreal.

With the outbreak of WWII, Ann followed her family's naval tradition and entered the WREN's after first working in civil service where she served with distinction in communications.

Following the war, Ann was introduced to George Nation by her friend and future sister-in-law Barbara Nation on a weekend at George's farm near Duncan, BC.

George was smitten and proposed almost immediately but Ann put him off until November, 1947 when they were married and settled down to start a family on the farm.

The farm was not a success, so George and Ann moved to Elk Lake outside Victoria where George began his career in the investment business and Ann settled into the arduous task of raising four children. Ann was a wonderful mother, always thoughtful and caring with a great sense of humour that provided a softer side to her husband's often strict views on how to bring up children.

George and Ann's life together took them to Duncan, Victoria, Vancouver, Montreal, Toronto and finally to a very happy retirement in Victoria. Ann shared George's passion for gardening and together they created wonderful gardens at their homes in Knowlton, QC and later in Victoria, BC. George was interested in the science of gardening while Ann always made sure the presentation was colourful and pleasing to the eye.

Special thanks to the wonderful carers at Sunrise who looked after Ann, while she struggled with dementia during the last years of her life. At Ann's request, there will be no funeral service. In lieu of flowers, donations to the Victoria Conservatory of Music would be gratefully received. 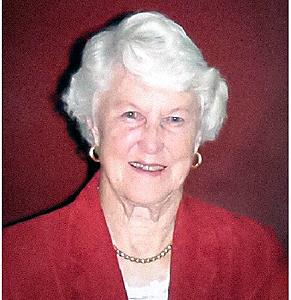 Published by The Times Colonist from Jun. 5 to Jun. 7, 2019.
To plant trees in memory, please visit the Sympathy Store.
MEMORIAL EVENTS
To offer your sympathy during this difficult time, you can now have memorial trees planted in a National Forest in memory of your loved one.
MAKE A DONATION
MEMORIES & CONDOLENCES
3 Entries
My husband and I were neighbours to Ann and George for a few years and we too got roped in to the plant sale for the conservatory . Much to our pleasure. They were always so warm and welcoming to many. They were especially kind to me on the unexpected death of my husband . A lovely couple. Carolyn Tabarrok
Carolyn Tabarrok
June 7, 2019
To the family of Ann Nation, My parents, Sally and John Wood worked alongside yours for years at the Victoria Conservatory Garden Tour. I have vivid memories of George and my Father doing the plant sale on the front patio at their beautiful home on Beach drive. Your mother always 'supervising' them from afar in her regal, elegant way.
Ann was always so kind to us as a family, serving tea or offering a lovely visit in her beautiful yellow garden room. She was always immaculately put together and charming.
I am sorry for your loss.

Your mother was a special lady and it was a pleasure getting to know her as we all grew up. Her lovely smile, quick wit and always pleasant demeanour made her a very special lady and one of my favourites.

I have wonderful memories of Ann in Knowlton and Montreal and seeing her occasionally in Victoria. I know you will all deeply miss her.

She had a wonderful life and we send you our heartfelt thoughts at this time of grief.