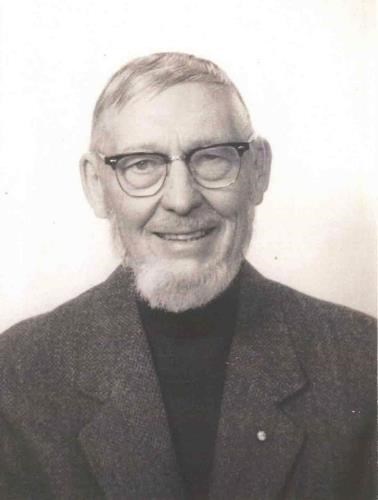 Harvey was born in Calgary and died in Victoria. He is survived by his wife, Margaret, his nephews Hunter (Connie), Peter, step-nephew Scott, step-nieces Michelle and Andrea, Judy, his cousins and their extended families. He was predeceased by his first wife, Pat Wood (1967).

Gifted with a keen intellect and an endless sense of wonder and curiosity, he saw the natural world as full of mysteries to unravel and complex problems to be solved. His combination of theoretical and experimental skills gave him a unique ability to function in both the academic and non-academic worlds.

He was a founding member of Calgary CPAWS, and member and chair of Science Advisory Committee of the ECA which lead him to be a proponent for climate change long before it was fashionable. In his community he was President and played a leadership role in the Bankview redevelopment plan. He photographed and documented the graves of God's Acre Military Cemetery for Veteran's Affairs Canada, and was the compiler and editor of the 2014 edition of the Veterans Cemetery.

He also found time for the Arts and was a keen outdoorsman. Since he was 14 he spent as much time as possible hiking in his beloved Rocky and Purcell mountains. He worked tirelessly for parks particularly in the creation of Nose Hill Park. He shared a wonderful, loving, rich, fulfilling partnership with his wife Margaret for 50 years particularly working together on their many projects.

The mountains have called and he has gone hiking.

In lieu of flowers, donations may be made in his memory to Canadian Parks and Wilderness Society National Office 506-250 City Centre Ave, Ottawa, ON K1R 6K7.
Published by The Times Colonist from Dec. 8 to Dec. 10, 2018.
To plant trees in memory, please visit the Sympathy Store.
MEMORIAL EVENTS
To offer your sympathy during this difficult time, you can now have memorial trees planted in a National Forest in memory of your loved one.
MEMORIES & CONDOLENCES
7 Entries
Dear Margaret,
I have just learn about sad fact that Harvey passed away. My sincere condolences. I will always remember Harvey as excellent tutor and person who gave me opportunity to start new life in Canada. My tree years of tenure as Post Doc under his supervision is full of good memories.
Tomasz Duczmal
March 31, 2019
Margaret, Thelma and I are so sorry to hear this news. You and Harvey were so supportive of us at a critical time.

Harvey took a chance on me he didn't have to take and provided crucial guidance that set the stage for my entire career. A mentor in the truest sense. And brilliant. He was an early environmental visionary and we can all see that his view of things has proved more and more prescient as the years unfold. I like to think his strong influence came through at least indirectly in our October IPCC report (on the feasibility of staying below 1.5 degrees C), and I was looking forward to telling him that.

He made the world a better place.

Harry and Thelma Saunders
HARRY SAUNDERS
December 19, 2018
My sincere condolences to Margaret and your entire family. I only learned of Harvey's passing at tonight's VGS meeting; and I was quite saddened upon hearing the news. Harvey was one of the veteran genealogists, who made me personally feel welcome going back to the days at the Truth Centre. He will be sorely missed by all who knew him.
Ron Nicholson
December 13, 2018
Auntie Margaret, Brandon and I send our love and sympathies to you. Uncle Harvey and you are in our thoughts.
Heather V. Gordon
December 10, 2018
Margaret
Ralph and I are sending love to you at this time. Remembering Harvey in all the Best ways. I respect all that he accomplished especially for Calgary and Bankview. Harvey will always be my favourite Calgarian for his contributions. Remembering Harvey and your efforts that changed our city for the better. We are making the journey to see you in January to support you with love and light.
Patricia Paterson
December 10, 2018
Dear Margaret
I am so sorry to see the news of Harvey's death in today's Herald. My thoughts immediately flew to the days before a couple of physicists entered our lives when you and I shared an apartment as bachelor women. Later with those two physicists we had a lot of fun together, frequently over dinner in your lovely home in Bankview. I wish I was in Victoria now to give you a hug at this difficult time.
I am thinking of you and wishing you comfort in this time of sorrow.
Robin Terentiuk
December 8, 2018
Saddened to hear the news of Harvey's passing. I met Harvey while he was working on his 'God's Acre' book (for which he recieved an Hallmark Heritage award). I was struck by his high level of professionalism and his meticulous nature trained me well for my own genealogy efforts. I enjoyed collaborating with him immensely. Sincerest condolences to Margaret and family. Merv Scott, Ambassador, Victoria Genealogical Society
Merv Scott
December 8, 2018
Showing 1 - 7 of 7 results