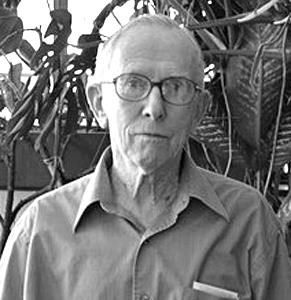 LENAGHAN, Henry John April 28, 1929 - March 28, 2019 Henry passed away peacefully in his sleep after living a full and active life. He was a man devoted to his family, ever ready with a joke, and always curious about the goings on in the neighbourhood. Henry was born in Standerton, South Africa 3rd of four children. He and Joan immigrated to Vancouver with their three children Natalie, Charles & Noel in 1966. Three years later they completed their family with their Canadian born daughter, Moira. Henry loved his new homeland and proudly displayed the beauty of BC for visiting relatives and friends by taking them on the "1,800 Mile Lenaghan Road Trip". From Vancouver, thru Lake Louise, the Rockies, Banff, Jasper, the Columbia Ice Fields, Prince George and the Frazer Canyon they saw it all. Henry did this tour 32 times and it never failed to impress. In his youth Henry was a skilled field hockey player and as an adult, refereeing became one of his passions. He was a referee for the Canadian National & International Women's Field Hockey Championships for many years. He also contributed to the Women's Field Hockey Rule Book when updates were required. He also played lawn bowls in his youth and in his later years dug out his whites & bowls to play across the street at Vic West. Henry didn't just play though, he could be seen in the early mornings weeding & trimming the gardens at the facility. Henry also loved tennis and was known to school a few young men well into his middle years. Professionally Henry was a Certified Management Accountant for 40 years and Assistant General Manager of Netherlands Overseas in Prince George for 18 years. Rarely a day would go by when Henry didn't sit in his chair with his graph paper working the numbers listening to the CBC. He retired early and he and his wife Joan moved to Victoria in 1992. Henry was a self-taught amateur electrician and a Jack of All Trades. He was always willing to tackle any work project and he and Joan travelled to England, Victoria & Prince George to help his children with their home reno's. Henry was not a man to laze around, if he wasn't working in the garden or on a project you could find him touring the neighbourhood for new building sites or changes. Henry is survived by his wife of 66 years Joan (nee Webber), and his children Natalie (David), Charles (Pat), Noel (Shelly), Moira (Greg) and grandchildren Michael, Rachel, Justin, Dylan, Ryan, Julie and great-granddaughter Lillian. A funeral mass followed by reception will be held on Tuesday, April 2nd at 12:10 pm at Our Lady of Peace Church, 851 Old Esquimalt Road. In lieu of flowers please make donations to the Heart & Stroke Foundation.

Published by Victoria Times Colonist from Mar. 30 to Apr. 1, 2019.
To plant trees in memory, please visit the Sympathy Store.
MEMORIAL EVENTS
To offer your sympathy during this difficult time, you can now have memorial trees planted in a National Forest in memory of your loved one.
MAKE A DONATION
MEMORIES & CONDOLENCES
7 Entries
Joan, Natalie, Noel, Charles, Moira and the rest of the clan,

Olga, Jennifer and I were saddened to hear of Henry's passing and extend our condolences for you loss of a great husband, father, grandfather, etc.
He and your family are in our daily prayers. May his soul rest in peace.

Henry was great example of a "Life well lived!" and was a true friend.

We thoroughly enjoyed the time together when we visited you (including the West Canada road trip) and value the many phone conversations over the years.

On behalf of all of us Dardis in South Africa please accept our heartfelt condolences on the passing of Henry. Although the years and miles between our families have been great and long we share your sorrow and will miss knowing we have an uncle far away.

Joan, special thoughts are especially with you as you have lost your best friend and husband.

Reading the obituary you compiled for Henry reminds me how alike his was to Grandpa Tom, always on a mission of discovery and doing and like Granny Tutzi not one let life slow her down. A special word to Henry's grand children please take some of his words and actions with you and share these with your future families don't let what I like to call the isms' of our loved ones be forgotten especially the fun parts. Remember, laugh, love.

Pauline (Dardis) Matt
Pauline Matt
April 2, 2019
Hi Natalie,
Valerie & I thank you so much for calling us and then sending the Obituary Notice. In spite of having known Henry and Joan since late 1967 we found more to learn in the notice.
We (and of course Julie and Mark) are saddened to learn of Henry's death. After an initial referral introduction from a mutual acquaintance in South Africa and Henry's so warm welcome to Canada we had kept in touch over all the years. Naturally contact was more frequent in those early years but after the move to the Island the contact was marked by greater gaps. But even after all those years a Christmas never passed without the exchanging of cards and more recently us sending a card and receiving a prompt and friendly phone call from Henry to keep us up to date on the Lenaghan family's ventures. This past Christmas Joan substituted for Henry as he was not really up to it but it was so nice that Joan kept in touch.
We shall miss those call calls and the long friendship involved.
We send our condolences and love and best wishes to you and the Family. You never know we might even get a call out of the blue from Joan or yourself.
Peter and Valerie and Julie and Mark.
Peter Isaac
April 2, 2019
And so we have lost such a good man, a friend to all, no less, myself. My condolences to the family, especially to Joan. Henry and I had a long friendship in field hockey, going back over 40 years or more. We met in 1973 in Burnaby at the Canada Summer Games, when Henry was assessing my umpiring. With clipboard in hand, he looked serious and I was very nervous. Little did I know then about his quirky jokes and stories and his wonderful sense of humour. He never answered a question, instead he would present a question of his own ie find the answer yourself! We attended so many tournaments over the years, at provincial and national tournaments, both keen on developing the standard of officiating. He was always so helpful, doing any job which needed doing, whether lining the field, helping with goal nets and spending extra time with beginner to advanced umpires. With his expertise in field hockey knowledge, he was instrumental in writing / editing rule books. Always wanting to talk, discuss and help each and every one to make the most of their potential. Every umpire began by being scared of him, then " loved " him for his sense of humour and dedication. We were such good friends, no matter how far apart we were, as we both were so passionate about FH. I am sad to say goodbye to Henry, but I think, in his own way, would say "my life has been so very full and enjoyable. I worked my best at everything I did, have had a wonderful family, such a long and loving time with
Joan, made some great friends and now it is time for me to rest". Henry, thank you for everything, my heart is sad, but I know you are looking down with love for all. With love, Jenny John
April 1, 2019
Dear Joan, Charles, Natalie, Noel, Moira and famalies

Please accept our deepest condolences on the passing of Henry. What a sad day it was when we heard.

Henry, in our opinion was the epitome of someone who really enjoyed life and who tried to pass it on to others. He on many of our regular phone calls shared with us his very clever jokes and anecdotes much to our amusement. We will really miss him.

We too were one of the family groups that shared with him the 1800 mile car trip through Canada, which he generously offered to us while we visited you all in Canada. What a wonderful treat, which thankfully also provided us with many great photos and many lasting memories to savour now that he has gone.

Our thoughts and prayers are with you all as this time. Please also know that our family are also with you in spirit particularly Elizabeth, Henry's sister who too asked us to pass on her condolences.

Colin, Diane and family
Colin Rilley
April 1, 2019
I am so sad to hear this terrible news. I know that Joan will miss Henry so much, as of course will all of his family.

I will always remember the kindness that Henry showed to my mom and to me...I am only sorry that we lived on different continents.

I remember in the early 1980's when Henry visited South Africa and stayed with my mom in her semi-detached home. I lived next door and we enjoyed so many great breakfasts in the garden in the early morning, before I had to rush off to work...freshly squeeze orange juice and fruit always remind me of him!

Also remember travelling to Canada in the early 1980's with George and Henry and Joan the Lenaghan's took us touring Canada....visited the saw mill, Lake Louise, Buchard Gardens, Vancouver.....oh all the memories just coming flooding back. Nothing was too much effort and that trip still remains as one of the highlights of all my travels.

Henry and of course Joan, were extremely supportive of Malcolm and I when we lost our mother - words of encouragement and compassion that helped us get through a very difficult time - and to this day, I hold them very dear!

The last time we saw each other was when Henry, Joan and Ron all traveled to SA to visit with PJ - once again special memories of them visiting me at my plot and showing such kindness to everyone.

A man of great character - he will be missed.
March 31, 2019
Fond memories of our uncle Henry, always interested in us across the seas. Sending our deepest sympathy to Joan and all the family. With love and prayers from Patricia and Peter in Durban, South Africa.
Patricia Foley
March 31, 2019
Showing 1 - 7 of 7 results