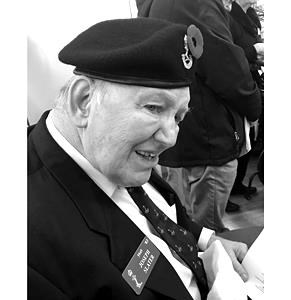 FUNERAL HOME
The Sequoia Centre at McCall Gardens
4665 Falaise Drive
Victoria, BC
SLATER, Joseph (Joe) Edward Joseph (Joe) Edward Slater died peacefully while surrounded by family and friends on Wednesday, November 13, 2019 at Veterans Memorial Lodge at Broadmead. Joe had been struggling with a significant decline brought on by progressive supranuclear palsy (PSP) over the past several years. Joe grew up in Kamloops, B.C. before joining the military and then moving into the federal government for the remainder of his career before retiring in 1999. Upon retirement, Joe moved to a country home at Crow Lake, Ontario with his wife Sandi. Sandi died in 2003 after 38 years of marriage. Joe stayed at Crow Lake until 2011 after which he moved to Victoria, B.C. and married Noreen Greig. Joe is survived by his wife Noreen, his son Jeff and daughter Sheryl along with their partners Marissa and Andrew and Joe's sister Dorothy. A Memorial Service will take place on Tuesday, November 19, 2019 at 2:00 p.m. in the Sequoia Centre at McCall Gardens, 4665 Falaise Drive. In lieu of flowers, donations are gratefully accepted at HeartandStroke.ca, CurePSP.org or rvca.ca (directed to support the Sandi Slater Memorial Trail). Condolences may be offered to the family at www.mccallgardens.com.

Published by Victoria Times Colonist from Nov. 15 to Nov. 17, 2019.
To plant trees in memory, please visit the Sympathy Store.
MEMORIAL EVENTS
Nov
19
Memorial service
2:00p.m.
The Sequoia Centre at McCall Gardens
4665 Falaise Drive, Victoria, BC
Funeral services provided by:
The Sequoia Centre at McCall Gardens
MEMORIES & CONDOLENCES
4 Entries
So sorry for your loss.
Sandra Hallam
January 13, 2020
Dear Sheryl,Jeff and family.So very sad to hear of your Dad passing.We are never readyto lose our parents May he finally find the peace he so dearly deserved.
sally goodman
November 17, 2019
Dear Noreen: There are never the right words to express the sorrow at this time in your life. I'm so glad you found another chance at love and companionship once again. Love, Mare Brown
MARE `Brown
November 17, 2019
Dear Noreen:
I am so sorry to read that Joe passed away.
When I think of my time at The Kensington, you, Joe and Sophie always come to mind. You 3 were such bright lights and always made me smile.
Rest In Peace, Joe.
Hugs to you, Noreen.
Terri
Terri Aylward
November 16, 2019
Showing 1 - 4 of 4 results