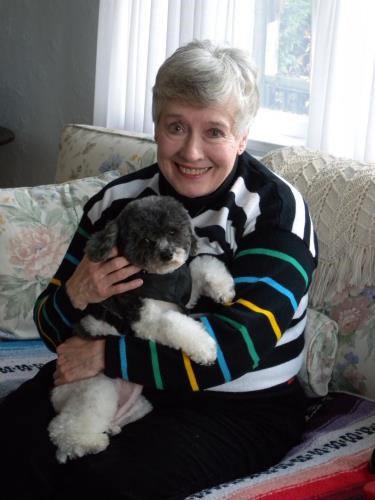 BORN
1943
DIED
2021
It is with extreme sadness that we share the sudden loss of a brilliant educator, linguist, humanitarian, and friend to many. Elizabeth was predeceased by her mother and father, George and Margaret McAuley (nee Monsson). She is survived by her beloved and inseparable furry friend and companion, Nibs, and many cousins from both sides of the family.
Elizabeth was born in Montreal and attended Trafalgar School, graduating in 1960. She then attended MacDonald College of McGill University and upon graduation received the Bishop of Montreal Prize for Scripture. She moved to the west coast and attended UBC where she graduated with a Bachelor of Arts (Hons.) in French (1965) followed by a Masters degree in French literature (1968). With a career in education as her goal, she obtained her Master of Educational Studies from the University of Leicester in England (1971)
Elizabeth (Miss McAuley) was head of the languages department and assistant headmistress at Strathcona Lodge School from 1972 until it closed in 1977. She moved to St. Margaret's School in 1978, joining other staff and students from Strathcona. She was appointed head of the language department and taught French and became assistant headmistress in 1979, and then headmistress in 1986. She supervised the construction of new residence buildings, established the first ESL program, and expanded the language program to include Japanese and Mandarin. Before she left in 1989, the board of governors drew up a strategic plan for the future of St. Margaret's School. Elizabeth joined the British Columbia Ministry of Education, where she served for twenty-two years in Learning Resources, Curriculum, and French Programs as Coordinator of International Languages. Elizabeth led the development of a curriculum template for BC First Nations languages.
After a humanitarian trip to South Africa in 2005 to visit Mazinyane Preschool in the rural community of Lilydale B, Elizabeth was 'hooked' on Africa. She then travelled to Ethiopia in 2007 to assist with polio immunizations for children under the age of 5 and that trip introduced her to Jutta DeMuynck who was running a small school for some of the poorest children in Africa. Elizabeth was in awe of the exceptional work that was being done and she started raising money to support the school - an endeavour that would carry on for many years to come. She returned numerous times to volunteer her services as an ESL teacher and also assisted with the professional development of the school's teachers. After Elizabeth retired, she made a number of 6-8-week trips back to Ethiopia, as the school had evolved to become the Mother and Child Rehabilitation Centre, which enables the mothers of the children to receive a basic education and practical training in courses they can then use to provide an income for their families.
Again, due to her love of Africa, Elizabeth volunteered for many years with the Victoria Grandmothers for Africa (VG4A) serving on many committees and holding a variety of executive positions, including as Chair of the 2017 African Dinner. She was involved in all aspects of the group and her contributions will be greatly missed.
At The Church of St. John the Divine, Victoria, Elizabeth was regarded as a "parish matriarch". She served as People's Warden, on Parish Council, and as Synod Delegate. She was also Sacristan, Lay Eucharistic Minister, a Reader, and chair of the Pastoral Care Committee. Elizabeth had a quiet way of supporting a number of people, befriending them, and sustaining her support for them when their health failed or life got tough for whatever reason.
Elizabeth generously supported the Victoria Children's Choir for many years, raising awareness of the choir and developing partnerships and friendships in order to prepare the groundwork for ongoing financial success. She served many years as the Chair of the West Coast Children's Choral Society Board. She was passionate in supporting youth in their musical enrichment. This passion extended to the Greater Victoria Youth Orchestra
Elizabeth was the epitome of kindness, compassion, thoughtfulness, generosity, and grace and will be sadly missed by her many friends, especially the three generations of the Carr family in Vancouver and the three generations of the Gardiner family in Victoria.
Memorial service will be held at a date to be determined.
If you wish to make a contribution in honour of Elizabeth, please consider donating to any of the following charities: Stephen Lewis Foundation (Grandmothers) stephenlewisfoundation.org; Victoria Children's Choir (victoriachildrenschoir.ca) Greater Victoria Youth Orchestra (gvyo.org)
Published by The Times Colonist from Oct. 1 to Oct. 3, 2021.
To plant trees in memory, please visit the Sympathy Store.
MEMORIAL EVENTS
To offer your sympathy during this difficult time, you can now have memorial trees planted in a National Forest in memory of your loved one.
MEMORIES & CONDOLENCES
Sponsored by the Victoria Times Colonist.
7 Entries
Ms. McAuley was one of my favourite teachers and I appreciated her kind spirit. soft tone and ready smile. She will be greatly missed and I send much love to her friends and family.
Lynda Brown
Student
October 11, 2021
I am sad and sorry at hearing of the passing of Elizabeth. A genuine smile, a hearty laugh, true grace, loved her dogs, commited to all her endeavours....I remember her thus, and share these thoughts with her friends and family.
Randall Ulrich
Friend
October 8, 2021 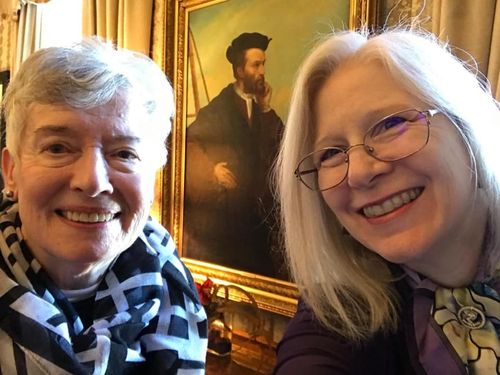 Almost two weeks ago, a light in my world went out. Elizabeth was my high school French teacher, she inspired my love of the language, the literature, the culture and the food. She gave us her lunch hours so we could become conversationally fluent, and defined for me the dedication it takes to be a great teacher. She later became headmistress of St. Margaret's School and then went on to the curriculum development branch of the BC Ministry of Education, where my father had worked as Director of Teacher Services before his disability. Elizabeth devoted energy and resources to a school in Africa during her retirement. I was so blessed that she could make it to the ceremony in Quebec city where I received the Ordre des Francophones d’Amérique. It was a moment where I felt she could witness what she had inspired me to achieve. I was proud to have her by my side and proud to be a legacy of her teaching as well as her friend. Rest in peace, dear Elizabeth. I will miss you and will continue to carry the light of the language in your honor and with all my heart.
Milena Santoro
Friend
October 3, 2021
She was my teacher at SMS. I remember her fondly! My condolences.
Carmen (Chan) Elzinga
Student
October 2, 2021
She was an outstanding teacher.
Bente
October 2, 2021
I met Elizabeth 6 years ago when I joined Victoria Grandmothers for Africa. She was an active member of the Education Working Group, contributing in a huge variety of ways, including giving our school presentations in French! Her greatest legacy for me personally was the way she always sincerely complimented people when she noticed they had done a good job of something - a great role model. I will try to remember to do that as I remember you for a long time, Elizabeth. Much love for the next chapter.
Laurie Wilson
Friend
October 2, 2021
So many have lost a dedicated friend and family member . So sorry for the loss of your friend Gardiner Family.
Carol Sykes
October 2, 2021
Showing 1 - 7 of 7 results