ROY, Dr. Reginald H. CDII, PhD, FRHS December 11, 1922-January 22, 2013 The last sentence of the last chapter of Professor Roy's last book – his autobiography – has been written. The outline is as follows. Reginald H. Roy was born in New Glasgow, NS in 1922 – the youngest child of a former Canadian WWI RAF pilot and his English war bride. A childhood during the Great Depression left a lifelong impression on him. At the age of 16, he signed up with the Cape Breton Highlanders. When war was declared the next year, he was still too young for the rank of Private, so he began his military career as "Boy Roy" wearing a WWI kilt and kit. He was commissioned from the ranks in 1943 and saw service in Britain, Italy, France, Belgium, and Holland. In 1945, Lieut. Roy returned home, moved to BC, and married his Cape Breton sweetheart, Ardith. He also began his education in earnest, picking up where he left off – completing high school, attending Victoria College and then UBC, receiving his BA (50) and MA (51). After seven years of student living, Ardith put her foot down. A daughter, Franklyn Ann, resulted. Upon graduation, Reg was a call-out officer (1951-53) working with Col. CP Stacey at the Army Historical Section, Ottawa, helping to write the official history of the Canadian Army in WWII. From 1954-58, he worked as an archivist at the Public Archives of Canada (Ottawa) and the BC Provincial Archives (Victoria). In 1958, Reg joined the History Department at Royal Roads Military College and the next year he was delighted to be invited to become a member of the University of Victoria's History Dept. He obtained his Ph.D. from the University of Washington in 1965, and became Professor of Military and Strategic Studies at UVic in 1968. He retired in 1988 but continued to teach part-time for several years. Dr. Roy was the author of 12 books and dozens of articles on military and defence topics. He lectured across Canada, the United States, Australia, South Africa, and to his family at the dinner table. A lifelong military man, Reg remained connected with the Reserves since the end of the war and was delighted to conclude his military career as Honourary L/Col. of 241 (Victoria) Communications Squadron from 1988 to 2006. There was tea at 3, sherry at 5, and hot cocoa at 10pm. He cooked a tender steak, and bliss would be a lemon pie for dessert. He wore tailor-made tweed jackets, carried a large black umbrella, and made weekly trips to the barber. He was a wonderful raconteur, quick wit, loyal friend, and a gentle man. Ardith, his wife of 67 years, daughter Franklyn (Alan Thurston), granddaughter Miranda (Jason Bryden), and great grandboys Henry and Hart will miss him dearly. A celebration of life will take place on Thursday, February 14 at 2pm at the Interfaith Chapel, University of Victoria, followed by a reception at the University Club. In lieu of flowers, donations may be made to the R.H. Roy Military Scholarship or the Veterans Oral History Project at the University of Victoria, Development Office, PO Box 1700, Victoria, BC V8W 2Y2.
Published by Victoria Times-Colonist from Feb. 1 to Feb. 2, 2013.
To plant trees in memory, please visit the Sympathy Store.
MEMORIAL EVENTS
To offer your sympathy during this difficult time, you can now have memorial trees planted in a National Forest in memory of your loved one.
MEMORIES & CONDOLENCES
12 Entries
During my undergrad years at UVic I had the privilege of being a student in Prof. Roy's course on the history of military warfare. Prof. Roy's expertise and passion for sharing his knowledge made this course one of the most enlightening and memorable.
David Purser
May 9, 2013
A true gentleman and scholar who I had the great pleasure to take many classes from during my time at UVic, as well as later on in the Army Reserves world. He taught me a great deal about life, history and soldiering. He will always be remembered.
James DeBruin
February 26, 2013
Rest in peace, Dr. Roy. It was my pleasure to know you and work with you at UVic. I have a lot of your publications and will treasure them. My sincerest condolences to you, Ardith, and your family.
February 14, 2013 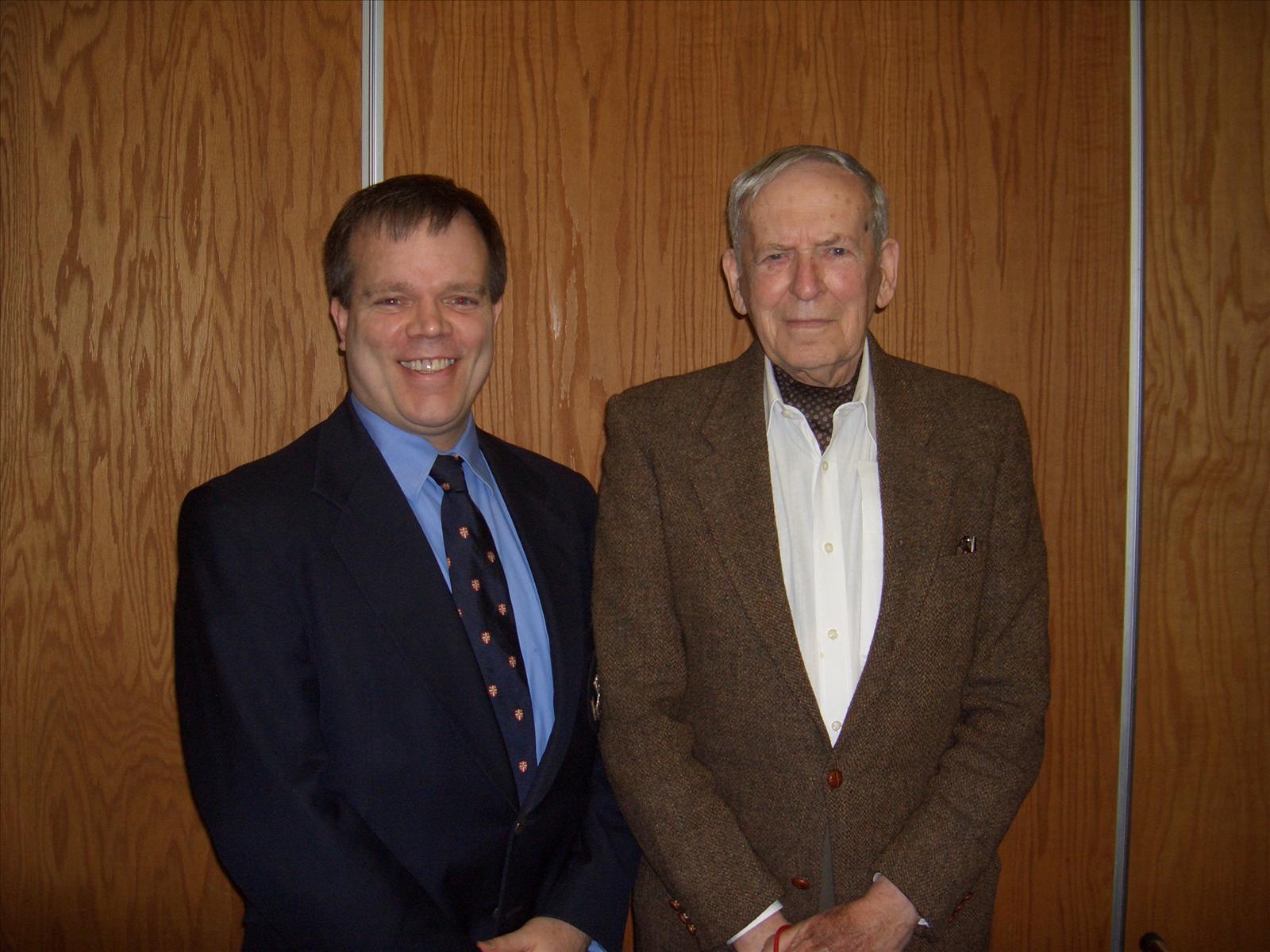 I was Dr Roy's last MA student and enjoyed all his courses as an undergraduate and later as his teaching assistant. I credit him for being where I am today. He encouraged me to follow my dreams by getting my PhD at Cambridge, joining the Reserves and working for the Federal Government. He was a true patriot and gentleman. I will miss our conversations.
Hugh Henry
February 10, 2013
A most delightful and entertaining historian who is to be congratulated for his legacy of books, contributions to CP Stacey's official history of Normandy, and for his foresight in preserving veterans interviews at the University of Victoria. I very much enjoyed visiting and talking to Reg for several years and am thankful for his encouragement to conduct my own interviews of WW I and II veterans. My condolences to Ardith, Franklyn and Alan and families. His chuckle was unforgettable. He will be missed. "At the going down of the sun and the in the morning, we will remember them."
Ken MacLeod
February 9, 2013
Very proud to have served with Reg in 741 (Victoria) Communication Squadron. He and Fin Clark, his predecessor as Honourary LCol, were fine examples of officers and gentlemen. I still keep every scrap of paper...you never know what might be needed for the historical record!
February 9, 2013
I so enjoyed the visits we had together for over 20 years. This world is a better place because you were here. A final salute
Randy Smith
February 4, 2013
Dr. Roy's classes were the highlight of my university week. Thank you for sharing your knowledge and enthusiasm. A life well lived.
Thomas Sallalway
February 2, 2013 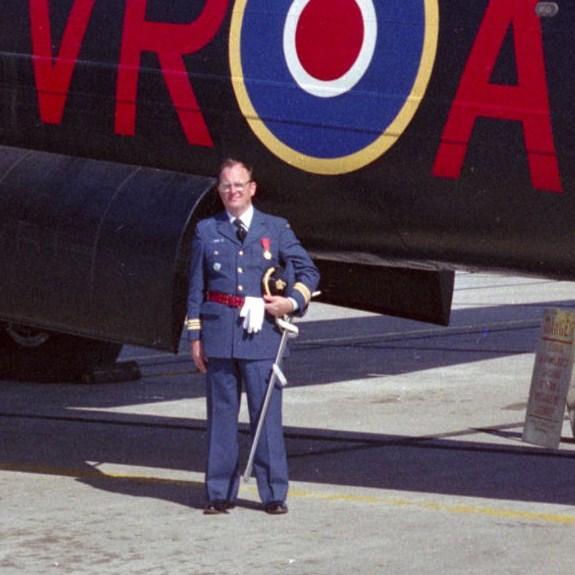 It was Paul Brickhill who sparked my interest in the Air Force; it was Reg Roy who sparked my life-long interest in History. I am always struck by how often my arts elective prof comes to mind more often than my Chem profs. RIP my friend.
Robert Vincent
February 2, 2013
He was a great teacher. Of all my profs he was the one who encouraged us to get on with "being an historian" .That is, to experience the sources first hand. I muddled along forever after that attempting to follow where he had gently led. Please accept my condolences, Craig Andrews
February 2, 2013
Reg was a grand fellow and a good friend. He and I were at Victoria College together in 1946-1948 and on to UBC in honours history. We remained friends and kept in touch throughout the rest of his life. He was on Jack Granatstein's board for the War Museum here and turned up often, visiting us along the way. He still has friends here from when he was in Charles Stacey's Historcal Section of the Army. Reg wrote several good regimental histories and other works.
We will remember him.
John Bosher
February 2, 2013
The best prof I ever had. RIP Reg.
Mark Hill
February 1, 2013
Showing 1 - 12 of 12 results