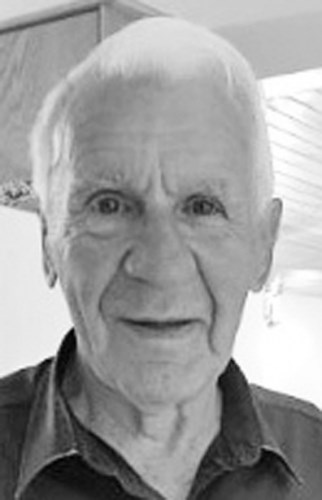 FUNERAL HOME
Fletcher Funeral Chapel
237 - 4th Street North East
Weyburn, SK
Armand "Yogi" Floran Prost In honor of Armand Floran Prost, who passed away at the age of 87, September 13, 2021 at the Regina General Hospital, with two of his sons and daughter in law by his side. Hero to those blessed that he was part of their life. Devoted husband of 67 years to Irene, father of seven, generous brother to three siblings, colleague and friend to many. He conducted his life in such a good natured and loving way. The accident that led to his death occurred while showing a care for another. Armand (Yogi) gave of himself to the community of Radville. His leadership and labor were key to construction of the pool and skating rink. He let nothing stand in his way, building a new fairway at Robertdale Golf Course in honor of the late Tommy Chow. He transformed the walkway connecting the east side of town with main street - befitting it to be named Claffey Boulevard in honor of the late Vernon Claffey - another loyal community servant. Radville's centerpiece train station underwent a restoration under the guiding hand of his sister Jeanette. Seeing that attention and ingenuity were needed in the area surrounding the station, he (at an advanced age and not surprising, an injury) set to seeing things made right. For these examples, and a lifetime of giving he was made the first recipient of the town's Gerald Bertrand Award. Armand began his hard-working life with his first job working for the late Carl Larsen Sr. farming vegetables. In the interview, Mr. Larsen wondered if he was too short for the job. Armand's counter was "isn't that where you need the work done". Over the decades he operated several businesses and seemed at his absolute best in the insurance industry, together for many years with the late Bill, and later Tim, Calibaba. He retired from his position with TWC Financial in 2001. His passing leaves a void in the lives of family and friends, but this will be filled by his lasting spirit and memory. Armand was predeceased by his father, Aristide Oscar Prost & mother, Agnes Georgina (Beaudry) Prost, brother, Emile Prost and brother in law, Victor Verhelst. Armand will be forever loved & missed by his wife, Irene Marie Prost (nee Roy) of Weyburn, SK; son, Allen Prost of Kamloops, BC; daughter, Michelle Minish (David) of Swan River, MB; daughter, Charlotte Prost (Paul Cushing) of Vancouver, BC; son, Lawrence Prost (Marj) of Radville, SK; son, Mark Prost of Kelowna, BC; daughter, Elizabeth Prost (Don Murray) of Calgary, AB; son, David Prost (Leanna) of Regina, SK; 13 grandchildren & 14 great grandchildren; brother, Gerry Prost (Ruth) of Weyburn, SK; sister, Jeanette Verhelst of Radville, SK; sister, Yvonne Roy of Whitemouth, MB as well as numerous nieces, nephews & friends. A Visitation will be held on Wednesday, September 22, 2021 from 7:00-9:00 p.m. at Fletcher Funeral Chapel, Radville, Saskatchewan and the Mass of Christian Burial will be held on Thursday, September 23, 2021 at 2:00 p.m. from Holy Family Roman Catholic Church, Radville, Saskatchewan with Father Thuy Nguyen celebrating. Interment will follow in Radville~Laurier Cemetery, Radville, Saskatchewan. For those unable to attend the in person, please consider logging into Fletcher Funeral Chapel & Cremation Services Facebook page just prior to the start of mass. In lieu of flowers, donations in memory of Armand may be sent to the Tatagwa View Activities Fund. Condolences may be left at:www.fletcherfuneralchapel.com. Services in Care of Fletcher Funeral Chapel & Cremation Services, Weyburn, Saskatchewan, 306-842-5432.