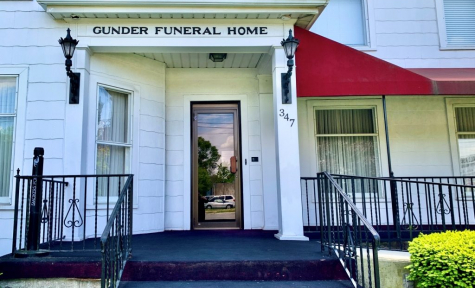 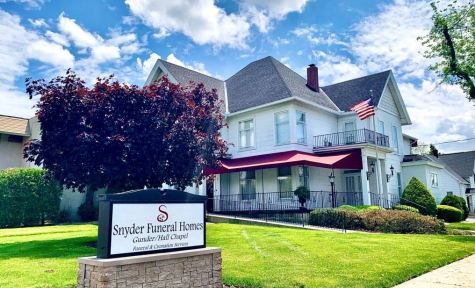 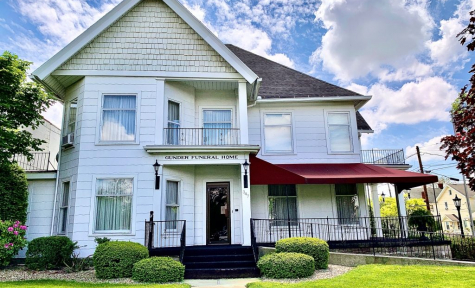 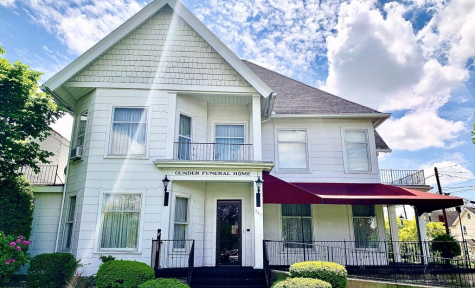 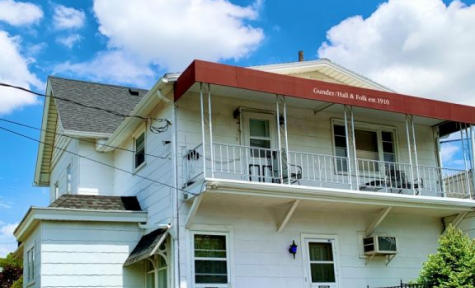 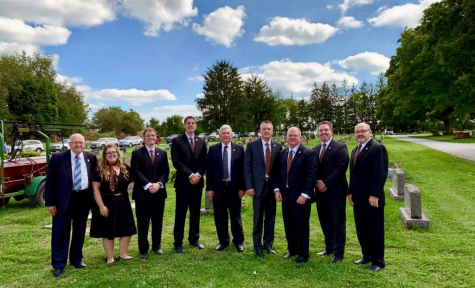 Two caring businesses who together have served the Marion Community for more than 252 years are uniting. Gunder/Hall & Folk Funeral Directors, which was established 104 years ago in 1910, is partnering with the Denzer-Farison-Hottinger & Snyder Funeral Home, which was established 148 years ago in 1866. They are joining their talents, staff, and resources to ensure each tradition of care and compassion will continue on for centuries to come.

Taking a glance back in time to around the turn of the 19th century, you would have found these two organizations working together then as well. The Denzer-Farison-Hottinger & Snyder Funeral Home was originally known as the Schaffner Funeral Home when it was founded in 1866. In the early 1900s, Schaffner’s hired a recent graduate from the Cincinnati School of Embalming, M.H. Gunder, as the head of their undertaking department. In 1910, M.H. decided to go on his own and acquired a state-of-the-art home at its present location, 347 West Center Street, which he converted into the Gunder Funeral Home. He was eventually joined by his sons, Eugene and Donald after they graduated from the Cincinnati School of Embalming in 1932 and 1936 respectively.

In 1968, Larry A. Hall, a Marion native, and junior at Marion Harding High School started working for Don Gunder, after the deaths of M.H. and Gene. While helping at the funeral home, he furthered his education at the Marion Technical College, The Ohio State University, and the Cincinnati College of Mortuary Science, and became a licensed funeral director and embalmer in 1975. Then, in 1980, he began purchasing the funeral home, then the Gunder/Hall Funeral Home. In 1985, they were joined by David T. Folk, a second-generation funeral director from St. Mary’s, Ohio, completing the purchase of the business, which became known as the Gunder/Hall & Folk Funeral Directors. For the past 46 years, Larry, and for the past 30 years, Dave, have provided a tremendous amount of love, care, and funeral expertise for families in their time of need in the Marion Community.

With no further family members interested in continuing their business, Larry Hall and Dave Folk have turned to their friends and colleagues in the funeral profession, Clay and Chad Snyder of the Snyder Funeral Home family to be their succession plan, a friendship that dates back to the mid 1970s. Larry added, “we turned to the Snyder family because they are known throughout the state for their professionalism, in addition to being trusted friends. It was also important for us to partner with a firm that understands the importance of the longtime Gunder traditions and Marion hometown relationships.”

The Snyder Funeral Home family truly does understand and appreciate the importance of these traditions and relationships, as for the past 9 years they have been fostering and building upon the Denzer legacy. In March of 2006, they were honored to partner with and be the succession plan for Gene Farison and Jack Hottinger of the Denzer-Farison-Hottinger Funeral Home, who also didn’t have any family generational succession. At that time, fourth-generation family funeral director, Chad Snyder and his wife, Rachel, both originally from Mount Gilead, moved to Marion to manage the business and become involved in the Marion Community. Chad has been assisted by his uncle, Clay Snyder, a Marion native and graduate of Marion Harding High School and The Ohio State University Marion Branch. Clay married the former Jacquelyn Ridge, an Elgin graduate, and they currently reside in Delaware, where he manages their Delaware funeral homes. Chad added, “my wife and I have loved our nine years here in Marion, and feel blessed to have been welcomed with open arms into the Marion community. We have an enormous amount of respect for Larry and Dave and their esteemed firm, and will work tirelessly to make them proud of the decision they made, not just today but for years to come.”

The Snyder Funeral Home family business was originally founded in the small Morrow County village of Johnsville, in 1922, by Clay and Chad’s grandfather and great-grandfather, Ora O. Snyder. Over the past 92 years, they have grown to now own and operate multiple funeral homes in Marion, Morrow, Delaware, Crawford, Richland, and Knox Counties, including the Denzer-Farison-Hottinger & Snyder Funeral Home here in Marion, and they also own and operate multiple crematories as well. Truly a family endeavor, the Snyder family currently has seven members of the third and fourth generations active in the family business.

Going forward, Larry will continue with the business into the distant future, maintaining all of the special relationships he’s developed over his lifetime in the Marion Community, and Dave will be available as a consultant with the firm. The combined operation will retain the caring and attentive staff of the Gunder/Hall & Folk Funeral Directors, as they will merge with Chad Snyder and the staff family at the Denzer-Farison-Hottinger & Snyder Funeral Home.

To conclude, Clay Snyder added “we are truly honored to have been chosen to carry on the legacy of care, compassion and superior funeral service provided by the Gunder/Hall & Folk Funeral Directors. Through this alliance, we will be better prepared to help families in their time of need and to aid in the celebration of lives well lived. We stand ready to be a guiding light during life’s most difficult hour, as the Snyder family and their associates have done with integrity and compassion for the past four generations.”

The Snyder family has been honored to serve the families of North-Central Ohio for nearly a century. Founded in 1922, four generations of Snyders have gone above and beyond to provide comfort while creating meaningful tributes to honor and celebrate each unique life lived. Of course, much has changed over the past 100 years—and the funeral industry continues to evolve. With the passing of each season, we strive to stay on the cutting-edge of our industry and offer the latest technology, while continuing to provide superior services at reasonable prices. We own and operate four crematories for control over every aspect of the cremation process. We invite you to visit one of our 13 beautiful facilities to discover what separates Snyder Funeral Homes from the rest. 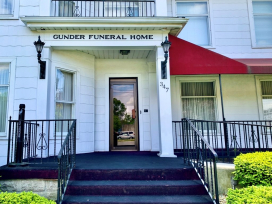 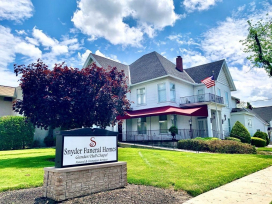 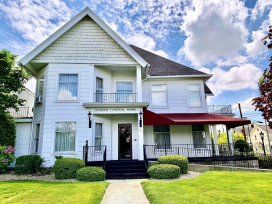 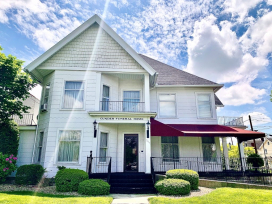 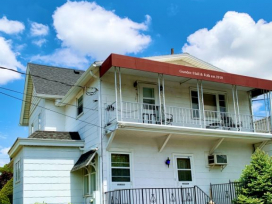 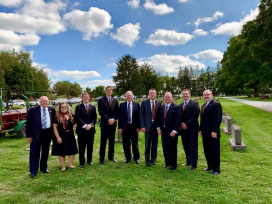