Spicer-Mullikin is a family-owned funeral home and since 1906, we have comforted families by creating personalized, meaningful memorial ceremonies that celebrate the life of a loved one.

Every year since 2015, Spicer-Mullikin has received the prestigious Pursuit of Excellence Award recognizing professionalism and integrity in our profession, presented by the National Association of Funeral Directors (NFDA). In 2017, we were nominated as the Best of the Best in America by our NFDA peers. In 2018, we were particularly proud to be named recipients of the inaugural 2018 Richard Myers Pinnacle Award. This was no small honor.

Spicer-Mullikin is one of the few funeral homes in Delaware to employ a dedicated professional grief specialist for post-service care. Our service reflects your love.

In 1906, William E. Haines opened his funeral home in Wilmington. It was later purchased by John W. Spicer, and then merged with a funeral home owned by James Mullikin. For many years we maintained three locations: Wilmington, New Castle (Wilmington Manor) and Delaware City. The Wilmington location was then sold and we purchased a facility in Newark. 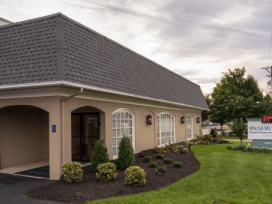