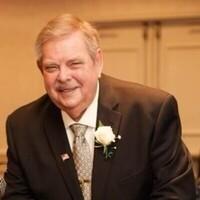 So sad to learn of Alan's passing. It was a pleasure to get to know both Alan and his sister, Barb, as they were coming to Lifeline. My sympathies go out to the family.

Paulette, you have my deepest sympathy. We go back many years.

May you all hold the memories of Alan close to your hearts. Alan and I were teammates on the first,first team at Mon Valley Catholic.The last time I saw Alan was at the 25th anniversary of the team.He was a year ahead of me but we became friends at school and on the field.He was a good teammate and an intense player.He respected the game and stayed with the rules of fair play and good sportsmanship.Blessed are they who mourn for you will be comforted.I want you to know that my prayers will be...

I met Mr. Hupchick through Mon Valley Honor Guard and Firing Squad. A true patriot throughout his life, he taught through his actions. We were honored he both participated and attended Starkweather Circle Ladies G.A.R. (Grand Army of the Republic) annual memorial ceremonies for veterans at the Aquatorium across the years. Deepest condolences to his family including sister Barbara and all blessed to have known him. In Fraternity, Charity, and Loyalty,

So sorry to hear of Alan's passing. Prayers to you and family.

Sending our deepest condolences.So very sorry for your loss.Hugs and prayers sent,

Dear Dennis and Family
Please accept our Sincere Condolences in the passing of your Brother. Please know a Vietnam Vet goes straight to Heaven and takes our THANKS and GRATITUDE with them. Our thoughts and prayers are with you.

Paulette, I am so sorry to hear about Alan’s passing. I offer my sincerest condolences. I just wished him a happy birthday. Cherish your memories.
With love, Carole Sue Vargo Opielowski

Get email updates about Alan Hupchick delivered directly to your inbox.

Al was in the first graduating class from Mon Valley Catholic High School in 1961. After high school, he enlisted in the US Army during the Vietnam Era. For numerous years, he and his family resided in Downingtown, where he was the Head Equipment Manager and a lifetime board member for the Young Whippets Youth Football Association. Al had been employed by the former Burroughs Corporation, now Unysis in Malvern as a computer technician, the Docutel Corporation as a field agent and at CTDI in West Chester, also in field service. After moving back to Monongahela in 2000, he was employed as a custodian for the Ringgold school district until his retirement. Al was a member and Commander of the Carroll Legion James C. Ford Post 949 in Dunkirk, a member of the Mon Valley Honor Guard and Firing Squad, the Monongahela Veterans Council, a charter member of the Sons of Italy in Havertown and a member of St. Andrew the Apostle Parish in Monongahela where he served as an usher for many years. Al enjoyed watching television, especially football and military documentaries.

He is survived by his wife, Paulette Falorio Hupchick with whom he celebrated fifty three years of marriage on May 20, 2020; two sons, Christopher Hupchick and wife Sherry of Speers and Gregory Hupchick and wife Alyssa of West Grove; four grandchildren, Cole, Carter, Max and Maeve Hupchick; brother, Dennis Hupchick and wife Anne Marie of Wilkes Barre; sister, Barbara McVicker and husband David of Monongahela.Friends will be received on Monday, April 19, 2021 from 2-4 and 6-8 PM in the Frye Funeral Home Inc., 427 West Main Street, Monongahela. A mass of Christian burial will be celebrated on Tuesday, April 20, 2021 at 11:00 AM in St. Andrew the Apostle Parish, Monongahela. Committal services and interment will follow in the Monongahela Cemetery with military honors accorded by the Mon Valley Honor Guard and Firing Squad.

Memorial contributions may be made to the Mon Valley Honor Guard and Firing Squad, c/o Frye Funeral Home and can be mailed or presented at the funeral home.

The Mon Valley Honor Guard and Firing Squad will conduct services Monday evening at 7 PM in the funeral home.

In order to be compliant with our state guidelines concerning the COVID-19 pandemic, masks MUST be worn and social distancing maintained.