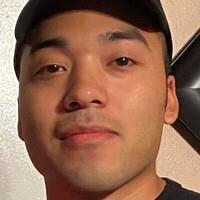 You’ll always be in my heart and mind Nephew. I hope One day we will meet again. Rest in paradise

RIP Sorry for you loss

Sorry for your loss prayers be with you all❤

Get email updates about Alfredo Cornejo, Jr. delivered directly to your inbox.

Alfredo was born in Rome, Georgia on October 6, 1995, son of Alfredo C. Cornejo and Soledad Escutia Lopez.  He was a veteran of the U. S. Air Force and was of the Catholic faith.  Alfredo worked as a forklift driver for Steel King.

A graveside service will be held on Wednesday, September 22, 2021, at 10am at Rome Memorial Park.

The family will receive friends at Henderson & Sons Funeral Home, South Chapel, on Tuesday from 5 until 8pm.  Masks are requested at the visitation and the graveside.