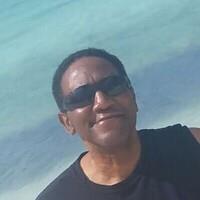 I would like to say Thanks to everyone who sign my husband's guest book. It really meant a lot to my family. Please continue to pray for my family as we go through this difficult time in our lives.

Hello Wanda and family
May God continue to give you peace due this time difficult time.
I love you ❤
Ronnie Rucker

To The Edwards & Torrence Family:

Our prayers are with you, and your family. Please accept our condolences during this heartbreaking time. We hope God blesses and comforts you, and give you peace in the midst of this storm for God promises in His word that, " Weeping may endure for a night, but JOY cometh in the Morning." Psalm 30:5 God Bless You Family!

My heart and prayers go out to the Edwards family. May God continue to bless and keep you during this time of bereavement.

As the days and weeks pass, and as you return to life's routine, may you continue to feel comforted by the love and support of family and friends. I’m going to miss his smile and jokes. Estella Thigpen

Grief can be so hard, but our special memories help us cope. Remembering you and your loved one today and always. We’re praying for you.

Sending our love and prayers of comfort to you and the family. May the Joy of the LORD be your strength; especially during this difficult time. Jay, Yvonne and Levi Anderson

Love and hugs my friend Prayers for comfort and peace

To Wanda and Family:
My deepest sympathy and condolences during this time. May God be with you and my prayers are with you all.

Get email updates about Alfredo Edwards delivered directly to your inbox.

If the above URL isn't working, try copying and pasting it into your web browser.

Mr. Alfredo Augustus Edwards known to many as "AL", 63 of Charlotte, NC passed away on Thursday, September 9, 2021 at his place of residence. Born to Edwin Augustus Edwards and the late Viola Dean Edwards on July 31, 1958. He was raised in Baltimore, Maryland.

Al was always ambitious and talented. After graduating from Edmonson High School, he joined and served in the United States Air Force, where he was stationed in Panama, the Philippines and was honorably discharged and recognized as a veteran. Alfredo obtained his Associate Degree in Business Administration. Known for his keen since of precision and understanding of business acumen, he was able to leverage these skillsets which developed his overall career in quality management. He worked at A.O. Smith in the Quality Department as the Lead Quality Technician, there he developed and worked on ISO standards for residential and commercial water heaters. Al was instrumental in developing ISO standards and procedures for several major vendors. In addition, he worked at Redi Group as a Quality Supervisor, developing and deploying major quality trends for high end cars manufacturing corporations. He obtained major certifications for Quality during his lifetime. Always willing to give back and help others, he was semi-retired.

Alfredo was married to his beautiful wife Wanda Torrence on August 16, 1986. They were married for 35 years.