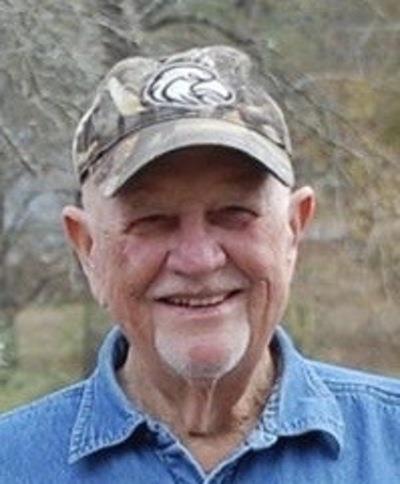 Sherrye and I send our heartfelt thoughts for Barbara and family with the loss of Allen. He will be missed but also well remembered for a life well lived.

Although I haven’t seen Allen since we were graduating from high school as 18 year olds in Hollandale, our small class of only 12 students allowed us to become close friends. Reading about his many accomplishments through the next almost 70 years brings warm memories of that kind, loving fellow student whom we all loved.

To my dear Tucker family, My heart is saddened to hear this news. I am so sorry for your loss. Mr. Tucker was such a truly fine man and a man who shined for the Lord! My life was blessed in knowing him and in watching how he lived his life! My life has been blessed in knowing each of yall and having you as my friends and my neighbors all those years. I hold so very many special memories of times shared with yall on Broadmoor and in our church activities. I am lifting yall up to Jesus in...

So sorry to hear this. My dad loved him and will be welcoming him in heaven I know

I really loved getting to know more about Popa through reading about him. I did not know him personally, but I do know his love was GREAT. I’m thankful to have heard of his love for Jesus, the love he’s given to his family, so many people, & my dear friend, Neely Katherine. You are all in prayers during this time.

Barbara and family, I am so sorry for your loss. Allan was a good friend and mentor and will be missed. He was a true servant of God and a role model for others.

Allen was involved in his family, friends and community. Everyone loved him and I know he and Larkin Tucker, Jr., his cousin, are now celebrating big time.

There is not much that can be said about Allan that everyone who knew him doesn't already know. An absolute heart of gold and a smile that always said, "have a nice day." A servant right up to the end, he will be missed by many and all of us who knew him grieve. Our prayers are with Barbara and family as we all hurt at our own loss of pleasant memories. May all of those pleasant memories soon dim the pain that is so real right now. I am sure Allan was greeted with, "well...

Get email updates about Allan Tucker, Jr. delivered directly to your inbox.

Allan was born in 1934 in the Self Creek Community, west of Starkville, Mississippi. Born to Verna Neely Tucker and Allan H. Tucker Sr. with two adoring older sisters, Verna Ramsey and Jessie Hamilton.  All have preceded him in death.

Childhood on a farm influenced Allan to develop an interest in agriculture early while following his grandfather Jess Neely around the family property. He was active in 4-H and owned his own dairy cows in high school and college.  He liked to joke his cows were named after his dates.  Luckily for Barbara, the cows were gone when she met him.

After a trip to Greece as an agricultural exchange student, Allan toured around the U.S. giving talks regarding Grecian agriculture to various civic and agricultural groups who had sponsored his trip. He was able to visit Greece again 60 years later.

Allan went on to major in dairy science at his beloved Mississippi State University.  He worked for the Mississippi Extension Service and continued his interest in 4-H by working as a contest judge. His job with the Extension service led to him meeting the love of his life, Barbara. A celebration of their 60 years of marriage was held this past February.

Allan’s Mississippi National Guard unit was called into Army active service briefly during the time of the Cuban missile crisis. He downplayed his service time knowing that others served in more dangerous capacities.

A 42-year career in the Farm Mortgage, Farm Management, and Real Estate divisions of Prudential Insurance Company started in the Mississippi Delta and took his family to several towns including Blytheville, Arkansas; Cordova, Tennessee; Carmel, Indiana; and Germantown, Tennessee.  Many great friends were made while working for Prudential.

Allan had a big heart and many organizations received the benefit of his leadership and business skills. While in Blytheville, he was a Deacon, Sunday School teacher, and choir member of First Baptist Church, as well as a charter member of the Kiwanis Club, and Director of Crowley Ridge Girl Scout Council and band parent chaperone and concession grill master.

Choosing Starkville as his and Barbara’s retirement home, Allan knew he would have unlimited entertainment opportunities with his beloved Mississippi State Bulldogs.  He was a super fan, loving the Bulldogs through euphoric winning seasons and remaining faithful through the losses.

If there wasn’t a ball game, Allan loved to volunteer for Habitat for Humanity. Before there was a fancy Habitat truck, there were “Three Old Men and a Trailer” driving around collecting donations. He was also on the Habitat Board but truly enjoyed donating his time.  Just last month he was helping to haul furniture into the Resale store.

Allan also enjoyed membership in Starkville Rotary Club and the Quarterback Club and looked forward to these meetings every week.

Allan enjoyed singing (and socializing) with the First United Methodist Church choir and Men for The Master group.  Allan made trips to the Methodist children’s home where he helped to paint their gym.  He also volunteered several years reading to 3rd graders in the Oktibbeha County schools.  He looked forward to these visits.

Most of all, Allan enjoyed having his family all together.  Thanksgiving was one of his favorite times of the year. He felt there was nothing better than a house full of family and a Bulldog game to go to.   He will be remembered for the love and time he gave to others.

A recent diagnosis of Myelofibrosis led to Allan slowing down in the last three weeks as his body began to be overcome by the blood disease. His family and friends will always remember him as the kind, generous servant he was.

The family will gather the week of Thanksgiving to honor and celebrate the life of their dear husband, dad, Popa and uncle at Starkville United Methodist Church. Due to the Covid-19 pandemic, attendance will be limited to family. Online live streaming of the service will be available once details are arranged.    Memorials can be made to any of the following:  Starkville-Oktibbeha Achieving Results (SOAR), Starkville FUMC, The Allan and Barbara Tucker Agricultural Scholarship at Mississippi State, or Starkville Habitat for Humanity.