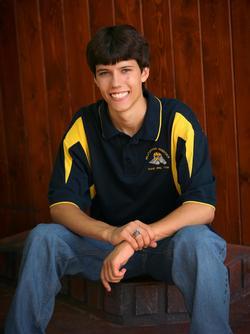 Praying for Andrew's family as another anniversary is here . Your loss is one you can never get over .

Praying for Andrew´s parents and his entire family as the anniversary of his death draws near. For God´s supernatural and comfort.

As the date draws near of your son's passing 7 years ago, I just wanted to let you know that he is not forgotten. After reading about him again, he sounds like such an amazing and loved young man with so much to look forward to. I know the pain of losing a child all too well as our daughter passed away at Purdue (Hillenbrand dorm) at age 19 in Sept. 2010. We also have a West Bend, Wisconsin connection as that is where I grew up (my family still lives nearby so I visit often). It's such a...

I will never forget Andrew and all that he had to contribute to the Purdue community. He and his family are in my heart. I carry him with me every semester. He will never be forgotten.

My prayers are with Andrew's parents . My son was in a lab close to where Andrew was . He also was one of Andrew's engineering partner in a class . Every year I say a special prayer for Andrew and his parents . My heart still aches for them .

As members of the Marquette High community both of my sons knew and loved Andrew. He was a gift in the lives of his classmates. As fellow Eagle Scouts they shared so much in common. Andrew was a shining star and a true man for others. We think of Andrew often and send our prayers to the entire Boldt family.

Drew's spirit lives in all our hearts, thoughts, words and actions. Do small random acts of kindness daily. Give someone that Drew smile daily. Thank you, Drew for making our lives brighter.

Our prayers are with you during this time of the year . Andrew touched many lives at Purdue & still is . May God help you during each of your days to heal . Some day you will be reunited with Andrew . I am sure he is watching over you each day .
God Bless your family .
Juliann & Shaughan ( ECE Purdue Senior )Gladden

To honor Andrew's memory today, I think the most important thing is to carefully consider what we can learn from the way he lived his life. Hebrews 10:24 encapsulates this precisely: "And let us consider how we may spur one another on to love and good deeds."

Get email updates about Andrew Boldt delivered directly to your inbox.

Andrew (Drew) Frederick Boldt, 21, tragically passed away on Tuesday, January 21, 2014, on the campus of Purdue University in West Lafayette, Indiana.He was born on June 11, 1992, in Milwaukee, Wisconsin. While living in Wauwatosa, he attended Christ King Grade School. He graduated from St. Frances Cabrini Grade School in 2006 and then graduated from Marquette University High School in 2010.While in high school he earned his Eagle Scout Rank in 2009 with Saint Frances Cabrini Troop 796. He played football, competed as a pole-vaulter for the track team and earned regional awards on the Hilltoppers FIRST Robotics Team 1732. In addition, Drew was a member of the Latin Club and enjoyed competing at State and National Junior Classical League conventions.At Purdue University Drew was working towards a degree in Electrical Engineering and lived all four years in Cary Quad Southwest. He was past president of Cary Racing and worked with a team of students to build and race electric go-karts for the annual Purdue Grand Prix. He also served on the Cary Dorm Board. He was employed by the College of Electrical and Computer Engineering (ECE) as a Teaching Assistant and served as an Officer for the ECE Student Society. Drew also worked as an intern the past two summers for the John Deere Corporation. He was due to graduate in May 2014 and was hoping to accept a full time job with John Deere.Drew is survived by his parents, James and Mary Mueller Boldt, and his brothers, Erich, of Minneapolis, and Nathan of West Bend.He is further survived by his grandmothers, Pearl Mueller, West Bend, and Joyce Boldt, Manitowoc; aunts and uncles including Ann Marie (John) Craig, Katrin Mueller, Janet (Steve) Gustman, Rita (Michael) Nowotny, Bruce (Jill) Mueller, Carol (John) Hanrahan, Kathleen (Paul) Noetzel, Jerry (Laura) Boldt, and Jay Boldt.Drew also leaves behind cousins Erin (Sam) Bergstrom; Emily and Madeleine Craig; Lillian Mueller; Stephen, Timothy and Matthew Gustman; Jason, Benjamin and Sarah Nowotny; Alexis Mueller; Mariah and Ethan Hanrahan; Clara, Elena, Gabriel and Jacob Noetzel; Ryan, Natalie and Craig Boldt, along with the Marquette University High School and Purdue University communities.He was preceded in death by grandfathers, F. William Mueller and Donald Boldt, uncle Frederick Mueller, and cousin Henri Noetzel.The family will receive visitors from 3-6:30 p.m. on Tuesday, January 28, 2014, at Saint Frances Cabrini Catholic Church. A Mass of Christian Burial will follow at 7:00 p.m.In lieu of flowers, the family suggests donations in his memory to Saint Frances Cabrini Parish, Marquette University High School, or the Andrew F. Boldt Memorial Scholarship Fund; c/o Saint Frances Cabrini Parish, 1025 S 7th Ave, West Bend, WI 53095.The family would like to express their sincere appreciation and gratitude for the outpouring of love, condolences and support offered by all the people who knew and were touched by Drew.The Schmidt Funeral Home of West Bend is serving the family. Online guestbook and condolences are available at www.schmidtfuneralhome.com.