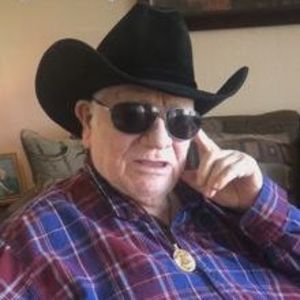 Antonio G. Hernandez, 87, born on January 10, 1933, in San Luis Potosi, Mexico, passed away March 8, 2020 surrounded by his family. He resided in Indio, CA at the time of his passing. He is survived by 6 daughters & 1 son, 34 grandchildren, & 62 great grandchildren. Daughters are Olivia Ramos, Belia Zabalza, Ninfa Avina, Sylvia Paz, Elvia Hernandez, Sandra Hernandez, and his son is Robert Deanda. Wife Concepcion, daughter Belia, & grandson's Jose Ramos and Felix Martin Garcia preceded him in death. Our father was a very loving person, he loved music dancing & going to restaurants. His plans were to go Mexico to go visit his two brothers & family in Mexico, but unfortunately it didn't happen. He came to the United States as a young man, as he grew in age he met our mother Concepcion that gave birth to their 6 children. He took care of his family by working hard in the fields, to provide for them, until he wasn't able to work anymore due to his illness. On a conversation I had with my beloved father he wanted all of us to be happy & to see all his daughter's in peace. He said to me " I love all of you the same." His spirit has joined his beloved wife, daughter, grandchildren, and his beloved mother, father, sister, & brother. Arrangements are under the direction of Forest Lawn, Indio, California. There will be a visitation on Wednesday, March 18, 2020 between 9:00 a.m. to 12:30 p.m. at the Indio Chapel, at Forest Lawn Indio, located at 82975 Requa Ave, Indio, CA 92201. Service to take place at Our Lady of Perpetual Help Catholic Church at 1:00 p.m to follow burial at Coachella Valley Cemetery, located at 82925 52nd Avenue, Coachella, CA 92236. Family & friends will be gathering at his grandson's, Victor Jr Avina's home to celebrate his life.

Dedicated to our father that has gone to paradise.
"TWO SMILING EYES"
Two smiling eyes are sleeping, two busy hands are still, the one we love so deeply, is resting at God's will. May he always walk in sunshine, God's love around his glow. For all the happiness he gave us, only a few will ever know. It broke our hearts to lose him but he did not go alone. For part of us went with him the day God called him home.

Our Lady Of Perpetual Help