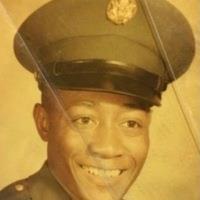 Deacon Allen sorry for your loss.Sending our love and condolences to the family!❤
Deacon Arthur/Wilma Southern

Get email updates about Arthur Allen delivered directly to your inbox.

On, January 5th, 1946 a son was born to the union of Frank and Iola Allen in Keathie, Louisiana named Arthur Jean Allen. Shortly after birth, they relocated to Houston, Texas. Arthur attended B. C. Elmore High School and was a proud Tiger graduate. In November 1966, he enlisted into The United States Army. He served in Vietnam War in 1971 and was in a Special Forces-Airborne Division. He was Honorable discharged after serving 4 years in the United States Army. Arthur Jean Allen accepted Christ at an early age. He later became a member of St. John United Methodist Church under the leadership of Pastors Rudy and Juanita Rasmus. In Arthur’s leisure time he enjoyed watching and cheering on America’s Team the Dallas Cowboys. He loved spending time with family and traveling back and forth to Louisiana.

Arthur went on to glory after fighting a good fight on June 15th, 2021. He was proceeded in death by his parents: Frank and Iola Allen, his siblings: Terry Lynn Allen-Laster and Wallace James Allen, Sr. and a special cousin Cooper Ray Allen.

Services are as follows: