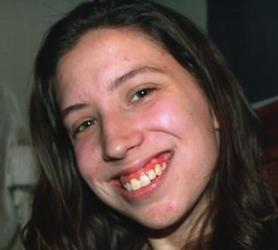 She was my best friend in elementary school. We slowly drifted and even more when i moved schools. She always seemed to have a smile on her face. She was one of the sweetest and kindest girls I had ever met. You will be missed❤

I'm so sorry to learn of your dear Ashley's passing. I loved when she came to TRS with Mark. Her joyful spirit was contagious. Wishing you love and peace.

Get email updates about Ashley Krause delivered directly to your inbox.

Ashley Lauren Krause, 21,  of Villa Park, IL. passed away Sunday, August 20, 2017. She was born in Winfield, Illinois on May 17, 1996 to Mark and Lisa Krause. Ashley was taken from us far too soon. She was a remarkable daughter, sister, granddaughter, niece, cousin and friend. Her actions defined who she was and who she was becoming: a 2014 Willowbrook High School graduate who competed in Cross Country and Track, played the flute in band and participated in Yearbook club; a graduate of the Illinois Center for Broadcasting; and an intern for WKSC (KISS FM) radio station where she rubbed elbows with A-list celebrities including Ryan Seacrest and 5 Seconds of Summer. She continued pursuing her degree in mass communication at the College of DuPage and proudly ran as a Chaparral on both the Cross Country and Track teams, and later studied at Illinois State University. Some of her biggest loves were her family, her two dogs Bear and Madison, and all things Chicago, especially the Chicago Cubs! While growing up, some of Ashley’s favorite memories included camping with the family, baking and gardening with Grandma, fishing with her Grandpas, family reunions in Nebraska and running races with Mom and Dad. She is survived by her parents, brother Joshua, Grandpa Robert Nickel and a loving family of aunts, uncles and cousins. Ashley was welcomed into heaven by her Grandma Nickel, Nana Malanowski, Grandpa Krause and her childhood dog Jordan.