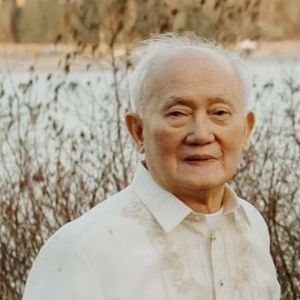 Avelino Ho Lim passed away peacefully on December 30th, 2021 at the age of 91, surrounded by his loving family at home in Poulsbo, Washington. Avelino (Ame) was born on July 07, 1930 to Mariano and Marciana Lim in Aparri, Cagayan Philippines. He was one of ten brothers and sisters. His family was greatly affected by the Japanese Occupation and the ensuing World War and endured many hardships. The family resettled in Manila and Avelino later studied Chemical Engineering. During that time, he met Lorenza (Lori) Galvez who was studying Architecture. They married in 1960 and had two sons, Allen and Alvin. Avelino and Lorenza both received special technical professional visas to the United States as their skill sets were in great demand. He came alone in 1967 to establish himself, landing an engineering position with Allied Chemical in Baltimore, Maryland. Lori followed in 1968 and the boys in 1969. The family eventually settled in the Baltimore suburb of Randallstown. In 1985, Ame and Lori moved to Houston, Texas where they lived for 21 years before relocating to Seattle, Washington in 2006 to be closer to Ame's relatives. Ame and Lori were regular attenders at St. James Cathedral, Seattle Washington. Lori sadly passed away in 2011 but fortunately Ame had loving family (nieces) nearby and then Allen and his family when they moved to Seattle in 2015. Avelino was surrounded by his family during Christmas time and at his passing. He is survived by his two sons and grandchildren: Allen (Nancy) children - Bryan, Katie, Diana (Kyle), David (Blair), Maria (Matt); Alvin (Mai) children - Zachary, Maxwell, and Sydney.

Avelino had a passion for Chinese history, music, movies, watching boxing and knife collecting. He had a creative and artistic side that showed in building small practical items for around the house. He loved Lori and her amazing Filipino cooking, complemented by his love of beer! He was a very devoted and faithful husband who longed to be with Lori once again. "May you live in interesting times" is an old Chinese blessing and Avelino certainly did that!

Ame will be laid to rest next to his wife at Forest Lawn Cemetery – Cypress in Los Angeles, California.

The funeral mass will be held on Saturday, Jan 29th at 9 am. The service will be webcast beginning at 8:45 am using the following link:
https://venue.streamspot.com/event/MzAwNDkxMg==

My sincere condolences to Allen, Alvin and families. I am sad to hear of Uncle Ame’s passing.
I am going to miss our “Lim family Historian” his stories (true or fable) had brought me insights and inspirations of our Lim family. Stories of them growing up in Aparri, their close loving relationship among the Lim Siblings, - the fun and pranks things they do, stories about their beloved Buah (our Amah), Lelang and Angkong. Thank you Uncle Ame for the memories and stories.
Thank you...

Our heartfelt condolences to Allen, Alvin and families. May you find peace and comfort knowing he is HOME with Our Lord, and reunited with your mom and other family & friends who have gone before him.

I don’t have as much memories of Uncle Ame as my sisters who had lived with the family in Randallstown, nor those who lived near them when Uncle Ame and Auntie Loring later moved to Seattle area. Wish I had...

However, a very special Uncle Ame memory will always...

Rest in God's eternal peace, Uncle Ame. My heart goes out to Allen and Alvin and their families.