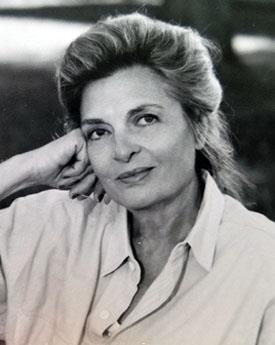 To Jennifer Wilson from Lisa Schultz Pritchett; I recently learned of your Mom's passing even though it's been several years and send my sympathies. I apologize for communicating on this forum. I've been trying to get in touch with you for a long time since I lost track of you. I understand you are still in Washington state. I live in Wisconsin with my husband, Craig. I have a Facebook page if you could contact me; I'd love to hear how you are doing. Thanks, Lisa

Barbara MacArthur, you were one of the key influences that inspired the meaning of Organic Agriculture and helped it to Transcend into it becoming a reality.

Your inspiration and your tenacious belief for what is right, put our world on a truly better direction then if for what if you had not contributed to this cause, it would have most likely never have happened.

Because of what you inspired help me to create for example some of the most successful Organic...

Ladd,I am at a loss for words,
Your mom has taught me a lot about organic living and cattle than I could have ever imagined!
My condolences to you and your family.
Best Regards. Ron Mercer

MOM LOVE YOU & MISS YOU

May the love of friends and family carry you through your grief. John 14:1 our Heavenly Father cares for us.

Dear Laddie and family, Your Mom and Dad were such a Icon of Barrington Hills farm life! I'm saddened by the loss of Barbara. My thoughts are with you and your family. We need to take care of each other, because we are now the elders.
Much Love,
Patricia Carroll

We were profoundly saddened when we recently learned of the passing of Barbara MacArthur. Our family had a unique and unexpected opportunity to meet Barbara MacArthur during our family petition drive against the Fritz Duda developer saga. Her commitment and outright zeal to preserve and defend open space from outside threats is the reason all of us who live here in Barrington Hills enjoy our property and all it's outstanding benefits!

With every passing decade, we continue to lose...

Such a loss. A beautiful, eccentric, charming woman. A pioneer.

Get email updates about Barbara MacArthur delivered directly to your inbox.

Conservationist and organic farming pioneer Barbara MacArthur died on September 12, 2016 at the age of 82. Barbara was a pioneer who took positions on issues that now seem common and ordinary such as the importance of organic farming, wetland and groundwater preservation, and bird migration.

Barbara MacArthur, along with her late husband Alexander, owned and managed the 430 acre Strathmore Organic Farms (now known as Barrington Hills Farm) in Barrington Hills, which produced organic beef, wheat and soybeans for more than three decades. In 1989 Barbara founded the Land of Lincoln Organic Growers Association, which lobbied the state legislature to introduce a "certified organic" label on produce grown without chemicals.

After the historic opening of China in the early 1970s by President Nixon, Strathmore Organic Farms was chosen by President Nixon to host one of the first cultural exchange venues where the Chinese could visit a modern, progressive American Farm.

Barbara was intimately involved in the day-to-day operations of the farm and could be found walking among the herd of cattle, examining the fence line, and giving tours of the full working cattle farm. She was always keenly aware of the delicate balance between the operational needs of the farm and the fragile environment where it was located.

The slogan painted on a Strathmore Farms pickup truck summed up Barbara’s philosophy: “Where Nature is Always Boss.” “I hate the title boss,” she was known to say. Not only because she always chipped in and worked with her employees, but the idea of trying to artificially controlling nature was even less appealing.

For that reason Barbara maintained the woods on Strathmore Farm. The woods have been identified as an old growth forest, subject to a single cutting before the turn of the last century. The tree species are diverse and sustained by the variety of soils and ground water preserved in harmony with the forest canopy.

Her love of farming was never about the bottom line. She had the heart of the farmer who loved to work the land. Barbara, and her husband Alexander for whom the Village of Barrington Hills Board Room is named, spent decades fiercely defending Barrington Hills' tradition of open spaces.

Barbara was preceded in death by her husband Alexander who died in 1993. Survivors include son Lawrence “Lad” MacArthur of Barrington Hills, Illinois and daughters Jennifer Wilson of Spokane, Washington and Alexa MacArthur of Mercer Island, Washington.