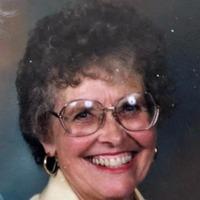 My friend Bev was so incredibly kind, talented and humble. Hair art was so beautiful because it came from her heart. She had such talent. She loved her family and I don’t think I’ve ever seen her without a smile on her face. I am so sorry for your loss and I am hoping that you can all soon remember the good times with your mom and dad. Prayers and hugs to the entire family.

Sending warm thoughts and sympathy. May you be comforted by the love that
surrounds you.

Get email updates about Beverly Christensen delivered directly to your inbox.

Beverly June Christensen, a caring wife, mother, grandmother and great-grandmother passed away on April 12th. Beverly was born in Pacific Grove, CA on October 12, 1930 and spent her early years in west Sebastopol.  She attended elementary school there and graduated from Analy High School.  In 1948 she met Norman “Whitey” Christensen while at the Russian River and the rest, as they say, is history.  They were married in 1949, started a family, raised five wonderful children and enjoyed over seventy years of happiness before Whitey passed last year.  One of their many great joys over the years was operating the Christensen’s Green Acres Christmas Tree Farm in Cotati.

Outside of her family, Beverly’s real passion was her art. She specialized in landscapes and was also commissioned to do many portraits throughout Sonoma County and beyond. As she was exceedingly modest many never knew that her work was exhibited in a variety of local art shows where she received many awards.

She was a proud member of the Pastel Society of the West Coast, the Danish Sisterhood in America #126 and a devoted parishioner of the Petaluma First Presbyterian Church. You might have also seen her visiting the Petaluma Elks Lodge #901 enjoying her time with a group of close friends.

A special thanks to Joe and Monica Hansen and staff at Green Acres Manor for their tireless, thoughtful and compassionate care.

A celebration of Beverly’s life will be held at a later date when in-person gatherings are possible.