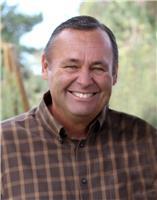 We are so deeply sorry for the loss of son, father, brother. Michelle Scruggs is my step daughter in law and my heart is with her and her family. Too young too soon❤

Incredible man, beautiful family. Our thoughts and prayers are with you all. Much love.

It's hard to forget someone who gave so much to remember. May those loving memories bring comfort you and your family.

Fond memories of Brad. Growing up we played sports together and we were in the High School musical. Fun times. It was always important knowing that when I called the Poppy Shoppe that Brad was the one making sure my Mom got the best. Great guy.

Brandon, Tracie, and Bailey, We love you and consider you to be part of our family. Thinking of you with hugs and warm wishes.

Bradley James Bateson,70, of Monrovia passed away November 13, 2021 with his family by his side. He was born in Los Angeles, CA to James and Shirley Bateson. In 1981, he was married to Sharon Bateson and they had the privilege to share the last 40 years together. He was a loving husband to Sharon, wonderful son to Shirley and James, a great brother to Debbie and Michele, an amazing dad and best friend to his three children, Brandon, Briana and Brittany, the sweetest father-in-law to Tracie, Jon and Joe, the best Pops to his four grandchildren, Cole, Kyle, Bailey and Kamryn, and one amazing friend to so many.
Brad grew up in Duarte, CA and later moved to Monrovia after graduating from Duarte High School. In 1975, he opened The Poppy Shoppe Florist with his wife, Sharon, and started their family business. Shortly after, Brad joined the Rotary Club, where he developed lifelong friends and established the business as a well-known floral shop within the community. Brad took great pride in representing his business within the Rotary Club and always enjoyed giving back to his community. The Poppy Shoppe was more than a business to so many, as Brad and Sharon employed many members of the Monrovia community for over 35 years.
His love for his business quickly carried over to his growing family of three beautiful children. Brad devoted his life to his kids and was not only a great father and friend, but coached every sport they played. Brad spent many years coaching baseball to the youth of Monrovia at MYBL, coached AYSO soccer, and Santa Anita little league softball. Coaching his three children brought him so much joy, and it was later in life when he was able to continue that joy by coaching his oldest grandson's baseball teams.
Holidays were always an exciting time at the Bateson's house as it was filled with family and traditions every year. Brad's life was full of exciting times that were always surrounded by family and friends. Life of retirement was filled with river trips to his beloved Cottonwood Cove, weekly golf at Santa Anita Golf Course with his best friends, motorcycle rides, bicycle rides from Canada to Mexico, worldwide travels with his wife and lifelong friends, and always finished the week on Sunday mornings for breakfast at Jake's Roadhouse. Once retired, his love for working never ended, as he had the privilege to work alongside his son, Brandon, for many years. Brad was a true craftsman that enjoyed building anything and everything.
Brad touched so many lives in his time here. Everyone who knew Brad, loved him. There are not enough words to describe how much he will be missed.
Brad's memorial service will be held at 3:00 PM on Saturday, December 4 at First Presbyterian Church of Monrovia.

© 2022 Forest Lawn Memorial-Park Association
We respect your privacy and will not sell your personal information. Your information will be used to periodically communicate with you about our offerings and events. Please check our Douglass & Zook Privacy Policy and Terms of Use by clicking here, or visit www.douglassandzook.com/privacy.