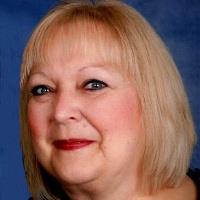 Brenda... kind, generous, thoughtful, helpful, hilarious and more! She was always giving and smiling and her laughter contagious! Such an amazing person that left her stamp with everyone she came in contact with. My deepest sympathy to her family!

Brenda was the sweetest, most kindest woman I've had the privilege and have been blessed to know. Haven't seen her in years since I moved away, but Mike, Brenda, and girls have always been in my thoughts. Words cannot express how truly sorry I am for the loss of this amazing woman. Heaven just got more brighter, happier with Brenda there. God surely said, " well done good and faithful servant"

So sorry for family and friends going through this huge loss; had the pleasure to know her for just a short time but she left a huge glorious impression on me and others

Morgan and family: So sorry for your tremendous loss. Thinking of you and hoping you find peace.

I'm so very sorry for your loss. Brenda and I used to hang out together in Jr. High when we lived in Otterbein. She was a very sweet person. Prayers and love to the family. She will be missed.

Get email updates about Brenda Smith delivered directly to your inbox.

Brenda Sue (Halsema) Smith, 64, of Lafayette passed away on Friday, July 26, 2019 at home surrounded by her loving family, after fighting a brave and hard seven year battle with cancer.

Brenda graduated from Benton Central High School in 1973. She ran Brenda’s Daycare in her home for a number of years before joining the team at Meijer for twenty years as a team leader. For many years, Brenda ran the concession stand for the Lafayette Girls Softball Jr. Boosters, where her girls played and her husband ran the league. She made many close friends through all of these jobs. She was a sweet and loving woman, with a positive attitude. Brenda was also a lifelong member of St. Mary’s Cathedral. Brenda enjoyed time spent with her beloved family above anything else in her life. Her family members were the loves of her life. Among her favorite things to do was to watch her children, grandchildren and great-grandchildren at their sporting events and 4-H events. She was their biggest supporter and cheerleader.

The family would like to give a special thank you to the staff at St. Vincent Oncology and to the Franciscan Hospice Care group for all of the care given to Brenda and the support the family received. Amanda and Julie especially were angels that were sent into our lives at the time we needed them most.

Friends may call for one hour beginning at 10:00 am, until the time of the service at 11:00 am, on Tuesday, July 30, 2019 at Soller-Baker Funeral Home, Lafayette Chapel at 400 Twyckenham Blvd. in Lafayette. Interment to follow at St. Boniface Cemetery in Lafayette. Memorial contributions can be made to the Tyler Trent Cancer Research Endowment in Memory of Brenda Smith.