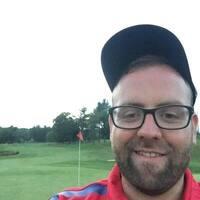 My mom and I knew Brian through his real estate practice. He was kind, professional and patient. I am so sad that he has passed because he was just much too young. Mom and I were stunned. What a loss. How terrible. How egregiously unfair.

I am so sorry to hear of Brian’s passing. Praying for the whole Buckley family during this difficult time. Sincerely, Caroline (Karle) MacKenzie

Matt, So sorry for your loss of your dear son, Brian, at such a young age. Know that we are thinking of you and your family. Niel has been keeping in touch with us. We send our thoughts and prayers to you and your extended
family. We are having a Mass for Brian on 10/1/2020 at 9:00 AM at St. Ann Church in Hull. God Bless You and your Family.
Sincerely,
Bill and Nancy Henderson
Hull

I am so very sorry for the loss of Brian. Sending my condolences, thoughts and prayers.

I'm so sorry for your loss! I have known Buckley since we were 5/6 years old!!! I'm so heartbroken hearing this! You will be truly missed! Rip Buckley!

Needless to say we are gutted by the loss off Brian......he will always be in my heart. We went through a lot over the years....I wouldn't trade that for anything. Love to Brian's family, especially you Laurie.

We are so sorry and we are thinking of all of you. With deepest sympathy. Julie, Steve, Emily and Shannon.

We are so sad to hear about Brian. Brian will be forever in our hearts. We are so sorry for your loss. You are in our thoughts and prayers. All our love Kris Blue Robb, Ryan Blue, David & Tif Blue

Get email updates about Brian Buckley delivered directly to your inbox.

Brian was born on March 25, 1982. He was a proud Somervillian, having lived there most of his life. He graduated from Somerville High School in 2000 and served in the US Army from 2000 to 2002. After his discharge from the military, he returned to Somerville for a few years before moving to Myrtle Beach in 2006. There, he completed an Associate’s Degree in Golf Course Operations & Ground Management from the Golf Academy of America in 2008. Once again Brian returned to the Somerville area in 2008. He tended and managed a bar in Harvard Square before kicking off his career in real estate in 2011.

Brian had a huge heart. He was funny and kind. One of his greatest joys in life was making people laugh. He could find humor in almost any situation. Brian was never afraid to speak his mind, and he was fiercely loyal. He was a creative soul; he dabbled in standup comedy, wrote short stories, and was even an inspiring impressionist (forever working on his Christopher Walken). His many loves included movies (he watched his favorites over and over), golf, poker, football Sundays, grilling, and most of all, spending quality time with friends and family.

Calling Hours will be held in the George L. Doherty Funeral Home, 855 Broadway (Powder House Square) Somerville on Sunday, September 20th from 2:00 PM to 6:00 PM with a Prayer Service lead by Father Paul Coughlin beginning at 4:00PM. Relatives and friends invited to attend. All attendees required to wear facial coverings, interior capacity is limited to 50 people at any given time. Attendees are asked to pay their respects to the family and exit to allow others to do the same.

A funeral service will be held on Monday, September 21 at 12:00 PM at the First Parish Universalist Church of Arlington with graveside service to follow. Due to capacity restrictions, attendance at the funeral service will be limited to close family and friends. Live streaming options will be provided to enable remote attendance by using the attached zoom link https://us02web.zoom.us/j/89994948910.

In lieu of flowers, the family respectfully asks that donations be made to Comedy Gives Back (https://www.comedygivesback.com/), an organization committed to supporting comedians in need.